The BC NDP has repeatedly campaigned on promises to increase the supply of affordable housing, and the government even has a 30-point plan to achieve its goals.

But on Galiano Island, people seeking approval for an affordable rental project have run up against the party’s president, Craig Keating, who is among those opposing their project.

Keating and his wife Joanne Young own a vacation home on 2.1 hectares near the proposed site, as well as a second house that they offer for short-term rentals through Airbnb and other websites.

Keating declined to be interviewed, but emailed a statement saying he’d been a leading proponent of affordable housing during his 20 years as a North Vancouver city councillor.

“I always fought to put these projects at the heart of our community close to the services people need, not in distant spots whose very distance would compound issues of affordability and accessibility for those who most need affordable housing options,” he said.

“Those are still my values, and I’m working with others in the Galiano community to get projects going that meet those goals and that will offer many more affordable housing units.”

The Galiano Local Trust Committee, effectively the local government, is considering a proposal from the Gulf Islands Galisle Affordable Rental Housing Society to rezone two hectares of community forest on the southeastern part of the island to allow 12 units of affordable community housing.

The forest was put under protective covenant several decades ago. But the covenant included a clause that allowed a small portion of it to be used for affordable housing.

First proposed more than a year ago, the project is waiting for a decision from the committee. A community information meeting is scheduled for Saturday.

The proposal seems to have strong support.

“My family has been renting on Galiano for 19 years,” wrote Meghan Mackay. “I hope that the needs of renters can take front stage now as it is needed more than ever before. This community needs to make this a priority and this Heritage Forest site will be a wonderful place for our island citizens to securely live.”

Caitlin Hertzman said the island is at a crossroads. “We can keep going on the road we’ve been on these last many years and hope that couchsurfing, tenting, illegal trailers and leaky outbuildings continue to (under)house the folks that keep our island working,” she wrote. “Or, we can push forward and provide safer, more secure, equitable and healthy accommodations that are affordable.”

Laurene Stefanyk wrote “Galiano needs this proposed community housing NOW. It is long overdue and such an important keystone in creating the sort of sustainable and diverse community that many desire for Galiano.”

The island is blessed to have land available at a time when governments are supporting affordable housing projects, she said. “Galiano has a long history of giving lip service to its support for affordable housing. We can do better.”

Kate Saunders asked the committee to support the project. “This community is at risk of becoming a playground for rich retirees who want to restrict access to public lands and poverty-shame those who don’t have the same privilege.”

There’s dire need for affordable housing, said Jenny Breukelman. “The fact that people have to move out of their homes in the summer to make room for seasonal rentals, or be forced to live in unsafe conditions (like mouldy rodent infested places), or forced to live illegally because there really aren’t any other options, is a shortcoming in this community.”

Everyone deserves a safe place to live, and the project “shouldn’t be delayed because of some people’s NIMBY attitudes,” she said.

And Deblekah Guin wrote that leadership from trustees is needed to get affordable homes built on the island and “I hope that we can work together to overcome the elitist NIMBYism that has played a role in keeping these projects from becoming a reality.”

Opponents of the project writing to the committee cited concerns about the availability of water, environmental impacts and the unsuitability of the location.

“My family and I, along with my neighbours, recommend suspension of the plan to rezone the community forest site for affordable housing for a number [of] reasons,” wrote Greg Tarry. Those reasons included “distance from emergency services; subsequent need for a car; and most critically, damaging the vulnerable forest — which is part of [a] forest management plan — which should be sustainable, and which is in the process of ecological restoration.”

Keating was among the opponents.

In his email to the committee members, the NDP president argued that the proposal for a “mix of market and non-market” housing was out of step with the island’s Official Community Plan requirement that any added density beyond the current zoning be for “affordable, seniors or special needs housing.”

The proposed location would require substantial upgrades to roads and services, he said. “The funds required for these necessary ancillary aspects of the project have no clear source, and even were a source to be found it flies in the face of the very object of the proposed project that significant dollars would be spent on infrastructure upgrades rather than affordable housing.”

The most important consideration, however, is the distance from the site to Galiano’s main services, Keating wrote. It is about five kilometres from the Sturdies Bay ferry terminal and nearby services.

“I’m concerned at the impacts on affordability for the proposed residents of this development that will arise because of the physical distance and geographic obstacles that stand between this proposed development and medical, transportation, educational and other services on the island.”

Residents would likely need vehicles, adding to the expense of living at the site, he said. “This would be all the more the case for any seniors or people with special needs that might live there — not to mention families with kids.”

The committee should recommend the proponents find “an alternate location for their project where these issues do not exist,” he said.

On Airbnb, Keating and Young describe their rental as “A heritage house [1912] set on five acres of fields and woods and surrounded by a hundred acres of heritage forest.” Renting it next summer would cost $350 a night, with a two-night minimum, or $2,700 a week including taxes and fees.

Jemma Lee, who has been on the island for eight years and lives in a 240-square-foot tiny home built on a wheeled trailer, said off-island landowners choosing to offer short-term vacation rentals are part of the affordable housing problem.*

“They don’t even have the good grace to rent to an islander who is desperate for housing,” she said in a phone interview.

On Galiano, and other Gulf Islands and in Victoria, the focus is on encouraging tourism at the expense of people who live long term in the communities, she said. Often the people in need of housing are the same people staffing the businesses and the services catering to short-term visitors.

“The divide between the haves and have nots is becoming greater and greater,” Lee said. “It seems to be all about making money.”

The most vocal opponents of affordable housing seem to be people who are “extremely comfortable, extremely affluent,” she said.

Lee dismissed concerns about the five-kilometre distance between the affordable housing and Galiano’s few services. “Most people who live on the island have their own transportation,” she said, noting that the island is 30 kilometres long and the ferry is at the south end. “People make it work.”

He said it’s long been much easier to get approval to build large homes on residential lots on the Gulf Islands than it is to build multi-family affordable housing.

“It’s been very, very frustrating for Southern Gulf Islanders,” he said. “They continually run into roadblocks. They continue to run into challenges, and we need to be able to find solutions.” 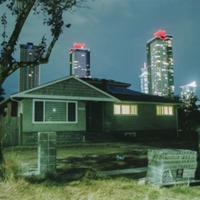 Did the NDP Do Enough to Fix BC’s Affordable Housing Crisis?

Keating is right that a site like the one in the community forest will have challenges for the people who live there, Olsen acknowledged, but argued it’s an even more challenging situation for people when the housing they need doesn’t actually exist.

While people who live part time on the islands are recognized as an important part of the local economies, it’s hard for many people who live and work year-round on the islands to afford homes, Olsen said, adding there’s no doubt that the rise of short-term vacation rentals have made many properties unavailable for longer term housing.

“It is really important that every member of the community, whether you live there year-round or you live there part time, that you’re supporting the initiatives that are needed to create the stability so that you can go and enjoy those islands part time,” he said.

“It is quite rich to be suggesting you can have a vibrant community that doesn’t have a diversity of housing,” he said. “It’s nice to show up on a ferry to a community that’s working, but there’s a whole bunch behind that that needs to be paid attention to. Those islands don’t just run magically.”