BC NDP Leader John Horgan released his party’s election platform today, promising pandemic relief payments of $1,000 per family, a freeze on rent increases until the end of 2021 and a new medical school.

“We all know that COVID-19 has challenged and changed British Columbia,” Horgan said at the morning announcement at a Vancouver hotel. “People are looking to a future that is uncertain.... They want to ensure their government is focused on them.”

The Recovery Benefit for British Columbians would be a one-time payment of $1,000 to families with annual incomes up to $125,000. Households making more than that would receive smaller amounts, phased out at incomes of $175,000. Individuals earning up to $62,000 would get $500, with smaller amounts for those making up to $87,000 a year.

Helping people who need it makes more sense than cutting taxes for those who are already wealthy as the BC Liberals would do, he said. “They’ll put this money right back into the community, investing in small businesses, making purchases that will stimulate other economic activity.”

By Horgan’s count, the platform makes 154 commitments, 60 of which are new, with “the rest building on the work we’ve already started.”

It would phase out single-use plastics, take the PST off electric bikes and offer incentives based on income for people to buy electric vehicles.

The minimum wage would be tied to inflation, and the government would develop a strategy to give people in precarious work and the gig economy more stability, including by developing new employment standards and ensuring every worker has the right to join a union.

There are promises to set up a secretariat to oversee making the province’s laws and policies consistent with the United Nations Declaration on the Rights of Indigenous Peoples, work with the BC Human Rights Commissioner on legislation allowing the collection of race-based data, and consult with stakeholders with a goal of introducing a new anti-racism act.

An NDP government would also renew its promise of a rebate for renters, this time offering $400 a year for households earning up to $80,000 who are not already receiving other support for their rent. It would also freeze rents until the end of 2021, then cap them at the rate of inflation after that.

“We’ve always felt that a renters’ rebate was an appropriate way to go forward,” Horgan said, noting that homeowners already get grants to reduce their property taxes.

“Renters should have access to public dollars as well,” he said. “We looked at it and felt having a means test was an appropriate way to go forward.... We wanted to focus this, as we have with other initiatives in this platform, on the people who need it the most.”

There’s also a promise to open a second medical school to train more doctors, nurse practitioners, nurses and other health professionals. Horgan said the government would be talking with the province’s post-secondary institutions to decide where it would best fit.

Horgan said the platform’s four main themes are creating a more affordable province for everyone, lasting and meaningful reconciliation with Indigenous people, fighting climate change to ensure a better future and putting workers and small businesses at the front of economic recovery.

Jas Johal, MLA for Richmond-Queensborough, responded to the NDP platform on behalf of the BC Liberals.

“I am skeptical this platform was put together in the past two weeks,” Johal said. “It shows the NDP has held back help for those who really needed it. They’re using the public’s own money to bribe them during an unnecessary pandemic election.” 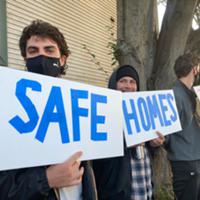 Where They Stand: Homelessness and Housing

The money was approved by the legislative assembly and was available for pandemic relief since March, but instead of providing it to people when they most needed it the NDP held onto it to announce during the election, Johal said.

BC Green Party Leader Sonia Furstenau, who today announced $500 a month for stay-at-home parents with children under three-years-old and support for early childhood education, said the NDP platform takes ideas from the other parties.

“I like that the NDP are taking ideas from both the BC Liberal Party and the Green party, a lot of ideas from the Green party, and putting that into their platform, but we could be doing that in the legislature,” she said. “They had the conditions in the legislature to move forward with all of these initiatives that they are proposing and instead we’re here on this election campaign.”

She said Horgan is making it clear that he doesn’t want to work together, as MLAs should be doing to serve British Columbians during the pandemic, but instead wants to work with more power and less accountability.

*Story updated on Oct. 6 at 2:17 p.m. to add responses from the BC Liberals and BC Green Party.