Two clinics that began offering online abortion services during the pandemic are seeing a surge in patients, highlighting the lack of reproductive health services available for patients outside the Lower Mainland.

Before the pandemic hit, the Willow Clinic in Vancouver was the only place in B.C. offering abortion services without requiring an in-person visit.

But the pandemic encouraged Vancouver’s Elizabeth Bagshaw Clinic and sister clinic Everywoman’s Health Centre to move ahead more quickly with plans to offer the service, tripling the number of clinics patients can choose from to obtain the required medication.

“When the pandemic hit, we obviously all had to hurry to figure out how to not decrease barriers to accessing service, even in a context where we needed to minimize clients’ contact,” said Bagshaw’s executive director Katrina Pacey.

“Once [telephone service] happened, it became really clear that it was important. Both because it’s a really effective way to deliver the service, but also it truly increases access in such a meaningful way for people across B.C.”

Before March, the Bagshaw Clinic was performing about 30 surgical abortions and up to 18 abortions using medications weekly.

Now, it averages about 20 surgical abortions and 50 abortions via telehealth per week.

“We became more accessible province-wide because people didn’t have to actually travel to Vancouver to come to our clinic,” said Pacey.

The abortions use a drug called Mifegymiso, the commercial name for oral medications mifepristone and misoprostol. The drug is used within the first 10 weeks and ends pregnancy safely and effectively in 94 to 98 per cent of cases. About 35 per cent of abortions in B.C. in 2018 used medication rather than surgical procedures.

In online abortions, patients have online or phone consultations with physicians and counsellors instead of meeting in person. Prescriptions are sent to local pharmacies for patients to pick up or couriered to their door. Any necessary lab work or ultrasounds are done by a local lab and the results are assessed by a physician at the clinic.

When Mifegymiso became available in 2017, it was seen as a way to expand abortion access in rural and remote communities where patients may not have access to a reproductive health clinic offering surgical abortions or the ability to travel to one.

But some family doctors are unfamiliar with how the pill works or don’t know how to support someone seeking an abortion. Patients may also be uncomfortable asking their family doctor for the medication in small communities for fear of stigma.

A 2019 Globe and Mail investigation found that at least 69 per cent of prescriptions for Mifegymiso are still issued by clinics in large urban centres across Canada.

That’s why having two more online clinics to work alongside Willow Clinic and provide services for people across B.C. is a huge step, Pacey said.

It used to be that people from outside Vancouver would call the Bagshaw Clinic and they would have to tell them to call the Willow Clinic and hope for an opening or come to Vancouver for services.

Now patients can do everything over the phone with Bagshaw, then go to their local pharmacies and access the medication they need, she said. “Even for people who are local, who have responsibilities that make it difficult to make it to an appointment, this just alleviates a whole bunch of those barriers.”

The clinic is still working hard to make sure it can keep the telehealth program running well. It’s worked on materials for pharmacists and the best way to schedule telephone or online appointments. 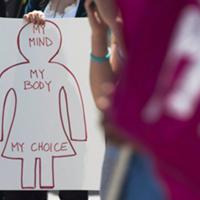 “It has been a complicated and multi-pronged thing,” said Pacey, noting that they hope to transition to video appointments soon. “But at the end of the day, the uptake was quick and straightforward from the client perspective, because the need was there.”

But the expansion doesn’t change the fact that many parts of northern and interior B.C. have limited access to in-person abortion care.

The concentration of services in the Lower Mainland means that people in other communities shoulder the costs of travelling and taking time off work for surgical abortions, taking them outside their communities and support systems for what can be a taxing and emotional procedure.

Demand is still surging in the Kootenays and throughout the Fraser Valley, Pacey said.