It’s been six weeks since a coalition of First Nations and municipalities on B.C.’s coast wrote the provincial and federal governments asking for urgent action to keep COVID-19 from spreading in the region.

But they’ve heard nothing in response, despite their warnings of the serious risk COVID-19 poses for Elders and others in vulnerable communities.

Heiltsuk Chief Marilyn Slett was also one of the 18 elected leaders on the north and central coast who signed the April 6 letter.

“B.C. and Canada aren’t talking with us about making sure our communities are safe and our jurisdictions align,” she said. “I understand they want to ease the restrictions and reopen, but it can’t be on the backs of rural communities.”

The pandemic’s heightened risks for northern and remote communities are raising the stakes as First Nations attempt to exercise their rights to self-government.

The coalition has already implemented restrictions to stop non-essential travellers and visitors from entering their borders.

But the federal and provincial and federal governments have failed to respond to the request for co-operation and support, First Nations leaders say.

First Nations have redeployed staff to monitor marinas and BC Ferries terminals, asking any non-essential travellers to leave and informing them of the closure of most services in the communities.

There have been relatively few visitors so far, but communities worry that more travellers will come as B.C. reopens businesses and services.

Slett acknowledged the governments are handling a large and complex crisis.

But First Nations have experienced pandemics and understand the consequences. They have deep collective memories of how smallpox and the Spanish flu, combined with government inaction and policies, decimated their peoples.

Nanus Mike Tallio, a hereditary chief of the Nuxalk Nation around Bella Coola, said that knowledge shaped his nation’s response.

“When we first started this checkpoint, it was to protect our community members from the virus,” he said. “We’ve been through so much in the past, and this is one we’re not going to sit back and let it take its course.”

Webber and Gaagwiis Jason Alsop, president of the Haida Nation, said First Nations are particularly vulnerable because of limited health-care resources and overcrowding in multigenerational homes.

In Bella Bella, Heiltsuk community leaders have been creating a surge space for 23 additional hospital beds, “just hoping we never have to use it,” said Slett.

The April 6 letter noted Elders are at higher risk of serious illness or death and are also important keepers of community traditions, language and knowledge.

The Heiltsuk Nation has only 30 fluent speakers of its language Haíɫzaqvḷa, all of whom are over 75. In there are only three fluent Haida speakers in the Haida Nation speakers.

An outbreak in Alert Bay near the north tip of Vancouver Island that led to the death of an Elder hit close to home in many communities.

Slett said the lack of response to the letter is shocking.

“We cannot afford to wait for something to happen before we start working together to protect our communities, because that is too late.”

After questions from The Tyee, the B.C. Ministry of Transportation and Infrastructure said Friday that talks were underway to organize meetings between First Nations and ministers.

On Saturday, Dave Crebo, a ministry spokesperson, said a meeting between First Nations leaders and a number of ministers is now scheduled for this Friday.*

Communities on the northern and central coast have long come together to protect their lands and peoples from resource extraction projects, but the life-and-death stakes of the pandemic mean that they are co-ordinating in a very different way.

“This is maybe the most where we’re actively working together in the ground, not just on the legal front right now,” Gaagwiis said, noting this coalition remind him of opposition posed to the Northern Gateway pipeline project.

The nations and communities have been sharing information on the pandemic, he said, as the province isn’t reporting details on where there are cases.

Gaagwiis said he understands the concern about stigmatizing communities, but “it’s hard not to feel at times as though it’s a bit paternalistic.”

Paige Raibmon, an expert in First Nations history in B.C. at the University of British Columbia, said local knowledge and community practice are important in building solutions that work for specific communities.

For Nuxalk Hereditary Chief Sixilaaxayc Noel Pootlass the collaboration to battle COVID-19 is an embodiment of the prophecy of the Five Thunders, a story passed through Nuxalk ancestors.*

The Five Thunders, recognized as supernatural beings among coastal First Nations, “stand together to make one,” he said. “They all have different thunders, but the same need for power of spirit.” 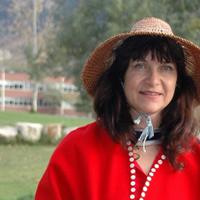 Raibmon said the coalition is a continuation of collaboration among First Nations.

“What we tend to see in the media are individual instances where Indigenous peoples protest or raise complaints or raise issues,” said Raibmon, pointing to opposition to the Coastal GasLink pipeline project by Wet’suwet’en hereditary chiefs.

“I think often the public gets the impression that these are separate cases… but it’s always also actually about a single fight, which is the fight for rights and title.”

In the Haida Nation, Gaagwiis says the crisis has reinforced the need to be self-governing. An approach to pandemic prevention developed by other governments doesn’t work for First Nations communities, he said.

“All of a sudden it really elevates the need to be self-governing to these other areas that maybe we haven’t been putting enough effort to, like the true well-being of your people and their lives and the culture,” he said.

Gaagwiis has been spending more time with his grandmother at home, working on their garden and on the Haida language. Many more people are cultivating gardens to bolster their own food security and fishing trips among family members are more frequent.

“We’re dealing with risk to human lives here, and the heightened sense of responsibility as a government and as citizens to do our part is felt by everyone,” he said.

Concerns for the safety of their communities are mounting, but leaders see this as a time to reiterate the need for self-government to be recognized and respected by the province as a matter of life or death for their communities.

“It’s been such a pleasure to unite with every nation around the coast and the interior, we hope this continues on and this becomes stronger as one heart and one mind, and that things will look up for the future,” said Nanus.

*Story amended May 17 at 5:07 p.m. to correct the attribution of a quote from Chief Sixilaaxayc Noel Pootlass and provide updated information from the B.C. government.