[Editor’s note: The following is adapted from “From Berth to Death,” an in-depth November 2019 article in Hakai Magazine on how sea travel hastened the Spanish flu pandemic. We highly recommend it.]

Michael Worobey is a biologist at the University of Arizona who studies the evolution of flu viruses past and present. He is an expert on how global travel enables viral pandemics.

Worobey is a scientist now, but he once worked as a forest fire fighter in British Columbia. He says that in that industry, monitoring for fires is a constant thing. Weather is monitored. Every lightning strike is triangulated. Flights are sent out at the first sign of smoke. He says it would be easy, albeit costly up front, to introduce a routine global monitoring system for influenza and other diseases, including reporting illnesses, sequencing virus samples, and tracking the first signs of trouble.

But Worobey says there isn’t a comprehensive surveillance system that would catch new outbreaks of influenza and other viruses dangerous to humans.

The World Health Organization coordinates a network of national laboratories that can help detect if a new pathogen emerges, but many parts of the world (such as sub-Saharan Africa) aren’t sufficiently covered by this network.

Further, surveillance is largely reactive, not proactive. National science labs research the samples of pathogens that come from hospitals or doctors’ offices, only screening or sequencing a virus once lots of people fall sick. 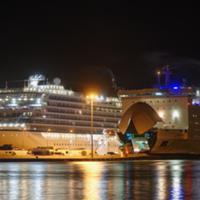 Take the 2015–16 outbreak of the Zika virus in the United States as an example: it reached Florida and Texas from an outbreak in Brazil from travelers who arrived on cruise ships and airplanes. Without anything in place to raise red flags when Zika first appeared, Worobey says the virus was probably circulating in the western hemisphere for more than a year before anyone noticed it.

Over more than a century of epidemiological experiences, we should know by now how necessary it is to be cautious and vigilant — and how monitoring infectious diseases can avert disaster. Why doesn’t the world have more tools?

“We’re always way behind the eight ball,” Worobey says of pandemics. “It doesn’t have to be that way.”

When it comes to influenza, he says that public health labs often only check the type of antigens to try to track what strains are going around. But they could track the source and spread of influenza outbreaks more accurately by taking it a step further and genetically sequencing the circulating viruses.

SARS-CoV-2 — the respiratory virus that causes the disease COVID-19 — is different from influenza in that it’s a novel cold-like virus. Homo sapiens have never experienced it before and are not immune, which makes the history of influenza spread extremely relevant.

Before steamships, a flu virus could come on board a sailing ship making a transatlantic crossing but not survive to disembark. “It could move through the whole ship’s population and be gone by the time you get to the port four weeks later,” Worobey says.

The first foreshadowing of flu’s global potential in the steamship era was a Russian flu outbreak in 1890. 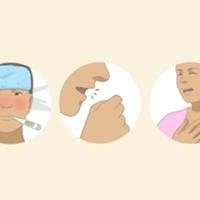 This outbreak was mild but spread fast. It reached the U.S. from Saint Petersburg, Russia, in 70 days, and traversed the planet in just four months. One British account noted, for example, that in Singapore the disease arrived via mail ships from Britain and other ports to the west. The sick spread the flu to wharf workers and from there the infection was passed from person to person. A 2010 study called the Russian pandemic the first to occur in a “highly connected world,” one linked by trains and steamships.

The globalness of the Russian and subsequent Spanish flu, which infected at least one in four people on the planet and killed 50 million, was likely a result of steamships. “That was probably the first time in history where you could have, within a matter of a couple weeks, flu viruses that could get to pretty much every corner of the world,” Worobey says.

The world is more connected now than it was in 1918, and those connections are growing. Last year, Qantas Airlines completed the world’s longest flight — just over 19 hours, New York to Sydney nonstop. In 2018, Royal Caribbean debuted the world’s largest cruise ship, Symphony of the Seas, a 6,800-capacity, 22-restaurant behemoth.

COVID-19 reminds us yet again that pandemics do happen and from past experience we have good data on how they may unfold. Next time, using this knowledge to spot the first signs of trouble would be a real shot in the arm for mitigating the effects.