Indoctrination starts early. Take Amy Hanser’s family — they are public transit people. And what did Hanser, a UBC associate sociology professor, do after tucking in her five-year-old son each night?

“For a while at bedtime, he asked me to read him the bus alerts,” she says. “We would scroll through the stoppages, temporary closures, cancellations. This kid loves the bus.”

Clearly the young man is navigating by his mother’s Compass. Hanser has spent most of the last year studying transit riders, their behaviour, and the unspoken rules of bus etiquette, mapping a route through academia with frequent scheduled stops.

If you should see her on the 22 Macdonald or 19 Stanley Park in Vancouver discreetly observing, pay her no mind. But don’t manspread. And no littering.

Hanser, a Massachusetts native who spent years in northern China and northern California before arriving here in 2005, started riding the bus in her 20s. “Ever since I’ve been a bus rider,” she says.

Last spring, she finally made a grant application for a study of public behaviour on public transit. “Years ago, I remember saying to my friends, ‘I want to do a study on the bus.’ And it’s taken me this long.”

She has long been fascinated by the dynamics of transit. “The way people interact, the mix of people, the way the bus changes throughout the city. When I lived in California, it was very striking riding from Berkeley to Oakland, how the racial makeup of the bus changed, and the social environment changes — people interact with each other a lot more in the black community than in the whiter neighbourhoods.”

It is no surprise that Rosa Parks’ seminal civil rights moment took place on a city bus in Montgomery, Alabama. In any city the bus is a shared, confined space that can become the front line in the battle to define codes of public behaviour.

“From a sociological perspective, there’s a fairly long history of studying social interaction,” Hanser says. “You can take a lot of those insights and apply them to the bus. Layered on top of that are these neighbourhood dynamics, and all of the ways that we are different from each other and how we have to navigate that in a really tight space. Age, physical mobility, race or ethnicity, cognitive disabilities, gender, mannerisms, cultural differences. There’s a mixture of experienced and inexperienced riders, newcomers and old-timers.”

For the purposes of her study she decided to specialize in regular-sized buses making regular runs — no SkyTrain, express buses or even articulated buses. “They’re very different, in interesting ways,” she says.

Like an experienced wildlife photographer, she must choose her spot carefully. “I have a spot where I can see everything and just take notes on what I observe.”

Unlike a wildlife photographer, she can’t set up a blind — she’s there in plain sight, observing. “I started out taking notes on paper, but it was too conspicuous,” she says. “Now I just type into my phone and nobody notices.”

On the most basic level, bus behaviour centres on occupying prime real estate.

“The clear preference is for front-facing seats with no one beside you,” she says. “People near the back distribute themselves very carefully, usually so there’s a seat between people, until you can’t do that anymore. Every once in a while, I’ll see someone violate that. It’s not like anyone does or says anything but I’ll be thinking, ‘Ooh, that was not what most people do!’”

Not that it’s a free-for-all. Bus etiquette is generally respected.

“People adhere to a clear schema of where you should sit,” Hanser says, citing as an example the front seats reserved for seniors, the disabled, and strollers. “If you’re not someone clearly entitled to those front seats, most people avoid them. Most people are very diligent about not taking those seats.”

She has even noted people who publicly shame manspreaders (those boors who will not keep their legs together), and people who will not give up their seats to the elderly. “It’s like a form of bus vigilantism,” she says.

“You can watch people all you want,” she says, “but you have to be cautious about imputing motives to them. I can observe patterns of behaviour, but I have to be very conservative about what I claim is happening in people’s heads. Although I have lots of theories.”

To gain more insight she has begun interviewing bus riders.

“It’s a conversation that people around the bus can all have, but they’ve never had it before because nobody asks you: ‘Do you have a favourite seat? Where do you wait for the bus? Do you talk with strangers? What makes you uncomfortable? Have you had an especially good or bad experience?’ They’re really fun conversations. People’s rationales for doing things are not what I expected.

“I feel like there’s a hunger from the public for the opportunity to talk about experiences on transit. Not how efficient it is, or how expensive it is, or how it’s organized logistically, but what it feels like to ride transit. You can come up with so many stories. People have a lot more affection for the bus than I would have expected.”

Of course, 21st-century bus riders have something their primitive ancestors lacked.

Some riders direct their attention elsewhere — to the drivers. The bus driver can be a reassuring figure (unless it turns out to be Sandra Bullock).

“Bus drivers are what sociologist Erving Goffman called ‘open people,’” Hanser says. “They are people that it’s OK to approach in public. That’s part of their job. It can go far beyond questions about where people want to go.”

Growing up in Manitoba, I was accustomed to passengers thanking drivers when disembarking, as they frequently do here. But it was a novelty for Hanser.

“I’ve never been anywhere else where people thank the bus drivers,” she says. “I think it’s great. It’s acknowledging that the driver did you a service.”

(When I mention that years ago a transit driver told me of the existence of “bus groupies” who know the routes and schedules of particular drivers, Hanser professes ignorance. “But it wouldn’t be surprising,” she notes.)

Not every public transit encounter is benign. There can be violence as well as difficult encounters with people suffering from mental illness. So far Hanser hasn’t personally observed any violence on Vancouver buses.

“I did see a fist fight in Oakland,” she recalls. “Everybody had pushed away from these two men. The bus driver stands up, opens the back door and yells ‘Get off the bus!’ They physically fall out of the bus, just drop. She slams the door shut and drives off. There was blood on the floor.”

Hanser did speak to a Vancouver student who experienced a disturbing incident involving a paranoid passenger who accused everyone on the bus of stealing his money.

“It created chaos,” Hanser says. “I don’t think people should feel guilty for being fearful or not knowing what to do. But I think it’s useful for us to recognize that the bus confronts us with those really challenging social interactions.”

One of her interviews was with a local man who has previously suffered from schizophrenic episodes.

“That was amazing actually,” she says. “He could talk about his experiences riding the bus while he was ill. He said something that I thought was really profound — he said for him the bus was a place where he could find human connection at a difficult point in his life. The people who interacted with him without fear were grounding for him.”

These days a different sort of illness is top of mind for many mask-wearing commuters. With the news full of coronavirus reports, public spaces, particularly close-packed ones like buses, carry a new level of anxiety.

“I haven’t observed any obvious expressions of these kinds of fears on my recent bus rides,” she says, “but I have heard about negative experiences people had in Toronto back in 2003 with the SARS epidemic. To be honest, nobody likes to sit next to an obviously ill person on the bus. But with the coronavirus, the possibility for this concern to take on a much stronger, and racialized, tone is very real. We know this from past experience.”

Whether it’s health concerns or just general distaste, there will always be those with a strong antipathy for rubbing shoulders with crowds of strangers.

“I think that for some people, public transit is still hard to imagine,” Hanser admits. “It could be that there is still class stigma. But I think there’s a younger generation that has a very different orientation. I think one of the real accomplishments of the metro region is that’s not the image of transit here. Lots of people ride it. For many people, it’s just an ordinary part of their lives. I think there’s also people who really value transit. It’s a marker of pride, it indicates their belief in a certain kind of urbanism, their concern for the environment. Or they just enjoy the experience it offers.

“When we talk about transit, we often talk about problems. Transit is actually a place where we engage in a lot of mutual courtesies. And that’s one of the things I want to dive into, how much we offer each other, even if we seem to be ignoring each other, we’re engaged in something that’s very social and collective and often quite respectful.”

Hanser’s transit study doesn’t overlap with her UBC classroom curriculum. Instead she teaches a course on another fascinating aspect of public life: food. 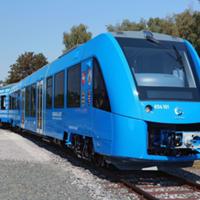 A Bold Proposal to Make Surrey’s Mayor a Transit Hero

“We work our way through talking about class and food, ethnicity, national identity,” she says. “We talk about the politics of food, the policies and regulations. We talk about obesity and how that epidemic was framed.

“It’s the one class where students are really able to offer up personal stories, and I am learning. I have students from Morocco, Turkey, Lebanon, Spain, Mexico, Iranian backgrounds, Polish backgrounds, Chinese backgrounds, and on and on. There are a lot of classes at UBC that are really diverse, but this is the one where I really get a sense of what that means.”

Although Hanser is not currently teaching UBC students about the sociology of transit riding, the buses themselves can be educational. Take her transit-crazy young son — Vancouver buses gave him his first math lessons.