Only 20 per cent of British Columbia’s kids are from single-parent families. Yet they make up more than half of the almost 164,000 children in the province living in poverty.

And 85 per cent of low-income B.C. single parents identified as female in the last census.

"We can’t talk about child poverty without talking about women’s poverty," said Stephanie Skourtes, a sociologist and board member for the non-profit Single Mothers’ Alliance BC.

"There’s this myth now that women are on par, equal or surpassing the rights, privileges and income level of men. And that isn’t the situation."

According to the 2019 BC Child Poverty Report Card, released last week by First Call: BC Child and Youth Advocacy Coalition, 19.1 per cent of all B.C. kids live in poverty.

There are many reasons single parents are more likely to be poor. More of them are receiving welfare or disability assistance — 84 per cent of all families with kids receiving assistance are single-parent led. Those rates leave families below the poverty line.

And almost two-thirds of minimum wage earners in the province are women.

WHO SHOULD WE COPY?

Some regions are more generous to single parents than others. Here are a few offering more support to lone parents. Quebec halved its single mom poverty rate between 2003 and 2007, to 21.7 per cent from 41.6 per cent. Quebec parents pay anywhere from $8 to $22 per day for their universal childcare system, which has been cited as the reason 85 per cent of moms work in Quebec, compared to 80 per cent nationwide.

With almost 30 per cent of kids ages under 14 living in single-parent homes, Denmark had the highest rate of single parents out of all the Organisation for Economic Co-operation and Development’s 34 member countries in 2014. More than three-quarters of those families were led by women. Nearly 100 per cent of children over three are in daycare in Denmark, where fees range from five to 25 per cent of the actual cost of providing care, with government providing the rest.

Finland provides parents with subsidies for public childcare spaces and private and home-based early childhood education. Childcare fees are based on parents’ income, while parents with more than one child see sibling fees reduced by 20 to 50 per cent.

Estonia offers the most parental leave for women out of all OECD countries at 85 weeks at 100 per cent of their normal salary. — Katie Hyslop

All agree current government policies entrench single-mom poverty, and that racialized, Indigenous, transgender and disabled mothers are more likely to be in poverty and languish there for years.

Each new or changed policy must be viewed through a gender, race and ability lens in order to aid those living in the deepest, longest-term poverty, advocates noted. And government must monitor — and be accountable for, and transparent about — their policies’ impact on poverty.

Here are the solutions that emerged from the interviews.

Abolish lower minimum wages for positions like liquor servers, who now are guaranteed $12.70. Nearly 60 per cent of accommodation and food service workers, which includes liquor servers, were women in 2017. (Elba Bendo, director of law reform for West Coast LEAF, noted there are also "very high rates of harassment and discrimination in those jobs.")

Change disability assistance rules to provide benefits to parents of children with complex needs who require 24/7 care. Those parents are now designated "expected to work," which brings lower assistance rates. "You’re on regular assistance, but the fact that you can’t work, have trouble sustaining work, because of your child or you’re a full-time caregiver, is not recognized," said Adrienne Montani, First Call’s provincial coordinator.

Expand the B.C.’s Single Parents Employment Initiative. The initiative, launched in fall 2015, has provided thousands of single parents on assistance with funding to go back to school and pay for childcare and transit costs while continuing to receive income assistance. But there are limitations. Parents must enrol in a 12-month education program in a government-approved area of study, and childcare spaces and transit must be available in their area. Montani would like to see the program expanded to include four-year degrees, so parents have an opportunity to earn more money, and eligibility open to all parents.*

Reform parental leave. Canada is well-known for its parental leave. But government-funded leave under the Employment Insurance system isn’t open to parents who didn’t work the required minimum hours before giving birth. "Women have more trouble hitting those eligibility thresholds," said Montani. "And then there’s the issue of the adequacy of the benefit."

Payments are limited to a maximum 55 per cent of your regular income. Advocates say we should be more like Quebec, which has its own parental benefits plan which provides up to 75 per cent of parents’ income.

Expand rent control. B.C. limits rental increases to the rate of inflation, but the limit applies to the tenant, not the unit. As soon as a tenant moves out, there are no limits on raising the rent. Bendo proposes rent caps should be tied to the unit, limiting how much a landlord can increase rent when a unit is vacated. Housing costs are a significant factor in single-parent poverty.

Expand the number of social and co-op housing units large enough for families. The average market rent for a two-bedroom apartment in Metro Vancouver last fall was $1,748, while a unit with three or more bedrooms rented for an average $2,063. For a single parent with two children on income assistance, rent would take almost 75 per cent of their income.

Increase transition housing for women experiencing domestic violence, and ensure it is accessible for trans, disabled, Indigenous and racialized women. 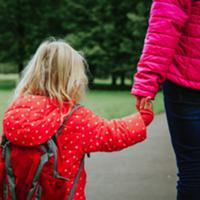 One in Five Children Still Live in Poverty in BC. Can We Ever Improve?

Increase enforcement of child support payments. In 2014 the federal government estimated over $3.7 billion in unpaid child support was owed to parents.

Expand legal aid assistance to women in divorce or custody cases and in disputes over child support.

Invest more in prevention of domestic violence and supports for women fleeing abusive partners, including greater mental health supports for perpetrators and their families.

*Story updated on Jan. 24 at 3:30 p.m. to clarify that Adrienne Montani of First Call would like eligibility for B.C.’s Single Parents Employment Initiative to be open to all parents on income assistance.