Quesnel seems like the kind of small town you’d pick to raise a family or retire.

The community of about 10,000 people on the Fraser River is surrounded by forests and mountains — a place to escape big city problems.

But Maclean’s magazine says Quesnel’s crime stats make it the third most dangerous place to live in Canada.

Two years ago, the community about 120 kilometres south of Prince George didn’t even make the magazine’s list of the most dangerous 229 communities.

People told The Tyee they hardly recognize the town, which — like many communities across the north — has been grappling with a spike in crime and drug use.

“People are living in fear and are reluctant to come downtown or leave their homes,” said Debra McKelvie, who owns a floral shop in the city's downtown. “We are faced with aggressive panhandling, being followed into our banks and having our windows smashed out of our vehicles by addicts looking for anything of value to fuel their drug habits.

“We have a lovely downtown, and we’re trying desperately to hang onto it.”

In Quesnel, crimes like drug trafficking, robbery and breaking and entering have risen to three to four times the national average. Three other northern B.C. communities placed high on the Maclean’s list of most dangerous communities — Terrace at 11, Prince George at 14, and Prince Rupert at 20.

Northern and Interior communities are struggling with the opioid crisis and resulting crime and homelessness.

The public and media focus has been on Vancouver. But Northern Health and the Vancouver Coastal Health Authority had almost the same rate of illicit drug deaths in the first 10 months of 2019, according to the BC Coroners Service.

In Quesnel, McKelvie and other residents have formed Quesnel in Action, a citizens’ group calling for increased services for addiction and mental health. The group has held two recent rallies and collected more than 900 letters from concerned residents, which have been forwarded to federal and provincial governments.

“My place of business has been broken into,” she says. “The business community is getting hit the worst. I can’t think of any business that hasn’t been broken into or that somebody hasn’t attempted to break into.”

Melanie MacDonald is the executive director for Quesnel Shelter and Support Society and works directly with Quesnel’s homeless population through the Seasons House emergency shelter. She cautions against linking the entire homeless population with drugs and crime. But the impacts of the opioid crisis can’t be ignored, she says.

“People are really desperate out there, living in poverty, and really struggling,” she says. “It’s a really difficult situation that’s happening across our province right now.”

A decade ago Seasons House was providing services to about 200 individuals a year. Today, it serves between 300 and 350, she says. The shelter is funded for 15 beds plus 10 additional beds during winter months, but is routinely over capacity. At times, it has accommodated up to 40 people.

“We are bursting at the seams, and we have been for years,” MacDonald says.

Again, Quesnel is not alone.

In 2018, homeless counts were conducted across B.C. Quesnel wasn’t included. But a count was done in Williams Lake, about 100 kilometres south, with a similar population.

MacDonald estimates at least half of those using the shelter in Quesnel are affected by drug use.

“It’s really difficult, because I don’t think we have the resources available in our little community for them,” she says. “Along with housing, you need deep investment in mental health and substance use supports for people and other supports, like trauma counselling.”

The shelter is considered low-barrier — there are comparatively fewer rules for accessing services. But some people still can’t be accommodated due to extreme mental health or substance abuse issues.

And in Quesnel’s winters, that can be a matter of life and death.

“That’s really concerning to me, when there’s people out there who I can’t provide services to, because we are the last door,” MacDonald says. “In our northern communities, when we have people who are homeless outdoors, they’re really at risk of freezing to death.”

The lack of local services is a barrier for people trying to deal with drug use. People who seek treatment face waiting lists and have to find ways to travel to other communities to access programs. If they do complete treatment, returning home to Quesnel — without housing or supports — can be hard.

“Ideally, you need a really supportive environment where people can access different supports and not be tossed back into the same mess they just walked away from,” MacDonald says.

In an emailed statement, acting chief medical health officer Raina Fumerton pointed to the authority’s Opioid Agonist Treatment, a harm-reduction approach based on overdose survival training, wider availability of naloxone — a drug that reverses opioid overdoses — and use of substitute medications like methadone. Counselling, education, support and facilitating access to treatment and relapse-prevention services are also part of the program.

Fumerton said the harm-reduction program has grown from 10 to 60 providers in three years.

“I think the whole harm-reduction approach, and we’ve been very clear with the federal and provincial governments when we can engage them, has no community mindedness to it,” he says. “You get needles spread all over your community.”

McKelvie estimates that over 400 harm-reduction kits were handed out each day in Quesnel this summer. Each kit contains 10 needles. Too many end up discarded on the community’s streets or in parks, she says.

The city worked with Northern Health and BC Housing to fund a cleanup program that removed needles from public areas. But funding ran out and the program ended.

“We don’t have the resources to sustain those kinds of programs,” Simpson said. “We just lost another mill in Quesnel. We’re going to be losing up to $400,000 in taxation starting in 2020.”

At the same time, Quesnel is increasing spending on policing. The RCMP delivers police services, promising to provide 21 officers.

Council approved funding for two more Mounties and additional bylaw officers in this year’s budget, an expense of almost $500,000 annually.

But Simpson noted the RCMP is rarely able to provide a full roster of officers in the detachment.

Last month the RCMP announced service cuts in B.C. in response to a projected $10.7-million deficit.

The RCMP did not respond to questions about how rural detachments would be affected. 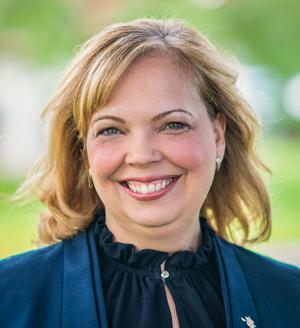 But Coralee Oakes, the BC Liberal MLA for Cariboo North, said the cuts could make a bad situation worse.

“Our RCMP right now are dealing with, on average, over 100 serious case files per member,” she says. That’s twice the number officers handle in communities like Surrey.

As Quesnel faces an economic downturn, communities to the north along Highway 16 brace for an onslaught of industrial development as liquefied natural gas projects and related pipelines move ahead.

In Terrace, residents and the city say the projects are already bringing increased crime and social problems.

Both addiction and a decrease in affordable housing due to LNG projects are being blamed for a tent city that stirred controversy in the community this summer.

A recent homelessness survey done by Coast Mountain College social work students identified 71 individuals living on the street. Of those, 69 per cent reported struggling with addiction and nearly half, 43 per cent, said they had been in the community for at least a decade.

Terrace Mayor Carol Leclerc says the homeless population is made up of long-time residents and those who come looking for work.

“Definitely there’s mental health problems, addiction problems and people whose rents are going up,” she says. “We lack the resources. We are so under-resourced compared to what Victoria or the Lower Mainland have.”

A total of 112 units of supportive housing opened this year in Smithers, Terrace and Prince Rupert. Funded by the province’s Rapid Response to Homelessness program, the developments offer meal programs, life and employments skills training and health and wellness support services.

“We have something happening in our community that hasn’t happened before,” she says. “We have a big project with camps and we haven’t experienced that.”

The supportive housing that opened in Smithers in February — Goodacre Place — has already made a difference, she says.

“As soon as you put people into housing, a bunch of things happen,” she says. “You get basic needs cared for, and you put your energy into the other things that are stopping you from getting on with your life. Once you have housing, maybe you can afford a little extra to get your resume done.”

“Housing is one piece, but we need the supports. We are burning out all of our social service agencies. Our RCMP are so stretched to the limit, we’re setting that system up for failure.”

McKelvie says that is certainly true for Quesnel.

“Something needs to be done. These people are not going to go away. It’s an absolute crisis. So, the government’s going to have to pony up and dig into their coffers and give us the resources we need,” she says.

“I think that the leaders in government need to open their eyes and realize how serious this opiate crisis is.”