British Columbia has the highest rate of evictions and foreclosure in the country, according to new data from Statistics Canada.

Ten per cent of British Columbians who moved in the last five years say their housing change was “forced” because their landlord had evicted them or a bank had foreclosed on their home.

That’s the highest rate of forced moves in the country, and almost 70 per cent higher than the national rate.

Based on the report, 81,200 British Columbians were evicted or lost their home to foreclosure over the past five years.

Nathanael Lauster, a sociology professor at the University of British Columbia, says the report highlights the region’s housing problems.

“It’s yet another indicator that relative to the rest of the nation, B.C. has a housing crisis that’s broadly felt,” he said.

Shirley Gassner, a renter in New Westminster who faced eviction from her building in late 2018, had a blunter response: “Disgusting.”

In 2015 and 2016 property prices jumped by well over 30 per cent a year in some Metro Vancouver neighbourhoods. Rental prices also increased at record rates, according to the Canada Mortgage and Housing Corporation.

Evictions can bring devastating consequences for tenants who have been in buildings for several years.

Rent controls limit increases for tenants who remain in the same apartment. But if they’re evicted and forced to find a new place to live, landlords can charge current market rates.

Gassner, who is retired and living on a fixed income, currently pays $650 a month. When she feared eviction, she researched options and found her rent would more than double to at least $1,500 a month — well over half her income.

“It was a whole scary year, of not knowing, the uncertainty,” Gassner said. “My greatest concern — whether (tenants) are young or old or disabled — is that people are going to end up homeless.”

Lauster said it’s troubling that British Columbians are less likely to move for positive reasons like buying a home or finding better housing or a more desirable neighbourhood.

“Together, that indicates that housing options as a whole are really constrained here, and it indicates the ratcheting effect of housing insecurity, especially for tenants,” he said.

Andy Yan, an urban planner and the director of Simon Fraser University’s City Program, noted the Statistics Canada data is province-wide. The eviction and foreclosure rate could be even higher for some urban areas.

Yan and Simon Fraser University geography professor Nicholas Blomley completed a study in 2018 that showed rental disputes between tenants and landlords are on the rise, especially in Metro Vancouver suburbs like Maple Ridge and Port Coquitlam.

Lauster said it’s also a concern that so much of B.C.’s rental housing stock is in the secondary rental market — rented condos and basement suites. It’s much easier for landlords to evict tenants for reasons like family use. Tenants have more rights when they rent in apartment buildings.

Some Metro Vancouver cities have responded with new policies after hearing stories about eviction from tenants.

When the City of New Westminster analyzed its own data in 2018, staff found that 315 households had been “renovicted” over the past two years.

In February, New Westminster council passed a bylaw aimed at stopping landlords from evicting tenants by claiming the need to do small renovations. Port Coquitlam followed with a similar bylaw.

In June, the City of Vancouver introduced policies aimed at reducing renovictions, which included requiring landlords to pay long-time tenants higher compensation if they’re evicted to allow renovation or redevelopment. The city also created a renters’ resource office to give tenants information about their rights under provincial law. 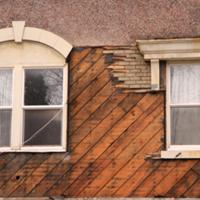 One Simple Idea to Stop ‘Renovictions’

In 2018 she and her neighbours were receiving what Gassner calls “aggressive” and frequent buyout offers of a few thousand dollars if they would move so their landlord could renovate. Those attempts have now stopped, and Gassner and her neighbours have yet to receive eviction notices.

For its part, the provincial government created a new Residential Tenancy Branch enforcement unit to crack down on landlords and tenants who repeatedly violate the province’s rent laws.

Housing activists have repeatedly called on the province to implement rent controls tied to the unit, not the tenant. If a renter was evicted, the landlord would not be able to raise the rent for the next tenant beyond the amount set by the government.

The province has so far rejected that idea, citing concerns it could stifle new rental building construction.