The B.C. government banned “birth alerts” Monday, a big step in moving child welfare strategy away from apprehending children and toward keeping families together.

The social worker then comes to the hospital to speak with the family, a visit often ending in the child’s apprehension.

Katrine Conroy, children and family development minister, said in a news release those labelled “high risk” are typically from vulnerable populations, most often Indigenous. About 65 per cent of the 6,365 children in the ministry’s care are Indigenous, mostly First Nations.

“These alerts are issued, without the consent of the expectant parents, where there is a potential safety risk to infants at birth,” Conroy said in the statement.

"We are changing the way we work with and support high-risk expectant parents to keep newborns safe and families together through a collaborative, rather than an involuntary, model,” the statement continued.

“Health care providers and social service workers will no longer share information about expectant parents without consent from those parents and will stop the practice of birth alerts.”

Conroy said the move is consistent with the Calls for Justice from the National Inquiry Into Missing and Murdered Indigenous Women and Girls, as well as the United Nations Declaration on the Rights of Indigenous People, which the government has pledged to implement.

The change has been a long time coming, said Mary Ellen Turpel-Lafond, a professor at the University of British Columbia’s Peter A. Allard School of Law and former provincial Representative for Children and Youth.

“Certainly I did support the First Nations Leadership Council in terms of pushing for that,” said Turpel-Lafond, who is also academic director of the Indian Residential School History and Dialogue Centre at UBC’s Vancouver campus.

“I’m just really glad that they arrived at it.”

The First Nations Leadership Council put out its own press release applauding the move. But they didn’t mince words about the damaging legacy of birth alerts.

“This practice began with the onset of the residential school system in which children were often ripped from their mothers’ arms, and the practice has continued in today’s child welfare and health care systems with disproportionately high rates of apprehension at birth,” reads a statement from Kukpi7 Judy Wilson, secretary-treasurer of the Union of BC Indian Chiefs and a member organization of the Leadership Council.

“Before a First Nations mother had even given birth, hospital alerts allowed for her to be deemed unfit and for her baby to be removed hours after leaving her womb,” the statement said.

“Ending this practice is a positive step towards the change that is needed, including the meaningful and timely transition to Indigenous jurisdiction over children and families.”

The federal government has passed legislation to return jurisdiction over Indigenous child and family welfare to Indigenous communities. The law takes effect Jan. 1.

Birth alerts have made headlines across the country in recent years.

“I call it the ‘blunt instrument,’” she said.

Charlesworth points to the ministry’s 2017/18 data on the age of children apprehended that year.

Twenty per cent of children taken into care were less than one year old. Out of 448 infants, 41 per cent were anywhere from hours to seven days old. About 54 per cent of those babies were Indigenous.

“I think it’s caused harm and disproportionately impacted the people that we should be wrapping our arms around in order to support,” said Charlesworth.

Adrienne Montani, provincial co-ordinator for First Call: BC Child and Youth Advocacy Coalition, said her office receives messages from parents and their doctors who were surprised to discover they were on a birth alert list.

“What a gross betrayal that is to not share,” she said, “to not even tell the parents about it and spring it on them.”

Montani said parents end up on a birth alert list for many reasons, including substance abuse and domestic violence.

But it also happens simply because the parents themselves were formerly in government care, she said, “regardless of your track record as an adult.”

“And where there is a legitimate concern about risk, I would hope that it would mean instead the response would be ‘let’s wrap supports around this family’.”

Sonia Furstenau is BC Green MLA for Cowichan Valley, which has one of the highest child apprehension rates in the province. She welcomed the end of birth alerts, but in a press release questioned why it took the government two years to put a stop to the practice.

“This change, evidently, did not require legislative amendment. It simply required the elimination of a form. So why did the ministry not prioritize this procedural change? Why was it not made two years ago?” her statement said.

“How many expectant mothers spent what should have been a time of joy, instead in terror and in hiding? How many newborns have been taken from their mothers during these past months, justified by a policy the ministry is now recognizing as racialized, traumatizing, and ineffective?”

Patricia Dawn lives in Furstenau’s riding and advocates for Indigenous families through her organization Red Willow Womyn’s Society when their children are apprehended.

However Dawn is less optimistic ending birth alerts will make much difference in reducing the high Indigenous child apprehensions.

Dawn said birth alerts are a legacy of colonization’s impact on Indigenous women.

“The genocide of Indigenous women dates back to first contact when they recognized that within a matrilineal society the women held a lot of power,” she said. “For them to get to the land, they’d have to get rid of the women first.”

A shift to supports

Instead of apprehensions, the ministry says it will pivot to early voluntary preventive supports for parents.

“This change to practice allows for a more trusting, collaborative relationship with service providers right from the beginning, while empowering women, their families and their communities to work together to care for their children,” reads the release.

Charlesworth and Turpel-Lafond said effective delivery of those family supports will be critical.

“This announcement signals a key shift, but on the ground we still have to do that work,” said Turpel-Lafond. Provincial and federal governments must also provide support to Indigenous communities to deliver their own child welfare services, while also investing in Indigenous women.

“Very few First Nations communities that I’ve worked with want to do removals at birth: they want to keep families intact,” she said.

Charlesworth would also like to see the Ministry of Mental Health and Addictions involved in supporting parents whose substance abuse and mental health issues see them labelled high risk. 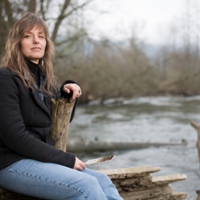 “There’s lots that can be learned from Sheway and FIR Square, for example,” she said, referring to two Vancouver-based programs for expectant and new parents with substance abuse issues.

Dawn wants guaranteed funding for advocates like herself to be present at ministry apprehensions and meetings with parents to ensure the family’s rights and the ministry’s own protocols are respected.

She notes ending child apprehensions also requires ending poverty for families, as what is often labelled child neglect — like substandard housing — is simply the result of poverty.

“You would actually have to fund families out of poverty,” she said. “You would have to do some big stuff.”

Ultimately Dawn believes the change’s success will be determined by how safe Indigenous people feel in the maternity ward.

“That Indigenous women actually can give birth in a safe, nurturing environment and know that they can be with their child without having to fear for the lives of themselves, their children and their families.”