The late spring layoff of staff at two Coquitlam care homes after the employees voted to unionize is the care home sector’s most recent example of contract flipping in the Lower Mainland, says the union that represents them.

Weeks after the layoff notice, the 152 health-care workers, residents and their family members remain uncertain about their future.

On May 22, care aides and support staff at The Madison and Lakeshore care centres, both privately owned by The Care Group, learned that they were being laid off by their respective subcontractors, CD Nurturing Care and Comforting Care. The decision came weeks after 100 care aides at the two senior-living homes voted to join the Hospital Employees’ Union. It also came amidst a campaign to organize both of the care facilities’ support staff, who provide dietary and housekeeping services to residents, under the union.

Mike Old, a spokesperson for the HEU, said the official explanation provided to laid-off staff pointed to the decision made by Carmen del Maestro, the owner of the companies contracted out by The Care Group, to retire from the business. But although that is the stated reason for the mass layoff, Old said the HEU has encountered similar situations in which contracts were terminated in order to prevent staff from unionizing or forming collective agreements.

“We can only assume that the layoffs were in response to our organizing drive,” Old said.

Gavin McIntosh, the director of administration and development at The Care Group, made no mention of the care workers’ efforts to unionize in his response to The Tyee. “Our contractor has decided to retire after many years of providing good service. We have to respect her right to do that,” he wrote in an email. “As stated, quality of care is our foremost concern, and continuity of care is a large part of that. We expect our new contractor will look to hire from the group of staff who are currently working under our existing contractor.”

Until The Care Group replaces del Maestro’s subcontracting companies, which are in place until midnight on Sept. 11, the fate of the laid-off workers remains uncertain. “We're hoping that lots of our members will be brought back, and that's certainly what we're pushing for, but there are no guarantees of that under the current situation,” Old said.

A representative of Fraser Health Authority, which oversees and provides funding to the Coquitlam care homes, told The Tyee in an email that it was “an unfortunate situation” which it was taking seriously. “We are continuing our discussions with the contracted provider and we are trying to come to a solution,” wrote Jacqueline Blackwell, senior consultant of public affairs.

Nancy Chaif has worked as a care aide and supervisor at The Madison since it opened in 2008. Along with the other care aides, she provides daily services to the home’s 137 residents, from helping them get up in the morning to taking them on excursions outside of the facility. But recently, she said she’s noticed her workload has increased while the amount of time she spends with seniors has dwindled. In addition, she says equipment at the care home has become outdated and she believes it poses a potential risk to residents. In January, after months of delayed action on the part of her employer, she decided that employees at The Madison “needed a bigger voice” and began pushing for unionization. Later that month, Chaif’s boss and the care home’s subcontractor, Carmen del Maestro, fired her, Chaif said. Two weeks later, with the help of the HEU, Chaif got her job back.

If Chaif is not rehired under a new subcontractor, she says she can find another health care job somewhere else. But for many of the seniors, some of whom don’t have family members that visit regularly, the care workers they see every day are their closest companions, Chaif said. She wondered how they will fare if the staff that they’ve grown close to are not hired back. 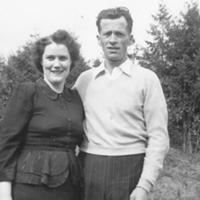 My Grandfather the Bridge Man

Old, who has worked for the HEU for 21 years, attributes the recent mass layoff in Coquitlam to the previous BC Liberal government’s impact on the residential care sector. Before the 2001 provincial election, which put the BC Liberal party in office, home care workers received public funds from the government under an agreement that ensured staff would receive common wages and benefits across the province for the same work. Old says the Gordon Campbell government removed legal protections that prevented care homes from contracting out staff through subcontracting companies.

“It’s resulted in a fair amount of chaos and instability in the residential care sector,” Old said. Contracting out and contract flipping, where staff are laid off and rehired under a new — and weaker — contract, is now a “fairly common situation,” he said.

Old says the NDP government, elected last year, needs to support health care workers by repealing legislation that weakened the sector’s collective agreements. “It’s really important that the new government start getting a handle on what’s happening in the residential care sector, especially in terms of contracting out and contract flipping,” Old said. “What’s happening right now at Madison and Lakeshore is a pretty good example of why we need to deal with this problem now.”

The HEU will be gathering Sunday for a barbecue and rally at Como Lake Park in Coquitlam to draw attention to the recent layoffs at the two care homes.