And Attorney General David Eby has written his Alberta counterpart to say B.C. will sue for damages if that province proceeds with a bill that would let it restrict the flow of oil and gas to B.C.

“Mr. Morneau appears more concerned about indemnifying a foreign corporation against risk to its investors than indemnifying British Columbia against the risk to our coast, to our environment, to tens of thousands of jobs and millions of dollars of economic activity in B.C.,” Heyman said.

“I think it’s inappropriate,” he said. “We’ll leave it to other Canadians to voice their concern about that expenditure of taxpayer money.”

Earlier Wednesday Morneau had told reporters in Ottawa that the federal government is willing to provide compensation to investors if B.C. obstructs the pipeline.

“The indemnification would allow Kinder Morgan to finish what they started, what they received federal and B.C. approval to do,” he said. “As a government we need to ensure that the rule of law is respected and that investors have the certainty needed to complete the Trans Mountain expansion project because it’s in the national interest to do so.”

The $7.4-billion Trans Mountain project would expand the existing pipeline’s capacity from 300,000 barrels per day to 890,000, according to Kinder Morgan. The pipeline carries oil and petroleum products from Alberta to the coast, and supporters argue expanding it is necessary to get Canadian oil to international markets.

In April the company announced it was suspending all non-essential activity and spending on the pipeline, in part due to “the continued actions in opposition to the project by the Province of British Columbia.” The company said it would consult with stakeholders before May 31 in hopes of protecting shareholders and gaining clarity on its ability to construct the pipeline through B.C.

The province has sought to stop the project in court, first by joining a challenge launched by First Nations, then by putting a reference question to the B.C. Court of Appeal on the legality of proposed legislation that would allow it to restrict the movement of a substance that arrives from another province via pipeline or rail.

“We are trying to ensure B.C.’s interests are protected, that our coast is protected, that products that are transported through B.C. are able to be done so in as safe a manner as possible and that if there is a spill, something nobody wants to see, that we’re in a position to respond adequately and clean it up,” he said.

Meanwhile Eby has written to Kathleen Ganley, Alberta’s minister of justice and solicitor general, encouraging her to refer the Preserving Canada’s Prosperity Act to the Alberta courts to assess its constitutionality.

“If they refuse to do that we’ll take them to court and we’ll challenge the constitutionality of their bill,” Eby told reporters. “It’s really a message to Alberta that it should be referred to the courts as we referred our bill to the courts.”

Eby said he also wanted to make it clear that B.C. will pursue damages if Alberta uses its bill to punish British Columbians.

The best path forward would be for the federal government to refer both Alberta and B.C.’s legislation to the country’s top court, something the provinces cannot do on their own, he said. “Let’s go to the Supreme Court of Canada right now with both bills and get this matter settled.”

BC Liberal leader Andrew Wilkinson said the public will end up paying for the pipeline because of the “ineptitude” of the B.C. government’s actions. “Instead of the private sector paying to build this pipeline, taxpayers will now be responsible for cleaning up Horgan’s mess,” he said in a statement. “From day one, Horgan has known that he cannot block this project and chose to play politics instead of working for the best interests of British Columbians.” 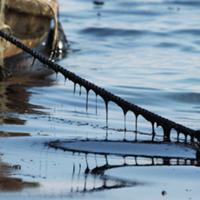 In a statement of his own, Horgan said his government is within its rights to stand up for B.C.’s environment, economy and coast against the threat of a bitumen spill.

“The federal finance minister is trying to use our government as an excuse, as the federal government puts taxpayer money on the line to backstop risks to private investors, while completely ignoring the risks to B.C.,” he said.

Horgan and Wilkinson were together in Chilliwack Wednesday visiting flooded communities.

The project also faces challenges from First Nation lawsuits aiming to block it, the Union of BC Indian Chiefs said in a statement, noting that verdicts from the B.C. Court of Appeals and Supreme Court of Canada aren’t expected before Kinder Morgan’s May 31 deadline.

“We’re glad that Kinder Morgan and their stockholders have begun to understand the financial risk of not respecting Indigenous Title and Rights,” he said. “We’re waiting for Canada to follow suit.”