[Editor’s note: Rachel's story is based on an audio documentary she created last year. Scroll down to find the Soundcloud player to give it a listen.]

It's a job that might not appeal to everyone: pedalling a giant tricycle through Vancouver in the rain, snow and blazing sun delivering goods to local businesses.

But Devan McLelland loves it.

"Every day it kind of feels like a bit of an adventure. The wind is blowing in your hair and it's a lot of fun," he said, standing in the East Vancouver warehouse of Shift Delivery. "I feel freedom when I'm out there."

Shift is a zero-emissions delivery company that puts trikes instead of trucks on Vancouver's streets, reduces carbon emissions, and challenges people's assumptions about the way things get done. But it's not just the work McLelland loves. It's the way his business is organized: he's a co-owner of the company, which is set up as a worker co-operative.

Co-ops, which are incorporated under a different model than traditional businesses, are member-owned and democratically governed.

"I like the sense of ownership, being part of a team where it's flat in structure and not a hierarchy," McLelland said.

In recent years, co-ops have seen dramatic growth in British Columbia. Employment at co-ops grew by 22 per cent between 2011 and 2016, according to a 2016 report commissioned by the B.C. Co-operative Association. Nearly 17,000 people work at co-ops around the province, and the BCCA report forecasts continued growth.

Elvy del Bianco, program manager for co-operative partnerships at Vancity Credit Union, believes the growth in B.C.'s co-operative business sector is driven in part by a desire for good jobs. The province, he said, is still suffering from the economic shock of the 2008 financial crisis.

"Job security is a thing of the past. Access to good, stable, well paying jobs is being overtaken by the gig economy," he said. "People are seeing that it's not a very friendly economy out there."

A similarly unfriendly economy, he said, was what inspired the original creation of co-operatives in 19th century England. The pressures of industrialization drove skilled workers such as shoemakers, tailors and cabinet-makers to look for alternatives to capitalism. Del Bianco sees a similar thing happening today.

"When times are good, economically speaking, it's easy to make money on your own. When times are more challenging, you generally have to overcome those distances between people and work together," he said. "I think we're seeing a renaissance in the co-op model now because of these underlying economic problems and challenges that we have."

The main goal of a co-op is to serve its members, so layoffs aren't necessarily the first move when times are tough - meaning co-ops provide job stability. But it's not just a desire for stable work that attracts people to co-ops, said del Bianco. It's a desire for better work.

"Co-operators want to be masters of their own destiny," he said. "They want to work differently."

Robyn Ashwell, one of Shift Delivery's founding members, said the co-op model was a fundamental part of the original concept for the company. Beyond creating green jobs, she said, they also wanted to create meaningful work.

"We were aware that the work we were creating is delivery work, which is not necessarily very prestigious," she said. "But by offering the opportunity for our employees to be co-owners, that could make that work a lot more meaningful."

Victory Gardens is another Vancouver worker co-op that sees co-operation as intrinsic to its business. The urban farming company, founded in 2011, teaches people to grow food, builds garden beds and containers, and farms gardens all over the Greater Vancouver area.

Marketing manager Lisa Giroday said creating a good work environment for co-owners and employees is one of the main goals for Victory Gardens. Their biggest difficulties, she said, have come from dealing with government and financial organizations that don't understand their business model.

"In our early days when looking to secure financing we came up against some barriers because we are a co-op," she said.

One financing organization even asked if they would consider incorporating as a regular corporate structure.

"I was actually quite offended, because they made all these assumptions about how we could manage risk," she said. "What that financial organization really missed was that there's a good possibility that we have the capacity to be more successful because there are more voices at the table. I feel like we are able to make more inventive, more innovative and more exciting decisions."

Giroday and her co-founders have been frustrated by the lack of understanding around the co-op model at the government level, too. She's found herself explaining the structure of her business to civil servants.

It hasn't always been this way. In the 1990s, the NDP government rewrote the legislation that supports co-operatives and created a Ministry of Community Development, Co-operatives and Volunteers. That disappeared when the BC Liberals came to power in 2001. During 16 years of B.C. Liberal rule, active government support for the co-op sector was non-existent.

Despite the challenges, worker co-ops have continued to pop up. Founded in 2014, the Wood Shop worker's co-op runs woodworking classes and builds furniture out of reclaimed wood from mattresses and housing demolitions in a warehouse in Vancouver's False Creek Flats neighbourhood.

Chris Nichols, one of the Wood Shop's co-founders, said the co-op model is a way for him to connect his working life with his values.

"It's definitely given me meaningful work. It's enabled me to access certain passions that I have, but I think that beyond that it's been a way for me to activate my politics," he said.

Part of Chris's motivation in creating a worker co-op was the desire to create good jobs.

"I wanted to contribute in a very practical way to growing the opportunity for meaningful employment and co-ownership right in Vancouver," he said.

When you crunch the numbers, worker co-ops like the Wood Shop, Victory Gardens and Shift Delivery are a very small part of B.C.'s co-op sector. Most of the co-op job growth is at consumer co-ops, including companies like Vancity Credit Union, Mountain Equipment Co-op and Modo, the car sharing company. At consumer co-ops, the members aren't the workers, they're the people who use the co-op's services.

But Nichols said the growth of these big consumer co-ops has given a boost to the province's worker co-ops.

"On the one hand, there are not that many of us, but on the other hand there are quite strong and robust financial co-operatives here who are really putting their money where their mouth is," he said.

Co-ops are organized around seven co-operative principles, said Nichols, one of which is that co-ops should work to grow the co-operative sector.

"My experience has been that, for the most part, people are living that," he said.

From credit unions like Vancity to consumer co-ops like Modo, the Wood Shop has had support as it's built its business.

"We do have people interested in supporting us not only financially but through allowing us access to certain communities," Nichols said.

Whether B.C.'s new NDP government intends to provide more robust support remains to be seen. When contacted for comment, the office of Bruce Ralston, minister of jobs, trade and technology, emailed a statement that read, in part, "We recognize the contribution that co-ops make to B.C. in helping to create a strong sustainable, innovative economy that works for everyone."

The comment cited such actions as the government's small business corporate income tax rate cut, which applies to small businesses of all kinds, and the cut to the PST on non-residential electricity use. The only co-op-specific action was the restoration of the tax benefit for credit unions, which the government made retroactive to Jan. 1, 2017.

"Credit unions are being taxed at lower rates so they have access to more of the credit union's funds to reinvest into local economies and small businesses," read the email.

The BC Co-operative Association is hoping for more. Along with Vancity Credit Union and the Canadian Centre for Policy Alternatives, they've developed a set of recommendations that includes creating an "executive lead" for the co-operative sector to serve as a cross-ministry contact and resource.

They plan to bring their recommendations to Victoria this June, in conjunction with Coops and Mutuals Canada's annual congress and the BCCA's AGM.

BCCA chairperson Ben Hyman said the association is working on a day of advocacy with elected officials, connecting with MLAs, cabinet ministers and executives whose portfolios align with the co-operative business sector.

The BCCA believes support from government as well as initiatives to improve public awareness of the co-op model would build on the sector's recent momentum. 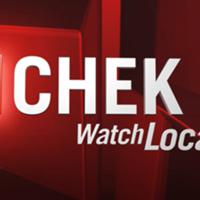 CHEK Changed the Channel and Put Workers in Charge

Del Bianco said there could also be more collaboration among businesses of all kinds in B.C. Such collaboration, he said, would contribute to a robust economy that employs people and generates the wealth needed to build strong social programs.

Back at the Wood Shop, Chris Nichols draws parallels between his business and the forest itself. He compares B.C.'s evolving economy to forest succession, the process of gradual ecological change over the course of decades.

"If there's been a forest fire that's gone through, you can't be focused necessarily on being in the climax forest. You can't be trying to be an oak. But right now, maybe what co-ops need to be are fireweeds or something. We need to be some sort of a stage in that progression of succession," he said.

"I see myself as part of a process and I find that inspiring."