Seven months after announcing $322 million to address B.C.’s opioid crisis, the province and First Nations Health Authority announced on Wednesday $20 million of that money will be spent on prevention, harm reduction and treatment services for First Nations people in B.C.

The $20 million will be controlled by the health authority and delivered over three years, with $4 million this year and $8 million in each of 2019 and 2020.

Of the $4 million, $2.4 million will be spent on culturally relevant harm reduction projects in 55 communities. Overall the $4 million will provide reserve, rural, and urban communities with greater access to naloxone training, opioid substitute treatment, telehealth services and peer-to-peer support in accessing healthcare and decreasing stigma.

“We know that these heartbreaking deaths are part of a larger problem that has its roots in the dark history of colonization, dispossessions of lands and resources, intergenerational trauma, racism and stigmatization,” said Judy Darcy, minister of mental health and addictions, at a press conference during the inaugural FNHA Mental Health & Wellness Summit in Vancouver on Wednesday.

“And the overdose health emergency, like the shared history of colonization and current efforts towards reconciliation, belong to all of us.”

Dr. Shannon McDonald, the health authority’s acting chief medical officer, was pleased with the announcement but admitted the harm reduction projects were “backwards” from how it typically operates.

“First Nations Health Authority is a wellness-focused organization,” she said.

“But in this case, we need people to stay alive long enough to get to wellness. We need to prevent people who are overdosing from dying. We need to keep the people who are using safer when they’re using by providing strong harm reduction products.”

The money announced this week will increase the number of communities who have received naloxone training to 203 from the current 126, and adding another 43 communities to the 86 that already serve as naloxone distribution sites.

While some of the funded programs will serve all Indigenous people in urban communities, others will be only for First Nations with federal government status cards. Darcy said the provincial government will be working with the Métis Nation British Columbia and BC Association of Aboriginal Friendship Centres to develop programming for a broader group of Indigenous people.

Overall there were 183 submissions to the open call for harm reduction programs made last December. The First Nations Health Authority will be considering its options for helping the communities who did not receive funding, said the authority’s COO Richard Jock. 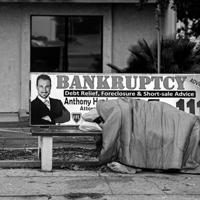 “Because one of our seven directives is we were to leave no communities behind,” he said, adding regional funding allocations are a possibility. “The demand would have been over $8 million [in 2018] if we were to fund everything in this run.”

“The project that we’ve been successful in receiving [funding for] is going to help to disrupt the narrative that we hear about culture, [that] you can’t have access to culture when you have an addiction. I really believe that’s a colonized idea,” she said.

“We need to have projects like this in order to disrupt colonization that still continues today. It’s not something that happened 1,000 years ago. It’s happening now.”