More than a year since First Nations leaders called on the BC Coroners Service to provide data on First Nations overdoses, the numbers are finally in — and they’re grim.

More than 1,700 people have died from drug overdoses in the province since January 2016.

While acknowledging the opioid overdose crisis impacts more than just First Nations communities, every speaker at a press conference held jointly by the BC First Nations Health Authority and the B.C. government in Vancouver today emphasized the unique impact of the provincial health crisis on First Nations people.

“We recognize the root cause of where we are today, and that root cause rests in colonization,” said Dr. Shannon McDonald, deputy chief medical officer for the First Nations Health Authority.

“Issues of racism, discrimination, judgment, and lack of ability to wrap people with love and services at every level has definitely affected where we’re going.”

Data collected from many sources

Data was collected from a variety of provincial sources, including the BC Coroners Service, BC Emergency Health Services, PharmaNet, and hospital emergency departments across the province.

These numbers don’t include Inuit or Metis people, those who didn’t reveal their First Nations identity and those who didn’t seek medical attention or report their overdose. Nor does the data break down the location beyond the provincial health authority overdoses occurred in.

The Coroners Service didn’t begin collecting information on First Nations identity of people who overdosed until June 2016, after requests from the First Nations Health Authority to do so. Previously, Chief Coroner Lisa Lapointe told the press conference, there were concerns that asking patients for their ethnicity could be offensive or invasive.

“Now coroners, with every single death they have, one of the questions they have to ask is ‘Did this individual identify as Aboriginal, Indigenous? And if so, did they identify as First Nations, Inuit, or Metis?’” said Lapointe, adding future data releases will be faster with this data-sharing infrastructure in place.

Part of the reason it took so long to collect the data, said Provincial Health Officer Dr. Perry Kendall, was because BC Coroners Service didn’t have the ability to access all databases until a provincial health emergency was declared on April 14, 2016.

“There were a lot of data sharing agreements that had to be put in place,” Kendall said, adding privacy concerns around patient data were part of the delay.

“We’re building what we call an overdose cohort with information that we get in, we match it with other information [like] hospital discharges and experiences, with health care contacts, with Pharmacare prescriptions and history. All of that takes a lot of time.”

It was also important to take overdose information to First Nations communities before the health authorities went public with the numbers, McDonald added. This provided communities the opportunity to analyze numbers and provide context.

“For many years, people from outside communities have looked at numbers and made assumptions about what they mean at the community level,” she said. “And we need to try and turn some of that around by talking to our communities, helping inform them, and helping them plan community health plans.”

‘Too many British Columbians have died’

The press conference highlighted four action areas to respond to the crisis in a culturally appropriate way for First Nations.

“Too many British Columbians have died, or are experiencing a very high risk of dying,” said Chief Doug Kelly, chair of the First Nations Health Council.

Listening is exactly what B.C.’s Mental Health and Addictions Minister Judy Darcy said she is doing in her second full week on the job.

“I’ve seen my goal as listening and learning. I’ve been talking to people on the front lines about what’s working, what isn’t working, and what more we need to do,” she said, adding she works across ministries and with First Nations and federal authorities to address the crisis. 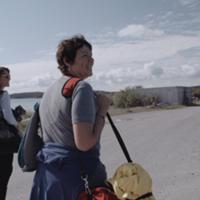 The Overdose Crisis: We Know How to Save Lives, Doctors Say

Darcy did not specify what resources the province or the federal government will invest in ending the crisis. The 2017 federal budget put $116 million aside to address the opioid crisis in Canada over the next five years, but B.C. still has to put forward its proposal for funding.

Darcy cited Premier John Horgan’s recent meetings with both Prime Minister Justin Trudeau and Health Minister Jane Philpott as evidence of the interest Canada has in working with B.C. and First Nations communities on harm reduction, while creating an integrated and coordinated mental health and addictions service system.

“Through those partnerships we’re advocating for reducing silos,” said Kelly. “We want to knock all of that down so we come up with a government-wide approach to an issue, to a challenge, to an opportunity.”