Right-wing extremists will face a tougher ride in the Canadian conservative movement in the wake of a deadly protest in Charlottesville and other controversies, predicts former Tory MP and leadership candidate Chris Alexander.

Alexander said the “alt-right” had become a noticeable presence in conservative circles, but more mainstream conservatives won’t accept their views.

“I think there was some naivety and some appeasement of really nasty elements — not many of them — that will end now,” he said. Alexander said the extremists’ presence in conservative ranks was real, but also blown out of proportion by the media.

History shows the Conservative party is largely made up of people who care about equal rights and justice, he said.

But David Moscrop, a political scientist at Simon Fraser University, said xenophobes and so-called alt-righters are a “serious problem” for the Conservative party.

Moscrop, like Alexander, said the fringe extremists and xenophobes aren’t representative of the party membership.

But it does seem to attract extremists and they occasionally manage to hijack its discourse, he said.

“It does exist there in a way it doesn’t exist in other parties,” he said. “It’s a serious problem. The question is does it start to collapse now?”

It may be months before that question is answered, Moscrop said. Until then it’s hard to say how much damage has been done to the Conservative brand and whether the fringe elements will be silenced.

Their presence has been a constant in the party for some time and “seething bigotry” is usually repressed by party officials, Moscrop said, including during the Stephen Harper years.

“The sort of folks that are driving the ‘alt-right’ element of the conservative movement are going to always exist to some extent,” he said. “The question is are they going to be empowered? Are they going to get oxygen or not? For a long time they didn’t, but now they do.”

Moscrop said the Conservative party will likely revert back to the old model from the party’s heyday under Harper. “Red Tories” — the party’s socially progressive wing — may even try to make some space for themselves in the party, he said.

If the conservative movement manages to mute extremists’ voices they will likely “go back into the holes where they came from” and not be much of a threat, Moscrop said.

Conservatives have faced increasing questions in recent weeks about their ties to Ezra Levant’s far-right media platform The Rebel. Its coverage of the Charlottesville attack was considered sympathetic to white nationalists.

That brought the latest accusations of hate-mongering and racism against the two-year-old media business, which had been criticized for pieces like contributor Gavin McInnes’s controversial “10 things I hate about Jews” video report.

Toronto MP Peter Kent was one Conservative who publicly disavowed the site this month after appearing on it once last year. He expressed concern about the groups using the site as a rallying point.

“I believe The Rebel gradually became a hostage of the large number of extremist subscribers it attracted in Canada, the U.S. and the U.K.,” Kent said to The Tyee in an email. “Certainly, there is no room for such hateful content in our big-tent Conservative Party of Canada.”

New Conservative Party leader Andrew Scheer’s campaign manager Hamish Marshall had been on The Rebel’s board of directors, but recently joined the list of people who have cut ties with the business or will not appear on it.

The list includes Alexander, who took flak after appearing at a “freedom rally” in Toronto hosted by Rebel Media. He later said he would no longer attend Rebel events citing “repulsive and disturbing” statements by McInnes in his commentary on Jews.

But The Rebel hasn’t been the only worry for those concerned about the alt-right movement in Canada.

Another Conservative Party leadership hopeful, Kellie Leitch, was accused of using xenophobic tactics similar to Donald Trump’s during her campaign, which included a proposed “values test” for would-be immigrants. The initiative had her fending off accusations of racism.

But despite all the attention Leitch attracted, she captured less than eight per cent support in the Conservative leadership vote.

Alexander said media reports about the darker elements of the conservative movement have created an image problem with Canadian voters. Events in the U.S. have also been a liability for the party, he said, as Canadian conservatives are often compared to those south of the border.

“Canadian Conservatives deserve to be seen for what they are,” Alexander said. “I think the biggest differences we have with the current Liberal party are actually on taxes, deficits and activism in the world.”

Yet much of the Conservative leadership race media coverage seemed to be looking for parallels to Trump, he said.

While there are members with eccentric views, as in any party, there are no “Steve Bannon type elements inside our party,” Alexander argued.

All parties have always their branding issues, he said.

The Liberal party is seen as feeling entitled while the NDP is lumped in with left-wing extremists. The Conservative party has to deal with its embrace of “certain elements of social conservatism,” he said.

“What matters more broadly is that conservative social values are portrayed as wildly off the mark,” he said. 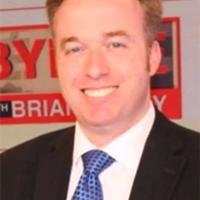 There’s an added challenge for Conservatives, he said.

“The more that the media and observers are talking about social values, the less that there is public discussion about economic values,” Marland said. “The Conservatives need to seize opportunities to talk about that.”

He pointed to a report earlier this week about the federal government’s hiring of a new consul-general in California with Liberal ties who is being paid more than the established for such a job.

The Conservatives need to jump on such opportunities, he said.

Alexander said he expects the party’s message will eventually be heard.

“I’m totally sure that the deeper history of our movement, and our party and of Canada will shine through,” Alexander said. “But it’s kind of a dark moment for North America.”