Bryan Johnson is used to standing out for more than just his skills and work ethic.

Johnson, who spent 20 years working in technology at UPS and later Aeroplan, recalls a trip to the UPS head office in Atlanta, Georgia, where a third of the population identifies as black or African American.

“There was 14 regional managers and I was the only black person in the room.”

While Canadian statistics are scarce, just 11 per cent of U.S. computer science grads identified as black in 2013-14. Only one per cent of startup founders are black, Johnson adds.

There are many reasons for the lack of black people in tech, Johnson says, including racism that sees black students streamed into sports or vocational classes instead of academics.

“Media plays a huge part in how we see ourselves,” Johnson said. “The only thing that black boys see in media [are] basketball players, rappers, football players, and so on.”

Now a seasoned tech professional, Johnson is giving back to the community through Black Boys Code, an organization he started a year and a half ago to introduce black boys, ages 8 to 17, to technology through one-day workshops on robotics, coding, and website and game building.

Johnson has already introduced about 80 boys in Calgary and the Lower Mainland to the possibilities technology could hold for them.

“Within the next five years there’s a tsunami of technology that’s coming,” Johnson said, citing self-driving vehicles coming to the trucking industry and self-checkouts in retail as just two examples.

“Technology is going to take kids anywhere they want to go. In five years, if you do not have a grounding in technology and coding, it’s going to be very difficult to get a job.”

Creating a sense of new possibilities

The B.C. education system already acknowledges the importance of information technology in preparing kids for the future. But even though teachers are now expected to introduce students to computer coding, Johnson says the uptake by black youth, particularly boys, has been patchy.

“Within the school systems across Canada, black boys are invisible,” he said.

There’s little information on the educational experience of B.C.’s black population of about 33,000, according to the 2011 census.

But Johnson says the situation here is likely similar to Ontario, where reports about racism among school administrators and the incredibly high percentage of black youth receiving suspensions and being streamed into vocational classes paint a bleak picture.

“Based on some of the conversations I’ve had with parents in Vancouver, it’s more or less the same thing here,” Johnson says.

But the point of Black Boys Code isn’t to talk to about racism or streaming or even to turn boys into coding masters, says Johnson. It’s about getting them interested in technology and expanding their ideas about what the future could look like.

“I know that eight and nine-year-olds are not going to leave my classroom learning how to code. What I do is get them interested in technology in a fun way,” he said, adding self-empowerment and confidence-building are also goals.

“All of the kids when they come in, they know about games. But they never think they’re actually capable of programming a game.”

The $25 Johnson charges for each boy isn’t about covering the costs, but ensuring parents and kids take it seriously enough to show up to workshops. Scholarships are available for lower-income families.

So far he has funded Black Boys Code through his own savings and donations from family and friends, but Johnson is working to get more funding to take Black Boys Code North American-wide, and maybe even global.

The importance of an early start

Johnson stumbled into a tech career when his telecommunications manager at UPS retired and he took on the role, learning what he could from UPS clients like Bell and AT&T and taking college courses on the weekends.

It’s the same story for Ismail Attitalla, the founder and CEO of tech start-ups Stashii and Start-Up Menu. Growing up in Montreal, Attitalla didn’t know any black adults working in tech. He envisioned a future as a pilot or police officer. That all changed when social networking blew up in the mid-2000s.

“I just had an entrepreneurial drive and saw that online was really the future,” said Attitalla. His first startup was an online tool to streamline the guest list process for clubs in the city in 2008. 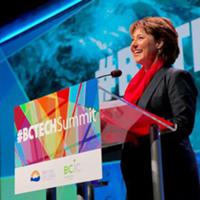 He sold it two years later for a profit. But because he had no experience with coding, Attitalla had to hire freelancers to build the site, creating a large cost for the business. He hired freelancers again to launch Stashii, which Attitalla describes as “like Air BnB, but for storage space,” in late 2016 and Start-Up Menu, a one-stop shop for startups looking to hire tech freelancers, which launched earlier this year.

Today, Attitalla is taking HTML and CSS workshops on the side. “My business endeavours would have been so much smoother” if something like Black Boys Code had existed when he was growing up, he says.

“I would have been able to do the work myself, to save costs. Or even if I was to hire someone, I would be able to measure quality and hire quality people,” he said. “It would give me so much more confidence in today’s world, because everything is revolving around tech.”

Unlike Johnson and Attitalla, Giovanni HoSang was introduced to technology growing up in Jamaica, where he got hooked on tech after a high school information technology class.

An early start matter, he says. At just 21, HoSang already feels behind his peers in the tech industry who got into technology at an even younger age. “I believe if I was exposed earlier, I could be one of the gifted ones,” he said.