Despite a major downturn in drilling activity, levels of methane, one of the world’s most potent greenhouse gases, have been steadily increasing over Pennsylvania’s unconventional shale gas reserves.

A new study by researchers at Drexel University found that levels of methane in the atmosphere in rural parts of the state were 125 parts per billion greater in 2015 than when first measured three years ago.

Initial measurements taken in 2012 showed methane levels at 1,960 parts per billion, or approximately 50 parts per billion higher than would be expected in a rural area without “unconventional” shale gas extraction.

Three years later, that concentration jumped another 125 parts per billion.

Although gas production increased dramatically during that time period, the number of new wells being fracked and drilled near Pennsylvania in what’s known as the Marcellus Formation steadily declined.

The Marcellus, which provides nearly 20 per cent of U.S. gas supply, is similar in size to British Columbia’s major shale gas deposit, the Montney. Hopes for B.C.’s non-existent liquefied natural gas industry are based on its accelerated exploitation.

But just a little bit of escaping methane can do a lot of climate damage over the short term. Once in the atmosphere, the light gas absorbs the sun’s heat and overheats the atmosphere with a potency 84 times greater than carbon dioxide.

“Methane is increasing globally, but the rate of increase for this region is much more rapid than global increases” of six parts per billion a year, said lead researcher Peter DeCarlo, an assistant professor who studies atmospheric chemistry in Drexel’s College of Engineering and College of Arts and Sciences.

To measure methane levels, researchers drove through parts of southwestern and northeastern Pennsylvania with a Ford cargo van equipped with a laser gas monitor in 2012 and again in 2015 with a Picarro spectrometer.*

The study, however, didn’t pinpoint the source of methane increases into the atmosphere. Researchers don’t know if the methane is leaking directly from shale gas wells, pipelines or compressor stations.

Nor do they know if the methane is migrating from shattered shale formations via fractures and faults in the Earth into abandoned oil and gas wells, basements and coal mines.

They are all possibilities, confirmed DeCarlo.

Methane typically migrates through the Earth with other gases such as radon, a carcinogen, which has been increasing in Pennsylvania homes since the advent of hydraulic fracturing in 2004.

About 42 per cent of readings in that state’s homes now surpass what the U.S. government considers safe levels.

An Australian study found levels of methane, radon and carbon dioxide increased three-fold in the atmosphere over landscapes being fracked for coal seam gas compared to areas not being fracked.

The Australian researchers suggested that the shallow fracking of coal seams radically changed “the geological structure” of the ground by cracking rock, removing water and lowering pressure in the formation. The fracturing of the ground structure simply created more pathways for radon and other gases to leak up through the soil.

He said increases in methane might be attributable to major increases in methane production in the Marcellus. “If the leak rate remains unchanged (percentage of gas leaked per volume of gas), then producing more total gas would lead to more leaks and to increasing backgrounds of methane,” DeCarlo told The Tyee.

“Basically, if three per cent of the produced gas leaks, and production increases by a factor of three, three times more gas will be leaked to the atmosphere,” he said.

Methane as well as ethane concentrations in the heavily fracked and drilled Marcellus Shale appear to be more similar to levels of urban air pollution than those typically found in rural areas, said the study.

The study illustrates, once again, that persistent methane leaks from shale plays over time — whether from well sites, pipelines or uncontrolled gas migration from fracked rock formations — could cancel out any climate benefits from burning natural gas.

Recent U.S. research has found leakage rates in shale gas basins as high as six and 12 per cent in Utah’s Uinta Basin and as low as one per cent in the Haynesville Shale in Louisiana.

“With the increased background levels of methane, the relative climate benefit of natural gas over coal for power production is reduced,” said DeCarlo.

DeCarlo recommended that regulators of shale gas plays conduct continuous monitoring of key pollutants “not only for the yearly trends, but also to identify any acute problems.” 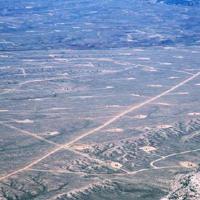 Neither B.C. nor Alberta regulators have active programs to measure changing levels of methane, ethane, radon or carbon dioxide over basins being fracked for oil or gas.

DeCarlo added that the emissions from different shale plays are heavily influenced by their geology. The northeastern Pennsylvania portion of the Marcellus produces a very high methane content gas, with very few other pollutants, he said.

“If the shale gas in B.C. is producing natural gas liquids or oil, then there are other more toxic gas phase emissions (benzene and toluene) that should be monitored in addition to methane,” he said. One of B.C.’s gas plays, the Horn, has a very high carbon dioxide content as well.

The B.C. government claims that the province’s highly subsidized methane industry has a methane leakage rate of 0.28 per cent, an estimate many critics find inaccurate, if not unbelievable.

In contrast, the U.S. Environmental Protection Agency estimates the industry leaks about 1.33 per cent of its product, or five times more than B.C.’s industry currently reports.

In 2016, a U.S. scientific study confirmed that methane emissions from oil and gas activity are increasing more rapidly than previously estimated, and that these increases occurred just as the North American shale gas boom and related fracking frenzy took off.