Indigenous children, particularly those on reserves, receive far less funding and services than children in the rest of the country and all Canadians should be demanding equity, says Cindy Blackstock, executive director of First Nations Child and Family Caring Society of Canada.

Blackstock traced discriminatory policies that disadvantage Indigenous children back to the residential school system and colonial powers in her address to the B.C. Federation of Labour Convention in Vancouver on Tuesday.

She said the residential school system was often justified by the claim that First Nations parents were failing to provide for their children, while ignoring the fact that families were being starved out of their communities as a result of colonization.

The trend continues today, she said, as families are assessed as failing to provide for their children without taking into account the failures of social and political systems in providing them necessary services and support.

Services like family support and education for Indigenous children are underfunded by 30 to 50 per cent in most communities compared to their non-Indigenous neighbours, she said, an example of systemic discrimination. 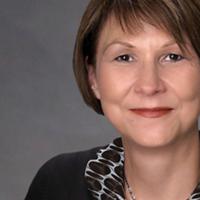 This inequality prompted the society’s successful human rights complaint against the federal government.

Canada’s Human Rights Tribunal ruled earlier this year the government was discriminating against First Nations children on reserves by failing to provide the same level of child welfare services offered to other areas of the country.

Despite the ruling the government is moving too slowly in closing the gap in the level of services it’s providing to reserve communities, Blackstock said.

All adults have a duty to advocate for equality for children, she said.

“You will not waste another moment before you get a hold of your Member of Parliament and tell them that today is the day that First Nations children finally get that childhood they deserve,” she said. “Let’s show the kids we love them enough to stand up for them.”

About 1,000 delegates, representing 500,000 union members, are attending the BC Federation of Labour convention.

NDP leader John Horgan will address the convention later today and the federation will be unveiling its political action campaign for the 2017 provincial election on Wednesday.