People wrongly fired from the health ministry in 2012 shouldn’t have to learn about major developments in Ombudsperson Jay Chalke’s investigation through media reports, say lawyers for some of the former employees in a letter sent to Chalke Thursday.

“Given the legitimate concerns they already had about the government’s decision to refer this matter to your office for a toothless closed-door investigation, our clients should not be expected to monitor Committee proceedings to find out about key developments,” wrote Gary Caroline and Joanna Gislason.

The lawyers are representing fired employees Ramsay Hamdi and David Scott as well as Linda Kayfish, whose brother Roderick MacIsaac committed suicide a few months after the health ministry fired him from a co-op position.

The three were among seven employees who lost their jobs in a wave of firings and cancelled contracts that the government said were prompted by breaches in data management, contracting and possible conflicts of interest.

Government officials — including Premier Christy Clark — have acknowledged some of the firings were inappropriate. Some employees have returned to work for the government; five lawsuits were settled out of court.

On Tuesday Chalke gave the committee an update and revealed that his report, which he’d hoped to finish a month ago, has been delayed by up to five months due to an unexpectedly large number of records from the government.

While the government initially estimated it had 200,000 documents that related to the case, the number of records has ballooned to four million, he said.

Chalke also said that he’d learned that in a previous job as the acting deputy attorney general he had dealt briefly with the health firings file, which he had forgotten. Legal counsel and former ombudsperson Stephen Owen had assured him it didn’t affect his ability to carry out the investigation, he said.

Chalke was unavailable for an interview. A spokesperson said the matters would be fully addressed in his final report.

Chalke said his office expects to complete the report by the end of the fiscal year — March 31. Completing the report includes giving notice to “any individual if the report may adversely affect them,” a process he said will be concluded before the report is written and delivered to the legislature.

The lawyer’s letter reminded Chalke their clients are effectively the complainants in the process. “Our clients should be receiving this sort of information directly from your office as soon as it becomes available,” they wrote.

The six-page letter from Caroline and Gislason also said their clients have still not received access to documents that they would need to participate in the investigation, including access to their own email records.

“You currently estimate that your investigation will conclude in the spring of 2017, though given the history of this matter your projection seems overly optimistic,” they wrote. “Perhaps sometime after May 2017 might be more probable.”

The provincial election is scheduled for May 9, 2017.

“If and when you form the opinion that your final report will be further delayed, we ask that you inform us with reasonable promptness,” the lawyers wrote.

Gislason told The Tyee via email that her clients continue to believe a public inquiry would have been a better way to find out what happened.

“The seriousness of the government’s alleged misconduct surrounding these firings is of immense public interest. Only a public inquiry would have provided the public and our clients with a transparent process in which any government wrongdoers could be held to account for their misconduct,” she wrote.

“The government instead opted for a closed-door process where our clients have been denied access to their own documents, to procedural fairness and where at the end of the day the Ombudsperson has no legal authority to issue anything beyond mere suggestions to the government.”

The government justified referring the matter to the Ombudsperson on the grounds that it would be quicker and cheaper, even though it wasn’t a good fit for the office’s mandate, she wrote.

“It is clear to all today that instead we have the worst of both worlds — a private Ombuds process which lacks the power to punish wrongdoers or provide redress to victims and which also offers no worthwhile efficiency or economy.”

Vancouver-Kingsway MLA Adrian Dix said the public would have more answers by now if the firings had been referred to a public inquiry. 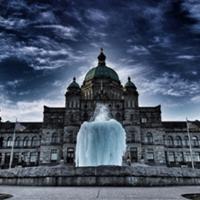 “This method was clearly chosen by the government because they didn’t want to answer the questions they need to answer in public or in any public way,” he said. “They chose this form of inquiry to protect the interests of the premier.”

Vincent Gogolek, executive director of the Freedom of Information and Privacy Association, said it has already been a long wait for answers.

“This happened before the last election,” he said. The public still doesn’t know what happened, even though some of the people who were fired in 2012 have been rehired, some have received out-of-court settlements and one has committed suicide, Gogolek said.

Chalke shouldn’t hesitate to release his report ahead of the May election, Gogolek said. While dropping a possible bombshell close to voting day might seem unfair to the government, withholding it would be wrong, he said.

“There are going to be effects either way.”