The recommendation of an Alberta review panel not to raise royalty rates paid by oil and gas companies to the province is an economic disaster and represents a capitulation to Big Oil and its financial backers, say a variety of critics. 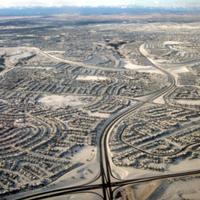 Released last Friday, a five-month review into the royalty system argued that low global oil prices had placed Alberta in an existential quandary and that no increases should be considered in royalty rates.

Royalty rates are not costs or taxes, but a price a company must pay to the owner for the right to develop the resource.

For 35 years, the former Tory government of Alberta consistently lowered royalty rates to among the lowest in the world. At the same time it saved almost nothing for future generations.

But the long-delayed review, commissioned by the new NDP government in 2015 as the result of an election promise, concluded that the "current share of value Albertans receive from our resources is generally appropriate."

The review added that Albertans should stop focusing "on questions of 'are the rates right,'" and look more "on what changes need to be made to our royalty framework to position Alberta and our energy industry to address the challenges of a very different environment and outlook for the future."

The review then recommended maintaining current royalty rates for wells drilled before 2017 and setting a generic rate -- five per cent -- for all new oil and gas wells drilled after 2017, a policy equivalent to grading and selling all cuts of beef as hamburger.

Such a policy, if adopted, would lower Alberta's royalties by another billion dollars a year, estimated Jim Roy, an Edmonton-based royalty consultant and a former senior advisor on royalty policy for Alberta Energy.

The new generic rate will reduce the current 30 per cent royalty rates for high-valued products such as propane and butane to five per cent.

Alberta's total royalty revenues from hydrocarbons in fiscal year 2015/16 were approximately $2.8 billion -- a mammoth decrease from modest highs of $10 billion or more during the boom years.

Roy said the government's review is completely off base and doesn't address the real issues.

"We have low prices now. Why encourage more production and more investment which will only bring oil prices lower?" asked Roy.

Given that the global oil glut has largely been caused by overproduction by Canadian bitumen miners and U.S. oil shale frackers, Alberta should increase royalties to decrease production and thereby eliminate inefficient and high-cost energy extractors, Roy said.

Since 1998, oil sands production has soared from nearly 800,000 barrels a day to more than 2.3 million barrels a day, largely due to cheap credit, low royalties and other government incentives and subsidies.

Hydraulic fracturing and horizontal drilling in the province has also been driven by a three-year royalty moratorium imposed in 2009. That royalty holiday guarantees companies high returns up front and little for the owner of the resource until the well is exhausted.

Two of the review panel's key members -- Dave Mowat, president of the Alberta Treasury Branch and Peter Tertzakian, managing director of Arc Financial Corp -- both work for firms that invest billions in the oil patch.

The panel's analysis, according to Roy, "ignores the effect of increased production of Alberta bitumen on either the local price of bitumen or the world price of oil. The plan appears to be to increase Alberta production at the maximum possible rate despite low prices… This strategy may help American consumers, but does not help Alberta owners."

Roy's analysis, reported in The Tyee last year, found that the province's last royalty review in 2007 actually shorted the province more than $12 billion in royalties during a time of high oil prices.

But that didn't happen. Instead of increasing royalties by $2 billion a year, Alberta's "fair share" plummeted due to bad forecasting and major flaws in how the province collects natural gas and bitumen royalties, Roy said.

As a result the province, which has recorded annual deficits of billions, has failed to collect $12 billion in royalties over the last five years, he said. The new review failed to correct those problems, Roy added.

In 2010, an industry-drafted, behind-closed-doors "Competitiveness Review" further eviscerated recommended increases and made rates lower than they were before the 2007 during a period of high oil prices.

Regan Boychuk, an independent researcher who sat on one of the review's advisory expert panels, called the review's conclusions "shockingly bad."

"The review simply rearranges the chairs on the deck of the Titantic and locks in all the bad decisions and Tory giveaways of the past," he said.

One critic interviewed by The Tyee also said that raising royalties wouldn't affect economic activity because the worldwide average government take is already about 60 per cent.

In Alberta, the share has plummeted from a 40 per cent high during the Peter Lougheed years to less than four per cent today.

Increasing very low royalties in fiscal systems that have a low overall government take will not have any significant impact on the competitive position of such resources, said analysts.

Low royalties 'a foot on the accelerator'

Barry Rodgers, a former high-ranking Alberta civil servant in the Department of Energy and a fiscal systems expert, noted the review barely mentions that the former Tory government consistently failed to save revenue (except under Lougheed), collect its fair share as mandated by the government policy, or report to citizens in a transparent and open manner on royalty issues.

Instead the Tories consistently lowered royalties during periods of price volatility, resulting in a downward trend for royalties over the last 35 years.

These low prices, which guaranteed companies easy returns regardless of their performance, actively contributed to over production, reduced competitiveness and encouraged little or no innovation. Low royalties also overheated the economy.

According to Rodgers, the current royalty review got off to a bad start by assuming that Alberta's royalty system worked well and just needed some fine-tuning.

But the province's royalty system is broken, he argued, and has been causing serious damage by subsidizing uneconomic activity. The report even notes that 27 oil sands projects, which inefficiently inject steam into the ground to melt bitumen, may never reach payout "due to excessive cost overruns."

"The lower royalties then acted like a foot on the accelerator," explained Rodgers, "at a time when prices were already high enough to attract the levels of investment needed."

In the process, low royalties served as a hyper growth policy that aggressively pushed into existence large, long-lived projects "that are difficult to stop and start in response to commodity price fluctuations."

The province's chronic low royalties also caused another problem, he said: as a declining royalty share became significant enough, it caused the public to "distrust in the resource management system."

In other words, low royalties made it impossible for the government to earn extra revenue when prices were high and deprived the owners of the resource their fair share.

The only way for Alberta to break this disastrous royalty pattern is to slow down development, said Rodgers, as well as curtail extreme projects that need royalty relief by increasing royalties in a system that saves wealth in trust for future generations.

Alberta's royalty policy, said Rodgers, is not consistent with the fundamental resource and environmental management notion of "In-Trust."

That notion, long abandoned by the Tory party, reflects the principle "that current generations have a moral obligation to not leave future generations worse off."

Although the review claimed that Alberta's royalty rates are comparable to other jurisdictions, it failed to compare Alberta to the jurisdictions that matter most such as Saudi Arabia or Venezuela. The review, for example, makes but one mention of Norway.

Boychuk also said that the review failed to provide true comparisons that took a critical look at real government pricing around the world.

To gauge the appropriateness of bitumen royalty rates, for example, the review hired Wood Mackenzie, a firm that advises oil and gas companies.

It based its conclusions that current rates were adequate on the imaginary performance of a 35,000-barrel-a-day steam plant operation that might extract bitumen by 2022, Boychuk said.

According to research by Rodgers, for example, Norway charges resource developers 78 per cent of the net income from oil and gas production while Alberta charges 50 per cent for conventional oil and 37 per cent for natural gas.

The report, however, avoided such comparisons other than noting that British Columbia has the lowest royalties for natural gas and that Saskatchewan managed its hydrocarbons to generate economic activity as opposed to wealth for the resource owners.

Gil McGowan, leader of the Alberta Federation of Labour and a long-time champion of royalty reform, rebuked the NDP government of Premier Rachel Notley for supporting the review.

"Some people say the NDP have come face to face with reality. I say what happened can best be described as the government being captured by industry," McGowan told Calgary Sun columnist Rick Bell.

"I honestly think the government has made a profound political mistake," he said. "We don't believe progressive governments have to become conservative to deal effectively with economic issues or to succeed politically. That's a fallacy."

In its submission to the royalty review panel, the Fort McMurray First Nation called for modestly higher bitumen royalties and warned the Notley government not to listen to advice offered by financial institutions such as those represented by some members of the review panel.

"The financial institutions that constitute the capital markets obtain their revenues by providing services to savers and borrowers. Large projects such as in the oil sands, and the companies that invest in them, are valuable revenue sources and attractive clients to these institutions. The inclinations of these institutions will always be to want to see more attractive investment opportunities, from which they will benefit by providing them with financial services. They are not likely to provide unbiased, objective views on matters such as royalties."

In another submission, the economist Mark Anielski reported how the province would have benefited if it had kept Lougheed's approach to a robust and healthy royalty regime.

"Had Alberta maintained a 30 per cent royalty rate on the share of the value of the oil and gas produced between 1971 to 2014, Albertans would have generated $471.4 billion in oil and gas royalties. Had 50 per cent of these royalties been invested in the Alberta Heritage Savings and Trust Fund with annual average return of five per cent per annum we would now have an investment account worth over $481 billion."