The deputy minister of health sent an email yesterday to all staff in the ministry asking them not to delete or destroy any records related to the 2012 firings that the provincial ombudsperson is investigating. 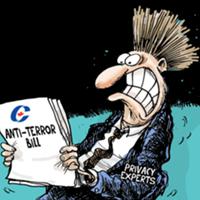 Stephen Brown wrote to health ministry staff that Ombudsperson Jay Chalke had sent him a letter requesting that "Ministry staff ensure the preservation of all electronic and paper records that currently exist and which relate or could relate to the subject matter of the referral."

Brown wrote that Chalke also requested, "From this point forward and until the conclusion of the investigation, Ministry staff ensure that they do not delete or otherwise destroy any electronic or paper records that relate or could relate to the subject matter of the referral, whether or not those records are transitory."

The opposition NDP hammered the theme in the legislature, drawing attention to the lack of records on numerous files, including the 2012 health ministry firings.

In September 2012, the health ministry announced allegations related to data management, contracts and conflicts of interest that would lead to seven firings and the freezing of several drug research contracts. Work that stopped as a result included an assessment of Premier Christy Clark's pet anti-smoking program.

The government has since reinstated two of the people who were fired, settled out of court in three wrongful dismissal and defamation lawsuits, and Clark has apologized for some of the firings and for misleading the public. Two lawsuits are ongoing.

A review by lawyer Marcia McNeil of what went wrong with the firings was released in December 2014, but McNeil wrote that she could not answer the basic questions of who made the decision to fire the workers or why.

McNeil wrote in her findings that throughout her investigation no employee would acknowledge their own role in any decision-making, resulting in a lot of finger-pointing. Her investigation was also stymied by a "dearth of documents," such as reports, briefing notes, and meeting notes, which she noted are "frequently prepared in situations where discipline may be contemplated."

In his email to health ministry staff, Brown claimed the ministry has already produced a large number of records related to the firings, both in response to freedom of information requests and during McNeil's investigation.

However, he wrote, "effective immediately, all records that specifically or generally reference the events covered by the Ombudsperson’s mandate must be retained until further notice. Please take all steps necessary to preserve these records whether or not they are transitory in nature."

Health policy researcher and author Alan Cassels said that it's odd that Brown would be reminding people to keep records three years after the firings were made. "The horse hasn't just escaped from the barn, the barn's burned down," he said.

Despite numerous requests to the government since 2012 for information about the firings, little that's substantial has been released, Cassels said. "To be told there aren't any records, it stretches credibility to the breaking point. You just can't believe them."

Last week Chalke appeared before the finance committee to request a $7.1-million budget for 2016-2017, up by $542,000 from the previous year. The increase is needed largely due to the health firings investigation, referred to his office by the finance committee, which has already taken resources away from his office's regular work responding to complaints from the public, he said.