The British Columbia government wants all drones to be registered and pilots certified, according to a submission to a federal panel looking at the expanding technology. Whether it's reports of near-misses with airplanes or spying on neighbours, Victoria is in a race to catch up with the burgeoning technology. 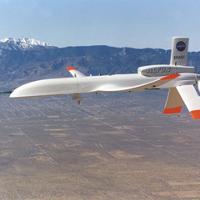 The submission is in response to federal Transport Minister Lisa Raitt's call for opinions on proposed amendments to drone regulations in Canada.

Drones weighing 35 kilograms or less can fly without authorization, but operators must conform to Canadian Aviation Regulation rules and respect federal, provincial and local laws about trespassing and privacy. Those who fly larger drones or for commercial purposes must apply for special flight operations certificates from Transport Canada.

''The advantages and opportunities that [unmanned aerial vehicles] present must be balanced with government's interest in protecting the personal safety and privacy of its citizens,'' said the B.C. report.

''Rapid development, growth and adaption of UAV technology are challenges to both the aviation sector and the public that require the attention of policy makers and regulators. Of particular concern to British Columbia is the unsafe use of UAVs in proximity to other aircraft, violation of personal privacy and the current inability for provincial or municipal enforcement.''

The report includes a list of civil aviation near-misses with drones in 2014 and 2015, mostly around B.C. airports, and a much-publicized allegation that a drone-sighting near Oliver, B.C. wildfires grounded water bombers for more than four hours for safety reasons in August. The only description of the drone in the Civil Aviation Daily Occurrence Reporting System, filed Sept. 1, was that it was ''fluorescent orange-coloured from above.''

Transport Canada prohibits all drones within nine kilometres of any airport, and they cannot be flown higher than 90 meters above ground or within 150 meters of people, animals or buildings. The maximum federal fine for misuse is $25,000 and up to 18 months in jail. A $5,000 fine and six-month jail sentence is the maximum penalty under the province's Wildlife Act.

The province's report said there are myriad applications for drone technology in tourism, film and real estate as well as search and rescue and military. The Ministry of Forests, Land and Natural Resource Operations' Timber Sales Program uses drones for forest management, and the Ministry of Agriculture considers drones an important current and future tool in acquiring data about crops and eventually automating spraying and pruning.

The report mentions BC Hydro uses drones and that its internal operators must satisfy Transport Canada requirements and be trained by manufacturers. Even B.C. Pavilion Corporation has joined the drone bandwagon. In mid-2014, BC Place Stadium management spent $2,686 to buy a DJI Phantom 2 drone plus $778 in accessories from Flying Cameras in Chilliwack, according to documents released under freedom of information.

But there are drawbacks to the technology, including spying. A woman sunbathing topless on her private Vancouver apartment balcony complained in August to city police about a peeping drone.

An April request to the Ministry of Transportation and Infrastructure for records about its current and future uses of drones was met with a $97 invoice for just 70 pages of internal documents. On Aug. 19, three days after the incident near Oliver, the government rescinded the fee.