BC Place Stadium is getting a new artificial turf field in time for the FIFA Women's World Cup, but who's paying for it and will the old one be recycled? 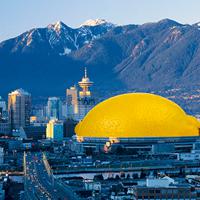 PavCo, the Crown corporation that operates BC Place Stadium, published a request for proposals to replace the current three-year-old artificial field last week in an apparent move to quash a gender discrimination lawsuit and satisfy aesthetics-conscious broadcasters.* The deadline for bids is March 11. Removal and replacement of the turf is scheduled for late May, just before BC Place hosts a Women's World Cup doubleheader on June 8.

PavCo spokesman Duncan Blomfield offered no hint about the cost to taxpayers, who already spent $514 million to renovate the stadium over three years ago. PavCo expects the stadium will lose another $20.8 million for the year ending March 31 and $52 million through the 2017 fiscal year. FIFA, which estimated a $2-billion profit from the Brazil 2014 men's World Cup, is not contributing to the field replacement.

"The Canadian Soccer Association and Rugby Canada will be assisting with the funding for the new surface, an expense we had budgeted for in full for when the turf had tentatively been scheduled to be replaced, likely in 2016," Blomfield said via email.

The three-year service plan for PavCo set $4.99 million as the target for capital and major projects spending at the stadium in fiscal 2015 and $6.137 million in 2016, but didn't mention field replacement specifically. The report described such spending as "continuing electrical, mechanical and plumbing upgrades; event equipment and furniture upgrade; and technology upgrades."

The FIFA Women's World Cup Canada 2015 opens June 6 in Edmonton and ends July 5 with the final at BC Place. Winnipeg, Ottawa, Montreal and Moncton are the other host cities. The 24-nation tournament will be the biggest single-sport women's event in history, yet organizers have only filled three of the six spots for national sponsors.

The Canadian division of Japanese security software maker Trend Micro broke a long drought in sponsorship sales on Feb. 17. Other committed sponsors include Labatt Breweries and Bell, the parent company of broadcast rights-holders CTV and TSN.

By comparison, Germany 2011 sold all of its six national sponsorship slots more than a year before the tournament. It boasted a railway, insurer, bank, post office, telecommunications company and supermarket chain as sponsors.

In the past year, five major international sponsors, including Sony and Emirates, did not renew their deals with FIFA, which is under international media scrutiny for allegations of bribery over the awarding of the 2022 World Cup to Qatar.

Canada 2015 chair Victor Montagliani said more sponsorship announcements are on the way in the next 30 days. "If you're a sponsor, two years out is different from being a sponsor 60 days out," he said. "The opportunities are still there, they're just a different set of opportunities."

Montagliani, who is also the Canadian Soccer Association's president, said the revenue target for national sponsorship was between $12 million and $20 million, but conceded "we're closer to the 12 than we are to the 20."

Canada 2015's budget is more than $70 million. The federal government pledged $15 million, while host provinces are putting up $2 million each.

"As the turf replacement is currently undergoing a competitive bid process, it would not be not appropriate to provide the individual contributions, or the total estimated cost, prior to the completion of the project," Blomfield said.

Victor Montagliani, president of the Canadian Soccer Association, wouldn't comment about his organization's contribution to replace the field. Montagliani is also the chair of the FIFA Women's World Cup Canada 2015 national organizing committee.

American women soccer players complained about the quality of BC Place's Polytan LigaTurf artificial field during the regional 2012 Olympics qualifying tournament, the year after Canada was chosen as host when Zimbabwe, the only other bidder, withdrew.

U.S. team captain Abby Wambach led a group of players from various countries in an unsuccessful campaign to force the Canadian Soccer Association to install temporary grass surfaces in each of the six Women's World Cup host stadiums.

A 2014 gender discrimination complaint to the Ontario Human Rights Tribunal was filed last fall against the Canadian Soccer Association, but later abandoned. All was not lost, because the lawsuit suggested new artificial turf surfaces be installed if FIFA could not be ordered to use grass. That is exactly what will happen where the tournament begins and ends.

Tenants in Canada's largest stadiums are Canadian Football League franchises. Edmonton's Commonwealth Stadium, where the tournament kicks off June 5, will also be getting a new surface after broadcasters complained that the erased football lines were still partly visible during last summer's Under-20 Women's World Cup. The Canadian Soccer Association and the City of Edmonton are splitting the $800,000 bill for the April and May project, according to the Edmonton Journal.

The PavCo tender document said the new surface must meet both FIFA and World Rugby standards. BC Place will also host the Canada Sevens men's rugby tournament in March 2016.

Whether the old pitch will be sold to another stadium or sent to a landfill is unclear. Said Blomfield: "The destination for the surface is yet to be determined and will be reviewed as part of the criteria for the competitive bid submissions."