Dermod Travis has one word to describe the sums of money raised and spent by local politicians and parties in British Columbia's 2014 local elections: obscene. 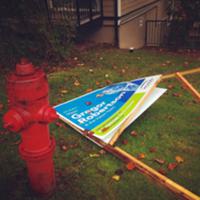 Vision Vancouver and its $3.4-million machine got most of the attention after Elections B.C. released financing reports on Monday, but other communities also saw increases in 2014.

B.C. recently joined Ontario and other provinces by extending municipal terms from three years to four, but while Ontario caps individual donations at $750, B.C. has no such limit.

And while changes may be coming -- a committee of the legislature was struck to hear testimony about enacting limits on fundraising and spending -- Travis, the executive director of IntegrityBC, said the BC Liberals are in no rush to act.

"I don't expect legislation to be tabled in this session at all; maybe next fall, maybe the spring session after that," Travis said. "But as long as you can spend these types of dollars, I'm still a little baffled where the B.C. government will set the limit and [it] actually have meaning."

Regulations are such that reports filed by the mayors of Burnaby, Surrey and Vancouver state they received no donations, nor did they spend anything on their winning election campaigns. Derek Corrigan, Linda Hepner and Gregor Robertson were the faces of their parties last fall, but it was their parties that collected the donations and spent from central accounts.

There was one major exception in Metro Vancouver. Richmond's Malcolm Brodie, an independent, was re-elected for a fourth time. His report shows total expenditures of $451,294.69 to beat challenger Richard Lee and his three-person Richmond Reform slate, which spent $89,946.54.

Nearly all of the $113,736.78 income reported by Richmond Reform was connected to its city council and school board candidates Sunny and Kenneth Ho. It is not uncommon, Travis said, for candidates to make sizeable donations to their own campaigns.

"If you don't have a cap on individual donations, you really don't have an assurance that the money they're donating to their campaign is their money," Travis said.

While Helps got no help from unions, Fortin counted $10,600 donations from both B.C. Government and Service Employees' Union and CUPE B.C. and locals 50 and 1978.

Former BC Liberal cabinet minister Ida Chong lost her Oak Bay-Gordon Head seat in a $128,726 campaign in 2013 to Green Andrew Weaver. She mounted an unsuccessful comeback to the political arena with a $108,120.45 mayoral campaign. Chong received a $100 donation from former caucus mate Moira Stilwell and $1,000 from retired veteran bureaucrat Robert Plecas.

The next big vote in B.C. is the Metro Vancouver plebiscite on a 0.5 per cent sales tax hike to fund TransLink expansion. Unlike the local elections, there is no requirement for campaigners or third parties to disclose who donated what.