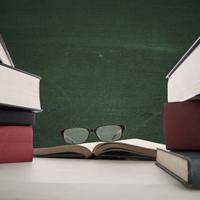 "Our turnout was huge," BC Teachers' Federation president Jim Iker said last night, referring to the 31,741 teachers who turned out to vote, 86 per cent of whom voted yes to the deal. "This vote actually had more people voting than in our last four ratification votes."

Teachers will go back to work tomorrow for preparation time. Schools will reopen to students on Monday, for one hour in many districts, as should've happened on the first day of school earlier this month.

According to Iker, the B.C. Ministry of Education has told superintendents that school calendars won't change to make up for the 14 days students missed this year. In all, teachers will be paid for eight days of work in September.

The union president said he was happy with the deal, and that members showed their support with their votes. A Ministry of Education press release issued soon after the vote results were announced echoed his sentiments.

"I want to thank and congratulate B.C. teachers for voting in favour of the agreement reached earlier this week between the BCTF and BCPSEA bargaining teams," reads an emailed statement from Education Minister Peter Fassbender. "We have one of the best public education systems in the world, and that's in large part because we have such great teachers."

Despite a large majority in favour of the deal, there was vocal disappointment and even anger over the contract shared over social media and in the news in the days leading up to the vote.

The Tyee obtained a copy of the agreement that provides more details than what teachers received from their union earlier this week. Compared to what they were asking for before the strike started last June, the deal leaves teachers behind their peers across Canada in wages, and with little ground gained in terms of class size and composition, and specialist teacher to student ratios.

No make up for zeros

Unlike other public sector unions that have already signed deals, the teachers did not have to fund the 7.25 per cent wage increase over five years -- the first year of the agreement, retroactive to June 30, 2013, had no wage increase -- with cuts made elsewhere. The government has also promised to fully fund this deal instead of downloading it to school districts like they did in 2012.

The union said it won't make up for the three years it has gone without a raise. Nor does it help teachers reach parity with colleagues in other provinces, let alone keep pace with British Columbia's two per cent annual inflation rate.

There is an annual Economic Stability Dividend scheduled from 2016-2019, but whether teachers will receive any money from it is unclear. The government's predicted Gross Domestic Product must be lower than the actual GDP that year, in which case union members will receive increases equaling 50 per cent of the difference between the two. The union's 2006 contract had a similar agreement, and teachers never received a dime.

The government has agreed to form a joint committee with the union, with up to four representatives from each side, to discuss teacher wages, including comparisons with the private sector, with other public sector unions, and with public teachers across Canada. The committee must be formed no later than Oct. 1, 2016.

Creating committees to deal with such issues instead of bargaining them is not new. When the government legislated teachers back to work in 2005, it established Learning Roundtables to tackle class size and composition issues. With representatives from the teachers, administrators, parents, trustees, and government, they met a few times a year starting in 2006 until 2010, but no changes to class size and composition were ever implemented.

Teachers have agreed to waive any impending grievances for the government's violation of the class size and composition and specialist teacher ratios up to 2014, which Justice Susan Griffin ruled were unconstitutionally stripped from teachers' contracts in 2002.

In return, the government is paying the union $105 million, which will be divided between the 41,000-plus teachers, regardless of who wins the case on appeal, which begins next month. How the money will be divided, and whether it will be taxed, has yet to be determined and it will be months before teachers receive it.

Also in lieu of filing grievances, elementary school teachers will receive 100 minutes of paid prep time per week, effective immediately. While some larger locals already negotiated that much time for elementary teachers, 55 locals were only receiving 90 minutes. On the last day of the contract, June 30, 2019, prep time will rise to 110 minutes.

The grievance fund will not impact the court case. Instead, if the final ruling restores any of the language stripped from teachers' collective agreements, negotiations on class size, composition, and specialist teacher ratios will reopen starting from the restored language.

In the meantime, the $75-million annual Learning Improvement Fund is replaced with the annual Education Fund exclusively for hiring new teachers. The fund, which started this year at $75 million, increases to $80 million next year and to $85 million in 2018/19. While union representatives will have input on how the fund is spent, the final decision lies with district superintendents.

With the Learning Improvement Fund replaced, it's unclear if support workers will receive the promised $15 million in annual funding. Plus, in many districts the majority of the fund was already spent on teachers, meaning any increase in teacher hires will be minimal.

In any case, while the province waits for the B.C. Court of Appeal decision and the expected challenge at the Supreme Court of Canada, the Education Fund is the only way these working conditions will be addressed.

Teachers on call are big winners

The best news is for teachers on call. Where once a teacher on call had to work four consecutive days in order to receive the pay of a salaried teacher with similar experience and education, now teachers on call will be paid the same as their colleagues with permanent or contract positions, up to what's known as Category 5 Step 7, for every full day worked. That cap increases to Step 8 in 2016.

For young teachers starting out or substitutes working in rural districts, these changes make it easier to get a foot in the door of a district, possibly leading to a contract or salaried teaching position and maybe even supporting an adequate living in the process.

The biggest obstacle remaining between teachers and the government isn't written in the contract. It's the attitude each has about the fact that a third negotiated settlement has been reached under the current government.

"We can now focus on the path forward. This long-term agreement is an historic opportunity to work together for students -- to enhance their education experience and to support their achievements," Fassbender said in his statement, an echoing of Premier Christy Clark's optimism for future labour peace between both sides.

But while Iker is pleased with the deal, he made clear in last night's conference that it won't be the end of the teachers' fight to change working and learning conditions in the province's public schools.

"British Columbians are not okay with the status quo," Iker said, referencing class size and composition in particular. "We will keep building on the momentum of the last several months, to keep advocating for more support for our students."

The first step, the union leader said, will be engaging school trustee candidates on their plans for public education in the lead up to November's municipal elections.