For politicians in Canada and Europe this will be obligatory summer reading: A large chunk of the final proposed text of the free trade agreement CETA between Canada and the European Union, negotiated in secret, was leaked today. 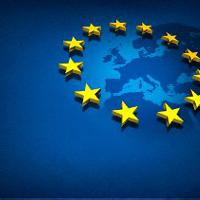 The Canada-Europe CETA: What's Behind the Curtain?

The whole treaty is said to have 1,500 pages. But the German Public Television Station ARD has so far only put the first 521 pages online. The appendix with detailed data is still missing.

The CETA (Comprehensive and Economic Trade Agreement) has been subject to criticism from a wide range of groups, amongst them environmental movements and globalization critics. Most opponents don't denounce free trade, but question many other aspects that come along with the deal. Actually, only about one third of the document discusses trade -- the rest is about balancing power between governments and investors.

One controversial chapter is about investor rights (ISDS). It gives investors the option to bypass the court system and settle conflicts in a private and sometimes clandestine way. A first glimpse at the documents shows that investor rights in the CETA deal are quite broadly defined, but are not the same as under the North American Free Trade Agreement between Canada, U.S. and Mexico (NAFTA). As a consequence of being part of NAFTA, Canada has had to pay investors more than $170 million so far in such settlements. Opponents of CETA fear that those special rights undermine democracy because they weaken the power of local and national governments. Investors might sue governments if their regulation hinders investment.

The proponents of the deal say that those investor rights are necessary in some European Countries, where the legal system isn't good enough -- e.g. in countries like Romania, Bulgaria or Cyprus. That's why investors should have access to private settlement procedures.

The most prominent opponent of ISDS so far is the German government. In a letter to the German parliament, the Ministry of Economics has said that it "doesn't consider Investor Rights to be necessary in a trade deal between countries with developed Legal Systems." That's why there had been rumours that the Germans might oppose the deal, and might even stop it, but sources that are close to the government in Berlin have said to The Tyee that the Germans "are quite aware that they are not the only country inside Europe." In other words: The Germans have accepted that they cannot stop the deal.

"We wouldn't be opposed to reducing tariffs. But this deal is about giving rights to corporations," said Garry Neil, executive director of the Council of Canadians in an interview with The Tyee.

Scott Sinclair of the Ottawa-based think tank Canadian Centre for Policy Alternatives said: "The outcome of the deal is that corporations win and citizens on both sides of the Atlantic lose."

A first glimpse on the document shows that the treaty is more favorable to the European Union than to Canada.

The benefits for Canada are not as clearly defined. Canadian companies hope to get better access on European markets -- though it's not clear that what Canada gains here outweighs what it gives up.

Canada will open its dairy market and enlarge the import quota for cheese. A source close to the negotiations told The Tyee that Canada now imports about five per cent of its dairy products and that if CETA is implemented, that figure will rise to about nine per cent. The Canadian consumers may benefit in lower prices and more variety in dairy consumption. The losers, however, might be Canadian dairy producers whose income is likely to fall.

Other agricultural producers in Canada stand to benefit from the treaty. Europe has agreed to open its market for fish and meat. Many European consumers, however, are resistant to buying North American meat. They are afraid that it doesn't meet their quality standards, especially when cattle are treated with hormones.

Canada has also committed to lengthen patent protection for drugs, which might cost public healthcare annually $800 million more, according to the CCPA. The reason for the higher cost is that generics will come later into the market, the monopoly protection for pharma industry is longer with CETA.

If the Europeans would gain more from the deal, Canadians would profit as well. Both sides pushing the deal hope it will create new jobs, and that the economy will grow faster in all countries. Not even the opponents doubt that some CETA provision will produce benefits, but the debate lies in how big, and how fairly distributed, such benefits might be.

These are notes drawn from a first scan of the leaked treaty language. In the coming days, The Tyee will report more in detail about the treaty and how it will affect consumers and citizens in Canada and Europe. Next up, for example: How will CETA affect local buying provisions for public institutions in Canada?