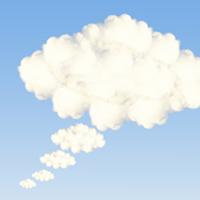 And David Wheeler, chair of Nova Scotia Hydraulic Fracturing Review Panel, also serves as the unpaid director and chair of that company.

LearnCorp International, a private firm wholly owned by the Cape Breton University Foundation, lists Wheeler as chair of the Board of Directors.

The Nova Scotia Registry of Joint Stock Companies also identifies Wheeler as one of seven directors as well as chairman.

Last year the Nova Scotia Department of Energy commissioned the Verschuren Centre for Sustainability in Energy and the Environment at Cape Breton University to hold an independent review on the social, economic, environmental, and health implications of hydraulic fracturing.

Although the Nova Scotia Hydraulic Fracturing Review Panel describes David Wheeler as the president and vice-chancellor of Cape Breton University, it makes no mention of his public responsibilities with LearnCorp International. Nor does it disclose that the university owns a firm training workers for Liquified Natural Gas (LNG) terminals.

LearnCorp International, which displays the photograph of an LNG tanker on its website, calls itself "a global leader in petroleum training."

A university website adds that it "has been meeting the demands of ExxonMobil for technical training, curriculum development and capacity building, in numerous countries throughout the world from the United States to Malaysia, from Papua New Guinea to Russia."

Much of the training has directly involved Liquified Natural Gas (LNG) facilities.

North America's shale gas industry, which pressure injects liquids underground to crack open shallow and deep rock formations, is now advocating for the construction of LNG terminals due to low natural gas prices on the continent.

To date two LNG terminal sites have been proposed for the province. The gas would either come from fracking operations in the Marcellus Shale in the United States or eventually from coal and shale formations in Nova Scotia.

Shale producers are now pushing LNG terminals because they poured so much natural gas onto the domestic market that the industry collapsed the price. Many firms lost billions of dollars.

Wheeler the 'non-executive chair of LearnCorp'

When the province appointed Wheeler as head of the public review, it noted that the academic had "been widely published in the field of water quality and health, including groundwater pollution control." But it omitted his ties to LearnCorp International.

Margo MacGregor, program administrator for the review panel, explained to The Tyee that Wheeler sits as "the non-executive Chair of LearnCorp" and that "the rules of the Foundation imply that the President of CBU has to be the Chair for governance reasons."

She described the company as a "non-profit subsidiary of the CBU Foundation which in turn is a creature of the Province of Nova Scotia."

MacGregor added that the review panel "corresponded on the topic with an environmental organization several months ago to their apparent satisfaction and it is certainly not a secret."

She said Wheeler's involvement with LearnCorp is "worthy of disclosure in the final report, along with many other things that result from his previous jobs and current responsibilities at CBU."

At recent public meetings, where citizens have voiced intense opposition to the intrusive industry, Wheeler has indicated that Nova Scotia needs more time to study unknowns and uncertainties about hydraulic fracturing. 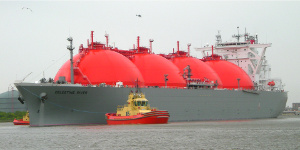 "As a panel we are not saying, based on our deliberations so far that this activity should happen now or that it should occur in the future. We are not saying that we are eliminating the possibility but there will have to be some significant tests. We are saying that before anything happens there should be a significant period of learning and dialogue around this topic," said Wheeler this week.

The Tyee recently revealed that another member of Nova Scotia's review panel, Maurice Dusseault, holds a patent on hydraulic fracturing and therefore stands to benefit financially by the industry.

"That's a key part of where their expertise comes from, they have been in the field, they understand what is taking place and so I think it's critical to have that expertise there and that's why he is on the advisory committee," Leonard told the CBC.

Critics, however, contend that there is a huge difference between being a knowledgeable academic on a subject versus holding patents on the process being assessed, or chairing a company that directly benefits from oil and gas activity in an era of rising concerns about destabilizing climate change.

They argue that the issue is not malfeasance but simple and timely public disclosure of possible conflicts.

"The concept of conflicts of interest seem to be lost on many public officials here in the Maritimes," said Donald Bowser, the president of a Halifax company that promotes transparency and integrity in government industry around the world.

"Any public official should recuse themselves from exercising discretion on matters where they have a private interests or those around them (family, friends, business partners) have private interests," added Bowser.

The NS Conflict of Interest Act, for example, states: "Conflict of interest exists when the duties and responsibilities of an employee are/or potentially could be compromised by his or her personal and private interests. A conflict of interest may be real, apparent or perceived."

Bowser says that Dr. Wheeler's should have publicly declared and clarified his unpaid position as chair and director with LearnCorp International before the hydraulic fracking review process began.

*On August 1, David Wheeler issued a response to this Tyee story and follow-up media reports, saying "the majority of the [Tyee] article is accurate" except that the University of Cape Breton does not own LearnCorp International; rather the private non-profit is owned by the province of Nova Scotia. Wheeler said his role with LearnCorp International placed him in no conflict of interest. This article has been updated to reflect that clarification.