If the teachers' union and its employer don't reach a negotiated settlement by June 30, all teachers will picket summer schools. 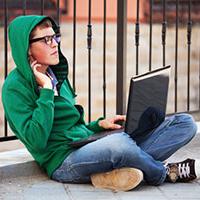 BC Teachers' Federation President Jim Iker made the announcement this morning, just two hours before the union was scheduled to meet with the B.C. Public School Employers' Association at 1:15 p.m. to discuss hiring a mediator to help reach an agreement in the next five days.

"This was not a decision that we made lightly, but we cannot allow government to continually underfund the B.C. education system," said Iker, adding the union is fighting cuts made to class size and composition, and specialist-teacher-to-student ratios made 12 years ago.

The union's announcement comes in response to public speculation regarding the future of summer school. Several school districts, including Surrey and Vancouver, are expected to announce later this week or early next week whether summer school will go ahead. The Ministry of Education has already indicated it was willing to lift the partial lock-out of teachers to allow for summer school.

Yesterday the employers' association sent a letter to the Labour Relations Board requesting the essential services designation be amended to include teaching at summer schools, at the five year-round elementary schools in the province, and at youth correctional and health facilities after 10 days for striking. The ongoing strike will reach the 10-day mark on June 30.

Iker said today's announcement deals only with summer school; no decision has been made as of yet regarding the other education programs the letter to the board mentioned. But the union's first-vice-president Glen Hansmen said via Twitter that the effect on students in medical and correctional facilities would be minimal.

@Kehyslop Not yet. Many of those facilities don't have teachers working in them during summer in any event.

Over 49,000 students participated in summer school in 27 districts last year. Some of those students attended remedial classes, helping them finish courses they didn't pass in the regular school year. Others took full-credit courses over the six weeks of summer school to help free up their high school timetable or graduate early.

All teachers will be picketing summer schools, not just those contracted to teach summer school. Iker said it would be up to union locals to organize pickets, adding it is important all teachers get some time off this summer.

He added many students take remedial courses online, and that could happen for all students in the event of a teachers' strike. But the union president wasn't sure who would assess and monitor those students if teachers are on the picket lines.

His message to kids upset with the chance summer school could be cancelled was the same one he's sent to parents, trustees, and members of the public throughout the strike: "Put the pressure on the government to come to the table with the willingness to get things done."

If the strike does continue, Iker said teachers are still willing to bargain during the summer months, but said he wouldn't say bargaining would happen "24/7," referring to bargaining commitments made by Education Minister Peter Fassbender in the past two weeks.

*In a press conference this afternoon, Minister Fassbender called the union announcement "nothing new."

"We still are miles apart when it comes to what BCTF is asking for," he said.

The ministry is prepared to be at the bargaining table all summer, he added. "We are not rushing to legislation. The government is not going to continue the cycle of disruption, legislation, litigation."

Iker also announced the teachers have a mediator in mind to propose to the employers' association this afternoon. Unlike Vince Ready, who the union proposed last week but later learned was too busy to mediate negotiations, the union says this mediator, whose name they are not releasing yet, is available.

Last night the Vancouver School Board ruled in favour of asking the government to appoint an Industrial Inquiry Commissioner on teacher bargaining, a position Ready held in 2005, which resulted in a report making several recommendations for improving teacher bargaining. Iker stopped short of endorsing that call, but said a mediator is free to make recommendations for improving bargaining.

Iker said the union had already made compromises by lowering its wage demands from 10.75 per cent wage increase plus a 2.75 per cent cost of living increase over four years to eight per cent plus a $5,000 signing bonus, and annual increase of GDP projections minus actual GDP, over four years.

He added the union has "ways to compromise" over funding for class size and composition and specialist-teacher-to-student ratios but refused to go into detail.

Government is currently proposing a seven per cent wage increase over six years, or an 8.5 per cent over seven years, plus a $1,200 bonus if teachers reach an agreement by June 30.

*Story updated to include Fassbender response at 4:20 p.m.