Despite claims on both sides of the bargaining table that they would work "24-7" to get a deal this weekend, the BC Teachers' Federation and the provincial government can't even agree on how hard they worked over the past few days. 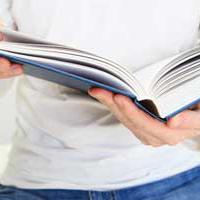 Deep Reading for BC Education Keeners

Education Minister Peter Fassbender said this morning that both sides "worked hard through the weekend. When negotiations adjourned late last night it was with the expectation that talks would continue today."

Union president Jim Iker told a different story. On Friday, the teachers tabled new wage, class size, composition, and teacher-to-student ratio proposals. This included a wage reduction to an eight per cent increase over five years, down from the 9.75 per cent over six years plus cost of living increase they tabled June 3.

Then, Iker said, the union waited 48 hours for the BC Public School Employers' Association to come back to the table, only for it to counter with a seven per cent salary increase offer, down from its previous 7.25 per cent offer over six years.

"It's almost unheard of to backtrack on a wage offer," Iker said this morning, "and in my view I don't think that shows a lot of good faith [from] our Premier Christy Clark. She's not changed, and I think British Columbians will be angry."

But that's not the picture that Peter Cameron, the B.C. government's spokesperson for the employers' association, painted of this weekend's bargaining, saying the association waited 12-and-a-half hours for the teachers to present their new proposal on Friday, and spent the weekend going back and forth with the teachers over that proposal.

"There were a lot of delays on both sides, and that's very characteristic of hard bargaining," he said.

MLAs got a big increase, why not teachers?: Iker

Cameron said it was "disingenuous" -- but told reporters "lying" was too provocative of a word to use -- for Iker to say the employers' salary offer was a step backwards.

He recalled a recent radio interview with Iker saying the employers had previously tabled "a position that was 6.5 per cent." Iker hadn't included an additional 0.75 per cent increase effective on contract ratification, Cameron said, because it came from savings in the collective agreement. But the employers' current seven per cent increase proposal is all new money.

In contrast, the employers' new offer includes an "Economic Stability Dividend," which Cameron said would be similar to the union's Gross Domestic Product request, and an additional 1.5 per cent if teachers agree to a seven-year contract. Their signing bonus remains at $1,200 if teachers sign a deal by June 30.

"What [the employers' association] has on the table for the union is exactly what other [unions] have been offered, and it would be inappropriate to offer them more when others have settled for that pattern," said Lee Doney, president and CEO of the Public Sector Employers' Council, who addressed media with Cameron this afternoon.

But the teachers are comparing their wage proposal to the MLA raises of 2007/08, where both the BC Liberals and the BC New Democratic Party voted for an average 20.3 per cent pay increase in 2007 and subsequent cost of living adjustments. They haven't received an increase since their cost of living increase was frozen at 2.1 per cent in 2010.

The government's reasoning for the raise was that MLA salaries were lower than their counterparts in Ontario, Quebec, Newfoundland, Nova Scotia, and Saskatchewan. Iker said this increase brought MLAs to the second or third highest salaries in the country.

"This government thinks it's okay that MLA salaries are competitive across Canada, but they don't believe that our salaries should be competitive," said Iker, adding B.C. teachers' pay is the ninth lowest in Canada.

The union also tabled changes to its class size and composition requests. Instead of demanding the return of formulas stripped from their contracts in 2002, they'll wait for the B.C. Court of Appeal to rule on the government's appeal of a January case that demanded a return of class size and composition and specialist-teacher-to-student ratios to teachers' collective bargaining.

In the meantime, teachers propose two different funds with new money from government "to help both sides move forward" while they wait for the ruling.

The Workload Fund would deal with class size and composition and specialist teacher-to-student ratios by providing new money for hiring more teachers.

The government's current Learning Improvement Fund puts $75 million per year towards alleviating education issues including but not limited to class size and composition, and requires districts to merely consult teachers on its use. But local teachers' unions and school boards would decide how the Workload Fund would be used, and it would continue regardless of how the B.C. Court of Appeal rules.

A separate retroactive grievances fund would address the "thousands of grievances" the union predicts teachers will bring against their employers regarding class size and composition issues dating back to 2002.

The employers rejected both funds, and instead suggested making the Learning Improvement Fund part of the collective agreement, specifically directed towards class size and composition. They also proposed striking a fact-finding committee on the issues.

Iker said the employers tabled another option that "within 60 days of the ultimate [B.C. Court of Appeal] judicial decision, either party may give written notice to the other of termination of the collective agreement." The employers called it an interim solution.

The employers left the bargaining table at midnight Sunday expecting the teachers to return with a more "fulsome" contract proposal detailing their position on benefits. Instead, Cameron said the union's communications team has been working harder than their bargaining team.

"You don't keep us waiting from six o'clock until midnight… [then] tell us, through the mediator, 'We're adjourning so our executive can discuss the situation and get back to you,' and then the next day unload details of the positions of the parties [to the media]," he said.

Schools across B.C. are closed today while the teachers take part in rallies and meetings with their local unions. The union's executive committee decides today if teachers will walkout tomorrow, as well as whether they will suspend the walkout during summer school if a deal isn't reached by June 30.

Since May 26, under the employers' direction, teachers have been limited to being on school grounds 45 minutes before or after classes, as well as taking meetings or helping students during recess or lunch, which has led to many teachers taking their breaks outside of the building. The government has already announced it is willing to suspend the lockout over the summer.

"The strike is imminent," said Iker. "Government had that opportunity to get a deal this weekend and they squandered it. It's just so disappointing."

Although bargaining was set to resume today, Cameron said he couldn't get an agreement to come back to the table from Iker.

"I asked [him] on the telephone this morning, 'Are you going to respond to us after you finish your executive meeting?' and he said, 'We're looking at all the options," he said. "That doesn't leave things in a very clear place."