An NDP MLA is raising concerns about taxpayer resources being used to promote a Vancouver talk on ethical sales by a person convicted in the United States of money laundering and securities fraud. 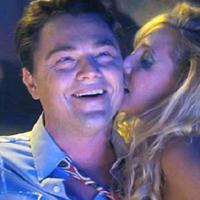 'American Hustle' and 'The Wolf of Wall Street'

Jordan Belfort, billed as "The Real Wolf of Wall Street," spoke yesterday at the Vancouver Convention Centre, with tickets starting at $117. The event organizer Soho Business Group lists Small Business BC as a marketing partner, which got the attention of Stikine MLA Doug Donaldson.

"Small Business BC is a registered non-profit society which lists the Ministry of Jobs, Tourism and Skills Training as a major funding partner," Donaldson wrote in an April 30 letter to Shirley Bond, the minister of jobs, tourism and skills training. "A portion of their board members are appointed by the Minister of Finance."

Donaldson questioned the organization's advertising of the Belfort talk. "Mr. Belfort has repaid only about 10 [per cent] of more than $100 million he owes to a victim compensation fund since being convicted of money laundering and securities fraud in the U.S. in 2003," he wrote.

B.C. ministry funding is helping Small Business BC deliver Belfort to a B.C. audience, he said. "Does the Minister believe it is a good use of taxpayer dollars to assist in sponsoring the promotion of an event for Mr. Belfort in BC?"

The FBI shut down Belfort's Stratton Oakmont, described by Bloomberg BusinessWeek as a "penny stock boiler room" that employed upwards of 1,000 brokers in pump and dump schemes, in 1998. Belfort was sentenced to four years in prison, 22 months of which he served.

Belfort was the subject of last year's movie The Wolf of Wall Street, starring Leonardo DiCaprio, which was nominated for five Academy Awards. He has reinvented himself as a business consultant making a living talking about what he's learned from his experiences.

Bond referred questions to her staff Wednesday, who arranged an interview with Naomi Yamamoto, the minister of state responsible for tourism and small business.

"I'm satisfied there is no government funding associated with this," Yamamoto said. "There's a reciprocal sort of marketing agreement that Small Business BC has with Soho. They share some events and market for each other, but there is no taxpayer money going to this."

Asked whether the provincial government's core support for Small Business BC makes it possible for the society to enter such agreements, Yamamoto said, "That's not something that is a concern right now."

She did, however, ask her staff to make sure Small Business BC informs her office of "any future marketing events that perhaps would raise concerns."

"We don't want taxpayer money paying for somebody who has a reputation that will taint government," she said. "We shouldn't have taxpayers supporting people with questionable backgrounds."

Sara Clark, the vice-president of marketing for Small Business BC, said the Belfort talk was one Soho put forward for promotion under its reciprocal agreement with Small Business BC, but that the organization has no direct relationship with the event itself.

Promotion would have been by various means, including a posting on the organization's website and email to members.

Donaldson said in an interview that government funding made Small Business BC promotion of the event possible. "If it wasn't for the fact Small Business BC's core business is funded by taxpayers, they wouldn't be in a position to make reciprocating agreements."