"God, I don't really like to talk about it very much!" Trevor Loke admits when asked about his Christian faith. "It's so weird that it's now coming up, as it's such a very personal thing for me." 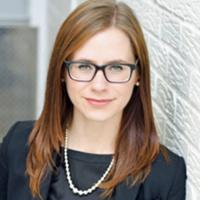 Now, because of a lawsuit he launched yesterday against the province, Vancouver's youngest-ever Park Board commissioner finds both his religion and sexuality in the spotlight. Loke is taking on the Ministry of Advanced Education's recent approval of a new law school at the evangelical, privately-operated Trinity Western University in Langley, B.C.

At issue for Loke and his pro bono attorneys -- civil liberties lawyer Clayton Ruby and the Vancouver-based Janes Freedman Kyle Law Corp. -- is a clause in the Christian university's five-page "community covenant," which all students and faculty agree to follow.

Along with a ban on drugs, alcohol, and pornography, the covenant requires members to voluntarily abstain from sexual intimacy that "violates the sacredness of marriage between a man and a woman," effectively banning same-sex intimacy among its faculty and students.

For Loke, accrediting the law school goes against everything higher education "is supposed to be about."

The 25-year-old, who is the only Vision Vancouver commissioner seeking re-election in November's civic elections, said he plans to apply for law school -- one in B.C., which he and his common law spouse of four years call home.*

"I have a problem when people tell me I'm not welcome at school because of who I am. If my partner happened to be female, I would be welcome," he said. "It's something I cannot help -- even though I'm somebody who has tried to serve the public in everything I do, even though I'm Christian -- just because I check the wrong box, I'm not welcome. That's discrimination."

University ‘on all fours': president

The ministry has not replied to the lawsuit, but confirmed it was served with the legal petition yesterday and has until April 29 to respond. "It would be inappropriate to comment before the legal response is filed," an emailed statement attributed to Minister Amrik Virk said.

Although the lawsuit is aimed at the province, not the university, Trinity Western president Bob Kuhn said he's watching the case closely.

"It's not a surprise," he said. "Mr. Ruby has been threatening this for months. But it's a little surprising to see things being alleged that have already been determined by prior courts."

That's a reference to a 2001 case in the Supreme Court of Canada, where Trinity Western won its landmark battle with the B.C. College of Teachers over its controversial "homosexual behaviour" ban, based on a precedent-setting religious freedom argument.

Kuhn argued that his school is now "on all fours" -- a legal term meaning that similar facts and questions have already been ruled upon by the courts.

"The Supreme Court of Canada determined Trinity Western was fully within its religious freedom rights to have the community covenant it has and make it a part of this community," he said. "The community covenant represents the values and standards of our community, based on biblical analysis, truth, and understanding of how a community of Christians are to live together."

Loke was baptized and confirmed in the Anglican Church, and regularly attends services at Christ Church Cathedral in downtown Vancouver. For him, it's "really bothersome" that the university "purports to tell Christians what to believe," particularly since his sexuality has "never been an issue" for him in the church. (He jokingly admits, however, that some more conservative Christians dismiss Anglicans as "more of a drinking club than a church.")

"What Trinity Western does quite explicitly is say, 'These are the right beliefs, and everyone who comes to our school has to sign a covenant,'" he argued. "If that covenant is broken, they have the right to expel you at any time."

One of the university's explanations for its policy around sexuality is that it applies equally to heterosexual and queer people, since it counsels celibacy outside of marriage, regardless of gender. Those views may be inconsistent with other societal views, Kuhn said, "but they're part of our identity."

"So the only issue here is whether the definition of marriage is sustainable," he added. "If there's any definition of intolerance, it seems to be intolerance towards the Christian views of this community, but also of millions of people across Canada and around the world who share same view: that marriage is between a man and a woman."

When The Tyee put that statement to Loke, he said the school is hypocritical to claim it welcomes anybody -- as long as they are either celibate, or a married man and woman.

"I don't even know how to respond to it, because it's such a fallacy," Loke said after a pause. "Unfortunately the university has talked out of both sides of their mouth on this issue."

Loke said his concern is not over the right of the university to offer degrees as a private university linked to the Evangelical Free Church, which hosts a seminary on the campus. The lawsuit is directed at the ministry, he said, because the minister holds an obligation to uphold the Charter of Rights and Freedoms and not allow a provincially-sanctioned school to "discriminate" against who can attend law school.

"There was once a time when all-white schools existed, but the courts have struck down those schools. My hope is we don't have to live in a society where we segregate based on who people are. Segregation belongs in the history books."

*Story corrected April 16 at 11:50 a.m. The story incorrectly stated that Loke had not yet announced his intentions for Vancouver's election this November.