[Editor's note: Science writer Jude Isabella recently attended the American Association for the Advancement of Science annual conference in Chicago, and her dispatches are running on The Tyee this week.]

A short stroll across the hall at the Hyatt Regency Hotel in Chicago was a leap across a wide, wide, wide, philosophical chasm -- from a belief that humans can change, to one where they can't. 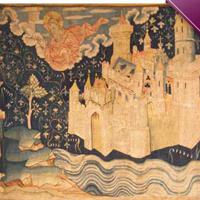 What Will Save Humankind: Tech or Nature?

While one group of researchers explored the possibility of reducing greenhouse gas emissions 80 per cent by 2050, the other group took on the Canadian environment versus economy debate about the Alberta oilsands.

In the emissions session, speakers treated the audience to a couple of useful and thoughtful critiques. Peter Loftus of Primaira LLC, a product development and commercialization company full of engineers, designers, and technicians based in Woburn, Massachusetts (they work on innovative appliance design, medical devices, food waste management, and other products), shared his review of major studies that map ways to drastically reduce emissions in less than 40 years.

Loftus concluded that most studies looking at how to achieve this rely on a serious electrification of the economy. "But how will we produce that electricity?" he asked.

The studies generally suffered from a lack of transparency and detail, he said. They contain ideas on how to tackle power generation without accounting for the vast transformation needed in industry and the energy use of existing buildings.

To make a reduction in greenhouse gas emissions, no fuel source can be excluded, he added, whether fossil, nuclear or biomass.

Still, Loftus did not give the sense that all is lost -- through a combination of policies to reduce demand and more investment in research and development, a meaningful reduction is possible.

"Future studies should take history into account," he said. "Most [studies] project a faster drop in emissions than we have ever managed in the past."

Karen Palmer, research director for the Washington DC-based Resources for the Future, picked her way through a critique of energy efficiency studies. "If the economy is going to keep growing, there must be advances in energy efficiency," she said.

But Palmer is concerned with how much we really know about energy efficiency potential. What does the past tell us about the future of energy efficiency and plans to decarbonize the world? "There's a lot more uncertainty than scientific evidence," Palmer said.

For example, there tends to be a mismatch between stated savings on energy efficient appliances and actual savings, one problem being that people will use an energy-smart appliance more. Mexico, for instance, launched a national appliance replacement program called Cash for Coolers in 2009. The program provides cash and financing to replace refrigerators and air conditioners 10 years old and older.

Over three years, 1.5 million households traded in appliances. From the new refrigerators, the government expected a yearly savings of 481-kilowatt hours, but in reality the savings was about 132-kilowatt hours. Still, better than nothing. The air conditioners, however, were another story. People used their newer models more, increasing electricity consumption by an average of six-kilowatt hours per month.

"I think it's important for policy makers to see an opportunity for improving our knowledge," Palmer said. "We need to do more energy efficiency experimentation along with rigorous evaluation, which will lead to more effective policy."

Mark Jacobson, an engineer at Stanford University, presented his study, "We Can Run the World's Energy on Wind Power." (A study Loftus included in his critique.)

Jacobson said that global warming, air pollution, and energy insecurity are three of the most significant problems facing the world today. (No doubt, although water pollution and security should be added to the list.) His research rules out the use of nuclear, coal, natural gas, compressed natural gas, ethanol from corn, cellulose or sugar cane, and biodiesel from soy and algae.

"If we have limited amounts of money to spend, we should spend it on the best technology, not mediocre technology," he said. What we seem to forget in the greenhouse gas emissions debate is the huge toll fossil fuels have on human societies, he adds. We are forgetting the price of poor energy choices:

Jacobson and his team at The Solutions Project think it's feasible to run the U.S. completely on wind, water, and solar (WWS), and to prove it they've created interactive energy maps for each state. Aside from reducing greenhouse gas emissions, Jacobson sees renewable energy technology lessening the impact of disasters like Hurricane Katrina. Offshore wind turbines could actually dissipate a hurricane, he said. "You can reduce up to 80 per cent of the storm surge."

Maybe the technology is not quite there yet, maybe it is, but the point Jacobson, Palmer, and Loftus make is that doing nothing is not an option.

Oilsands at a crossroads

Meanwhile, across the hall the session "Canada's Oil Sands: Environmental and Economic Dimensions" started up.

Clare Demerse of the Alberta-based Pembina Institute gave a laundry list of the oilsands' environmental ills: fragmentation and habitat loss for species-at-risk, negative impacts on water, removal of water from the natural cycle into tailing ponds, air pollution, and increased greenhouse gas emissions.

"I would argue where we are today, we're at a turning point," she said. The turning point being the type of technology used and an increase in pipeline construction in order to hit the global market in a big way. Today, the oilsands contribute only eight per cent of Canada's emissions, but the country's emissions are expected to triple by 2020 from 2005 levels.

Oilsands development in Canada is racing in the opposite direction of the U.S., which can actually meet its identical 2020 commitment. (Of course, politicians there have to agree on implementing Obama's Climate Action Plan.)

"New policies and regulations are needed," Demerse said. "Technologies can make a real difference in this sector, but we know that technologies that can really make a difference won't be universally applied voluntarily."

Dave Collyer, president of the Canadian Association of Petroleum Producers, spoke next.

Collyer invoked the global reality of energy demand, the idea that everyone should prefer oil from Canada than from unstable countries like Saudi Arabia, Venezuela, or Nigeria.

He said that technological innovation will have a profound impact on the energy sector over the next 40 to 50 years, including on environmental challenges.

"Canada has a job to do to improve greenhouse gas emissions. But keep context in mind," he said, batting away the notion that oilsands development will have a big impact on emissions and insisting the alternatives, such as coal-fired plants in the U.S., are worse.

Said Collyer: "I would frame the issue this way: the reality is North America is going to consume a lot of oil for a long time. Our demand is relatively flat, whereas in the rest of world demand is increasing significantly. The oilsands will continue to grow at a fast pace with significant opportunities for job growth and economic growth. We're better off taking control of that opportunity than importing oil from countries that pay less attention to the environment."