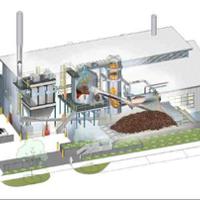 The CEO of Vancouver-based RCI Capital Group boasts that his Beijing office brokered a memorandum of understanding between a Chinese industry group and the British Columbia government that was inked during Premier Christy Clark's November trade mission. He said he is planning to host a Chinese delegation in B.C. in a bid to develop a deal.

"We think there is ample economics, commercial reasons of how a Chinese investment in B.C.'s forestry sector would be accretive in every sense of the word," Park said in an interview with The Tyee. "We've been educating the Chinese forestry players and downstream manufacturers and processors. Ultimately China does not have the forestry base to support all the wood products, the manufacturing, biomass, all that for the future. China has no trees. It's a huge land, but it has no trees."

RCI's website claims it has facilitated more than US$7 billion of capital flow from Asia-Pacific to Canada and the U.S., focusing on energy and resources, immigrant investments and aboriginal business opportunities. Stockwell Day represented RCI on Clark's trade mission.

Day reported on the Nov. 26, 2013 Memorandum of Understanding (MOU) to McMillan LLP, the Vancouver-based law firm that lists him as a strategic advisor. The five-point MOU with China New Energy Chamber of Commerce Biomass Energy Industry Association specifically mentioned the intent to invest up to $1 billion in B.C.'s forest industry to import wood pellets.

"Wood pellets would represent a renewable alternative to coal, and is cleaner than either coal or natural gas," said the Day co-authored article. "In 2013, Canada (primarily B.C.) will export a projected $256 million in wood pellets, largely to the United Kingdom, but currently has virtually no wood pellet exports to China. With investment under the MOU, this may change."

Day isn't the only well-known ex-Conservative MP involved with RCI. John Reynolds, who was interim Canadian Alliance leader and opposition leader after Day resigned in 2002, retired from politics in 2006 and is also on RCI's advisory board.

In 2011, Day both retired from politics and joined the board of the Canada Korea Foundation, co-founded by Park. A disclaimer on his Stockwell Day Connex consultancy website said it is not a lobbying firm. "Further, in consultation with Canada's Office of the Conflict of Interest and Ethics Commissioner, and subject to the Government of Canada Accountability Act and the Conflict of Interest Act, neither Stockwell Day nor Stockwell Day Connex will provide 'insider' information on any matters related to cabinet discussions, files or decisions, past or pending."

Park said RCI has an application pending for a federal banking licence with the Office of the Superintendent of Financial Institutions. Park, Khangsar and RCI are not specifically registered to lobby the federal or B.C. governments and Park believes he need not be.

"We've never petitioned the government for anything. I've gone there to explain what we're doing, what I'm thinking. As a Canadian, I owe everything to this country," said Park, whose family emigrated from South Korea to Calgary in 1968. "We've lived the Canadian dream. To that extent I'm happy to share what we know, if that can help federal or provincial governments in any way."

Khangsar did not respond to repeated phone and email requests for an interview.

"It's yet another situation that highlights how loophole-filled the federal government ethics system is and how weak the enforcement is, but it also sounds like something that should be investigated to ensure that all the rules were followed," Democracy Watch board member Duff Conacher told The Tyee.

While there is a five-year restriction from lobbying for ex-public office holders under the Lobbying Act, there are one and two-year post-employment prohibitions under the Conflict of Interest Act. Conacher said the Conservatives left a lot of leeway despite promises to increase accountability.

Consultants hired to lobby a public office holder must register. Anyone working for a business must register to lobby only if they spend 20 per cent or more of their time lobbying.

Under the Conflict of Interest Act, former cabinet ministers are not allowed for two years after leaving office to lobby an organization that he or she had significant, direct dealings with during their last year in office. Other public office holders are subject to a one-year ban.

Park said RCI has no connection to a company with a similar name and Vancouver address in the International Consortium of Investigative Journalists' Offshore Leaks Database as a 2007 investor in Beijing biotech company Shenogen Pharma Group. RCI vice-president and general counsel Roopinder Mundi said the investor is actually an unaffiliated company called CRCI (China Renaissance Capital Investment) and that RCI has contacted ICIJ to correct the mistake.