After a contentious 87-day campaign, faculty members and librarians at the University of Victoria voted to certify as a trade union in a multi-day vote that ended Jan. 24. 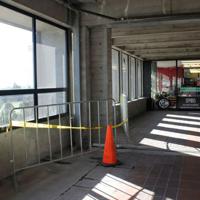 Simon Fraser University Is Falling Down

If the SFU and UNBC drives succeed, the University of British Columbia, where the faculty association has been granted "voluntary recognition" by the school to bargain on the behalf of instructors since 1999, will stand as the only major, research-oriented university left in the province without a certified union representing faculty.

Eighty per cent of university faculty members across Canada currently belong to unions certified by provincial labour relations bodies. In Alberta, however, faculty unionization is ruled out by provincial statute, as it was in B.C. from 1977 until 1992, when the Harcourt NDP government repealed an anti-unionization clause in the University Act.

"We have started a wave. This is a seismic shift," said Jason Price, a social studies professor who headed up the certification campaign for the UVic faculty association.

Price said his association's three-month campaign resulted in an 83 per cent voter turnout, or 711 of 850 eligible voters. The vote passed with a 63 per cent majority. Price said the decision to unionize was not primarily about pay raises, though he noted that UVic's faculty wage scales were lower than academic pay at other research-based B.C. universities.

"Even more important than wage issues was the fact that unionization would allow us to address the non-monetary issues the university had refused to negotiate. These issues bear directly on the quality of education the university can offer students, and represent the real heart and soul of the university, " Price said.

Some of those issues include the ability to negotiate work loads, tenure and promotions, supervision of graduate students and curriculum, said B.C. Confederation of University Faculty Associations director Robert Clift.

In an essay published online last October, Clift wrote that the trend towards unionization at B.C. schools is the result of changing political and economic landscapes, which "created a new breed of university manager who has traded leadership for 'boss-ship' and who is often more concerned with the bottom line than the quality of the student experience and scholarly output."

"This new breed of manager would rather impose their will than cooperatively solve problems," Clift wrote. "Consequently, faculty associations can no longer afford to exist in a legal limbo."

In a statement issued after the vote, UVic faculty association president Doug Baer and vice president academic and provost Reeta C. Tremblay sounded an optimistic note, saying the university's administration "respect the choice made by faculty and librarians regarding their preferred form of representation."

"We look forward to a future of working together for the benefit of our students, our university and society in general," it read.

'I don't want to hold my students hostage': union opponent

Not everyone on campus supported the union drive, and some faculty members created a website to oppose it.

On the website, opponents said that union proponents failed to adequately consult with faculty before the vote, and misrepresented some of the possible downsides of unionization. They said that certification would hurt collegiality among academics, lead to more unnecessary bureaucracy and pose the danger of unwanted strikes.

Opponents also suggested that certification might lead to lower wages. A union would rule out the option of interest arbitration, a dispute resolution procedure that provided UVic faculty with a wage increase beyond the maximum two per cent raise mandated for public employees the last time it was used, in 2013.

This option, argued UVic linguist Martha McGinnis Archibald on the website, would only be available to a unionized faculty if it gave up the right to strike, as the voluntarily recognized faculty association at UBC has done.

Following the certification vote, however, McGinnis-Archibald was conciliatory. "We made this decision collectively, and I accept it," she said.

Dr. Martin Farnham, a UVic economist who helped organize the opposition, said that what he saw as pro-union "cheerleading" from the faculty association had "got his dander up" during the campaign.

Farnham said that dissenting views were not welcome in discussions with the certification committee. "To be fair," he added, "they did hold meetings for consultation, but always in a context of 'woohoo' enthusiasm."

Faculty association president Doug Baer said now that the vote is over, he's focused on building faculty unity. "My objective is to bring people together now. I don't want to re-hash old debates," he said.

Baer predicted that unionization would bring continuity to UVic's labour relations. "We currently have very good relations with the administration," he said. "Unionization is going to lead to even better communication. I am very hopeful."

In the ongoing SFU and UNBC unionization drives, proponents have 90 days to gather an internal 45 per cent yes vote on pro-union sign up cards, enough to trigger a Labour Relations Board supervised certification vote.

With those drives, a newly-certified union at UVic, and Royal Roads faculty unionized since 2006, academic labour relations in B.C. are increasingly being conducted under union auspices.

Eric Jensen, a physics professor who's spearheading the UNBC campaign, said that so far no organized opposition to certification, such as the group seen at UVic, has emerged. He is optimistic that his faculty group would vote to unionize.

Neil Abramson, a business administration prof who heads up the SFU faculty association, is also optimistic about a pro-certification vote at his university.

While Abramson originally opposed the idea of unionized faculty -- "I come," he laughs, "from an anti-union department" -- he's come to believe it's necessary because "our administration doesn't have the horsepower to get deals done." He believes certification will create a more equal bargaining relationship between faculty and administration.

All of this is good news for the B.C. Confederation of University Faculty Associations' Clift.

"When university managers are increasingly using legal means to enforce their will, faculty associations need access to the widest range of legal tools to protect their members and the quality of education and research," he wrote in his October essay.

"It's for this reason that academic staff at B.C.'s research universities are considering forming unions. There is no other legal framework that gives an employees' organization more power to protect its members and to solve problems than does the Labour Relations Code."

Rick Kool, a professor of environmental and sustainable studies at Royal Roads and one of the key organizers of his school's 2006 certification drive, said that unionization sends a message to university administrations that "we are serious, and we need to examine the terms of our relationship."

Unionization, Kool said, is about power, but "power by itself doesn't solve everything." He said that unionization at his university had improved faculty collegiality, based on equality. He pointed out that there has not been any strike action at Royal Roads since unionization.