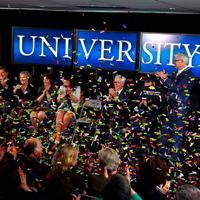 Cuts at Capilano U: Is Worse to Come?

It's gotten so bad that last year the SFU Graduate Students Society (GSS) held the "I ♥ SFU" contest asking students to submit photos of the damage. They posted the results on a Tumblr, where you can see hundreds of pictures of rusting pipes, mouldy walls, jagged metal, and exposed wiring submitted by faculty and students.

The GSS, which has also released a report on the damages and repair costs, was turned onto the issue by SFU administration. Repairs for aging buildings have been put off -- referred to as deferred maintenance -- for far too long but administration can't talk about it.

"They couldn't really come out and say, 'SFU's buildings are falling down. Come study here!' But students could say, 'We really want this matter to get attention' in a way that admin wasn't," explained Julia Lane, coordinating and external relations officer at GSS.

Lane says the provincial government isn't giving SFU enough money for deferred maintenance costs, and students and faculty are suffering for it. The education building, which is scheduled for repairs this year, has had such bad mould problems that some faculty has been refusing to teach there.

"There was a professor who got really sick and they had a robot arm go into her office and do [tests]. So they had to condemn the office for a bit," she said, adding that professor was later hospitalized, though it hasn't been officially linked to the mold," says Lane. "Lots of students and lots of professors have [reported] when they work in the faculty of education for long stretches of time, having more headaches, having more long[-term] issues."

Funding for new public buildings in B.C. doesn't include long-term maintenance dollars, and what government does provide when problems arise isn't enough. SFU's students are speaking out, but they aren't the only students studying in unsafe conditions.

In the GSS report -- which was updated a couple of months ago with input from the Simon Fraser Student Society (SFSS), the undergraduate students union -- indicates 54 per cent of the Burnaby campus' buildings are classified by administration as being in "poor" condition, while another 27 per cent are in "fair" condition. Many buildings are also seismically unsafe.

Those statistics come from SFU's 5-Year Capital Plan, which estimates the university needs $20 million per year to maintain its buildings.

The GSS believes that's a conservative estimate, and that $27 million is more realistic as it's 1.5 per cent of the $1.8 billion it would cost to replace all the campus' buildings. 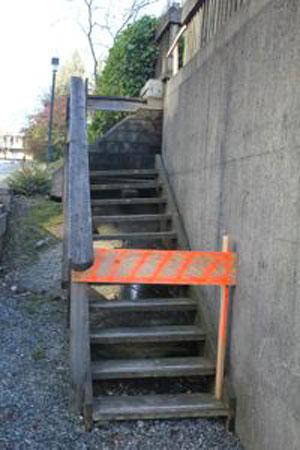 Long-term maintenance is funded through the Routine Capital Fund, which also covers upgrades to a campus' safety, security, disability access, and greenhouse gas reductions projects. This year SFU will receive $2.2 million to cover all of those needs.

Previously, when the Routine Capital Fund was known as the Annual Capital Allowance (ACA), SFU was receiving just over $6 million per year. Then it was cut to $4.6 million in 2008/09, and to $501,031 in 2010. The fund has slowly increased in the last three years, and SFU has responded to the lowered funds by taking $1 million per year from their operations budget.

In an email to The Tyee, a Ministry of Advanced Education spokesman said funding levels for the ACA are -- like it's replacement, the Routine Capital Fund -- subject to ministry budgets, which can vary from year to year.

But varying budgets mean more maintenance has been deferred.

"We always thought that the $6.5 [million] was about half of what we really needed," said Pat Hibbitts, vice president of finance and administration at SFU. Even with the injection of operational money, funding isn't high enough.

The ministry spokesperson acknowledged funding might not be enough for post-secondary institutions to address all their maintenance needs.

"Post-secondary institutions are often faced with spending funds on the most immediate demands and deferring longer term maintenance investments. There currently exists a backlog in deferred maintenance projects due to historic low funding levels," they said. 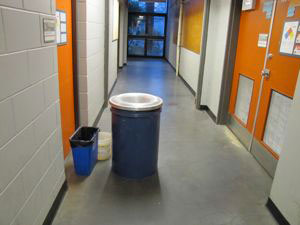 But these are tough times for government, too: "The Province's budget and fiscal plan must balance the needs of the post secondary education system with other important sectors such as health and K-12 education -- all while delivering a balanced budget for taxpayers."

Hibbitts says it's the same response she has received from government when she brings up deferred maintenance funding.

"Which, I think in fairness to them, is probably what they believe."

The Tyee asked the ministry if they could kill two government requirements with one stone: creating employment opportunities for British Columbians by increasing the funding for deferred maintenance. The more repairs funded, the more opportunities for work for trades people.

But the ministry says that isn't a reasonable option.

"This approach would also increase the cost of government services, making them unaffordable to taxpayers. Government is committed to balancing the budget while maintaining strong public services," was their emailed reply. 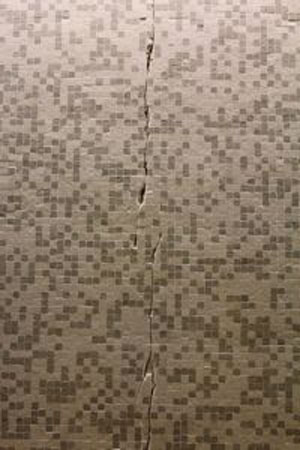 Virk responded that government has spent $672 million on deferred maintenance since 2001. But institutions only submit their top maintenance priorities to government, like emergency repairs and repairs to address health and safety issues.

Minister Virk was not available to speak to The Tyee. However in the same minister spokesperson email, they said the ministry has completed a Facility Conditions Assessment for all public post-secondary institutions. That information went into a database of the conditions of facilities at all the institutions in order to track the issues that need to be addressed right away. That database is not available online.

It isn't enough for Eby.

"One of the big advantages of knowing what projects are out there is that you can be much smarter about your investments in dealing with deferred maintenance. For example, if you know that it's going to cost you 20 per cent more if you put off that roof repair for a year than if you address it right now, then you address it right now," he told The Tyee.

"I worry if we're being penny smart and pound foolish around deferred maintenance in addressing only the crisis as it comes up each year and not saving money by having a careful plan in place."

Lane says the GSS has spoken to both Virk and Innovation and Technology Minister Andrew Wilkinson, as well as sending both ministries copies of their deferred maintenance report.

She received a written response from Deputy Minister James Gorman on Virk's behalf in June, which says government has invested $280 million into capital and deferred maintenance at SFU since 2001. The letter also mentions the database of needed repairs.

"She showed us a transcript of the conversation that was had, and one of the suggestions was the universities need to find creative ways of seeking funding, and one of the ways cited was having more international students since there isn't a freeze on their tuition," she said.

"But that's very challenging because we don't have space."

Only SFU speaking out

The federal government has also contributed to deferred maintenance funding. In 2009, the Knowledge Infrastructure Program (KIP) provided $24.4 million to SFU, $31.7 million to UBC, and $21 million to the University of Victoria to cover maintenance issues.

"Since I've been a student here in 2010, there's been an area [in Shrum] where every time it rains heavily it's leaking into the hall, and as a student you have to walk by buckets and garbage cans set up to catch the water as you're walking to class," she said. 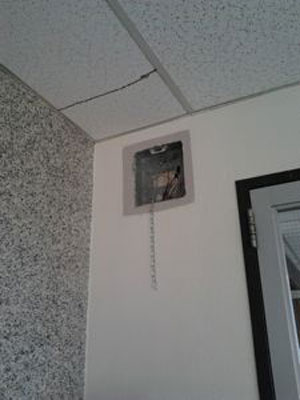 Other students' unions in the province aren't speaking as openly about deferred maintenance issues at their schools, but that doesn't mean they don't have them.

Lane says she knows there are issues at BCIT and at the University of British Columbia (UBC), whose Point Gray campus is over 100 years old. In May 2013, UBC reported $29 million deferred maintenance growth over the last decade, $21 million of which has been paid for.

Eby says because it's early in the government's four-year tenure, post-secondary institutions are trying to foster a positive relationship with government and not bring up contentious issues.

"They are going to keep their mouth shut because they need to fund their programs for the next four years. So what I'm going to have to do, unfortunately, is go to the schools and talk to the students directly about the conditions that they're seeing in their classrooms, and I look forward to doing that," he said, adding he will visit all 25 public post-secondaries this fall.

"The only way to get this information is to be there in person."

As part of his tour of SFU, the GSS has offered to take Eby on a deferred maintenance walk, which he has accepted. The offer will also be extended to Shin, and Ministers Virk and Wilkinson. They plan to follow it up with a media tour sometime late this fall.

Lane hopes drawing attention to the issue will broaden the public's concern about deferred maintenance not only at SFU, but all over the province.

"My concern is for publicly funded infrastructure in B.C. and ensuring that when we build things we have a plan for how they can be maintained so that we don't just put all this money into building them and then they fall down and we have to build new buildings," said Lane.

"I want these things to have longevity and I want us to plan for that."