Two months after a watchdog report criticized how the B.C. government delivers aboriginal child welfare services in the province, saying it was all talk and no action, the government has cut funding to 18 indigenous-run projects intended to deliver those services, effective the end of this month. 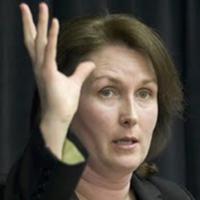 Indigenous Approaches, or IAs, are community-based projects designed to identify and fill perceived gaps in the ministry's child welfare services for aboriginal families.

Despite comprising four per cent of B.C.'s population, over half of the children in government care currently are aboriginal. Projects funded through the IA program are intended to combat that by funding services like patient navigators, people whose job it is to guide parents or guardians through interactions with government social workers and family courts; establishing community gardens to prevent child hunger and neglect for low-income families; and training social workers in the culture, history, and traditions of the First Nations they work with to help them better understand the community they serve.*

IAs were introduced in 2009 as part of a longstanding commitment by government to transfer the responsibility for aboriginal child and family services to aboriginal people. That was initially promised by then-premier Gordon Campbell as part of the Tswassen Accord in 2002. Prior to IAs, government and First Nations spent seven years -- and $35 million -- trying to negotiate the creation of larger Regional Aboriginal Authorities, but the plan was eventually dropped in favour of IAs.

But in a November report, B.C.'s Representative for Children and Youth slammed how the IAs have been managed. In particular, the watchdog criticized the Ministry of Children and Family Development's lack of policy and clear goals in transferring child welfare authority to aboriginal people.

In a press conference yesterday, the First Nations Child and Family Wellness Council said it was told by the ministry in December that 18 IAs, which have received a total of $32 million in government funding since 2009, would be cut off.

Bob Chamberlain, co-chair of the Wellness Council (which will also lose its funding on Jan. 31), said he was disappointed that the ministry would "seize components" of the Representative's report to "unilaterally cut down" the IAs.

"The effort that was being put forward in the Indigenous Approaches was to meet our children's needs in the way and manner that our traditions and our cultural values dictate," said Chamberlain. "It is time for the government to really and truly acknowledge that this ‘we know what's best for Indians' [attitude] is going to fail every single time."

The ministry responded that there is money available for programs previously funded by IA -- but where the Representative's report found the majority of government funding for IAs was going towards bureaucracy and conversations about how to coordinate or offer services, programs funded by government must produce actual services for children and families.

"We will be inviting Indigenous Approach contractors to apply for funding by submitting business plans that clearly outline measurable targets for providing services to children," reads an emailed statement from Children and Family Development Minister Stephanie Cadieux.

Funds given to orgs that 'deliver': minister

According to the Wellness Council, the Union of BC Indian Chiefs and several First Nations leaders who sat in on the press conference, the issue is not First Nations' ability to provide child welfare services, but the ministry's antiquated, unreliable child welfare system that has not provided consistent, reliable funding to IAs since the program began in 2009.

"There are numerous deputy ministers [and] ministers that transition in and out of that office; the instability there is well documented. Yet the first place they look to cut as the result of instability is [the area of] First Nations children, and that is unacceptable," said Preston Guno, executive director of the Northern and First Nations Child and Family Welfare Council.

In the November report, Child Rep Mary Ellen Turpel-Lafond called the initial projects approved for Indigenous Approaches "broad in scope," and noted the deputy minister in charge instructed staff that any and all proposals were to be accepted as they were submitted.

"The problem with this approach, the Representative observes, is that there was no clear overarching direction," reads the report. "There was no comprehensive policy, just a series of ad hoc contracts."

At the time the report was released, Minister Cadieux said IA contracts were moving away from bureaucratic discussions to more directly funding services.

"[Contracts] all end relatively soon. But all of the indigenous contractors have been informed by letter that, indeed, all future work is going to be focused on service delivery and service delivery only," she said. She did not say they would no longer be funding these agencies, however.

Cadieux's emailed statement to The Tyee said ending the IA program reflects the ministry's decision to restrict funding for programs that were just talking about how to deliver services, and instead give it to programs that were actually delivering those services to children and families.

"The Representative's report also pointed to the need for greater accountability for funding being provided," she wrote.

Cadieux added the ministry recognized how important governance discussions with First Nations are, and that the Wellness Council was important in that work. She said discussions are now ongoing as to which organization will lead First Nations child welfare initiatives in the future.

The Wellness Council wrote to government asking it to reinstate funding for the IAs, but Chamberlain said his organization has yet to hear back.

Shortly after the release of her report, Turpel-Lafond was invited to attend the sixth annual Indigenous Children at the Centre conference, hosted by the Wellness Council.

But Turpel-Lafond refused to attend, the Globe and Mail reported at the time, because she felt "a bit uncomfortable."

"I have just done a report entitled ‘When Talk Trumps Service' -- and [the Ministry of Child and Family Development] 100 per cent paid for a conference for more talking," she reportedly said.

Clifton Percival of the Wellness Council said Turpel-Lafond has spoken with the organization since the IA defunding was announced, and that she agreed the ministry's approach to First Nations child welfare jurisdiction is the problem, not First Nations' child welfare services themselves.

He said the ministry's letter informing them of the cuts indicated that a new template for child welfare service delivery in First Nations communities would be introduced "early" in 2014.

This isn't the first time the ministry has tried to reform aboriginal child welfare. Percival cited the 2002 Tsawassen Accord, signed by then-premier Gordon Campbell, which promised to give First Nations jurisdiction for child welfare services. Twelve years later, jurisdiction has yet to materialize.

"None of [the Tsawassen Accord] was well-supported," she said.

"They have no policy to deal with indigenous people in this province. In 2005, premier Campbell signed [another] accord: The New Relationship. We're still waiting for that new relationship."

*Correction, Jan. 23, 3:45 p.m.: In a previous version of this article, IAs were incorrectly explained.