Rather than hike the price of stamps and phaseout door-to-door mail delivery in urban areas, Canada Post should be expanding services, the head of its biggest union told a House of Commons committee a week before Christmas. 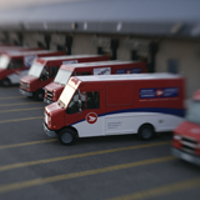 CUPW president Denis Lemelin said Canada Post should get into the banking business, like the national post offices in the United Kingdom, France, Italy and Switzerland.

"Today we have thousands of communities with a post office but no bank; we have hundreds of thousands of citizens without bank accounts," Lemelin told the Standing Committee on Transport, Infrastructure and Communities on Dec. 18. "Why is it that the management of all of these other postal administrations has the imagination to expand their financial services and ours does not? We need innovation not excuses for failure."

The hearing was convened in the wake of the Dec. 11 release of Canada Post's five-point plan -- CEO Deepak Chopra's blueprint to rescue the Crown corporation from the digital revolution and make it profitable by 2019.

Chopra's plan calls for the end of door-to-door delivery for 5.1 million Canadians by 2019, a hike in stamp prices from 63 cents to $1 (or 85 cents per stamp in bulk), cuts to 8,000 jobs, privatization of more postal outlets and continuing modernization. Canada Post already announced its $2-billion Modern Post plan in 2007.

Slammed for lack of consultation

Chopra claimed there was adequate consultation with Canadians, even though only 46 communities were involved. He was evasive when asked by committee members about the government's role in the plan, and one remarked about the detachment with the union that represents 52,000 of its 68,000 workers.

"I can't think of a modern corporation today that would try to undertake this kind of management strategy without engaging its core staff," said committee member David McGuinty, an Ottawa South Liberal MP.

The change is driven by the e-commerce sparked explosion of parcel delivery and the massive drop in lettermail, down by one billion pieces since 2006, largely because of email.

"If the mail is changing its shape and size, don't we think the mailbox should change its shape and size too?" Chopra said. "Every day of delay is going to cost us millions, so we have no time to waste, we must act now, with a sense of urgency."

Chopra told the committee he is projecting a Canada Post loss of $200 million to $300 million this fiscal year. Conference Board of Canada projects a billion-dollar loss by 2020, but Lemelin wasn't buying it.

He pointed at how the Conference Board forecast a $250-million loss in 2012, when Canada Post delivered a $94-million profit.

"If the Conference Board can be so wrong about 2012, what makes anyone confident they are right about $2020?" said Lemelin.

The 2011 results were a different story. The first loss since 1995 was $188 million, for a year that included a two-week lockout and the Supreme Court decision against Canada Post in the $150-million pay equity case.

Lemelin said Canada Post is not only overstating its financial woes, but Chopra overstated the number of Canadians who pick up their mail at community mailboxes. Chopra said it was two-thirds, but only 25 per cent actually pick up mail at the community boxes, according to the 2012 annual report. A third of Canadians get mail delivered to their doors, 25 per cent via apartment lobby mailboxes, 12 per cent at general delivery counters and 5 per cent at rural mailboxes.

"This government is trying to change the rules for more than one-third of the population. Without consultation. Without agreement. And all of these people are the owners of Canada Post Corporation," Lemelin said. "This is no way to treat people, especially the many people who will have difficulty or even find it impossible to walk to their (community mail boxes) to pick their mail."

Lemelin also noted the timing of Chopra's announcement, right in the middle of the Christmas rush, before the end of the fiscal year and before Canada Post's 2014 mandatory review of operations. "Why was there such a rush? Was it because the government is worried that the financial situation of CPC will improve and there will be no justification to make such an announcement?"

Chopra said the 1981-founded Crown corporation saw the tide turn digital in 2007, and 2010 brought the wave of tablet computers. It has never been the same since.

"The first true alternative to paper, it was their arrival that accelerated the decline in mail with surprising speed and the technology was only getting started," he told the committee.

Chopra said that the transition from door-to-door delivery to community mailboxes in urban areas will be smooth because of Canada Post's early adoption of the system.

"We have good, robust criteria in place to make sure that the placement, look and feel is done in a manner that is safe, that is convenient, that is appropriate for the community," Chopra said. "That process will begin in earnest in the next year and we will be talking to Canadians, absolutely talking to Canadians, before during and after all steps of the process."

Postal historian Robert Campbell, who is also Mount Allison University's president, told the committee via Skype that no member countries of the Organization for Economic Co-operation and Development have phased out door-to-door delivery.

"Canada has been a groundbreaker in the introduction of group mailboxes which it started to do three decades ago," Campbell told the hearing. "In that sense this action by Canada Post has a certain continuity. I'm not recommending it, but it is a tactic that Canada Post has initiated when it had to deal with suburban sprawl a number of years ago and the mammoth expansion of postal addresses which was really driving costs."

The 1985 Mandate Review Committee recommended the system of community mailboxes or alternate-day delivery. Montreal engineering giant SNC-Lavalin was hired on its first contract in 1992 to oversee the community mailboxes. SNC-Lavalin originally was a partner with Bracknell Corporation in a joint-venture called ProFac.

"We have been providing engineering, installation, snow clearance and maintenance services for all of its street mailbox installations across Canada ever since," said the 2009 SNC-Lavalin annual report. That annual report said the community mailbox contract was extended to 2014.

Dec. 11 was, coincidentally, the same day SNC-Lavalin bought full-page ads in major Canadian newspapers for an open letter from chair Ian Bourne and CEO Robert Card. It was the latest public relations effort to overcome accusations of domestic and international corruption.

In February, ex-CEO Pierre Duhaime was charged with fraud. In April, the World Bank banned SNC-Lavalin and its subsidiaries from development projects for 10 years over corrupt bridge construction deals in Bangladesh and Cambodia.