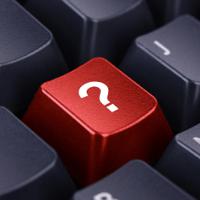 But those traditionalists are becoming the minority of library borrowers, as the relative convenience of ebooks -- downloadable from the comfort of one's home -- appeals to more and more library users. According to recently-released stats from the Vancouver Public Library, the lending and borrowing of electronic content, and in particular ebooks, is exploding.

At VPL, ebook downloads have increased almost tenfold year-on-year, from 3,718 in 2010 to 35,671 in 2011. On top of that, the library estimates that if the current growth rate of ebook borrowing continues, it will take less than five years for ebooks to dominate circulation.

Of course, the explosion of ebooks isn't news to the publishing industry, which is still adjusting to the digital shift. Scott McIntyre, the publisher and chairman of Vancouver-based D&M Publishing, recently shared his take with The Tyee that sooner rather than later, at least in the publishing world, ebooks "will conquer all." And there's significant evidence to support McIntyre's prophecy. Mid 2010, Amazon.com reported that sales for its Kindle reader outstripped hardcover sales, and by January 2011, Kindle books surpassed paperback sales as well.

NEED HELP BORROWING AN EBOOK? CHECK THIS OUT:

Librarians are no strangers to change. As technology advanced, they helped us figure out everything from the Dewey Decimal system to the Internet. Now, they'll help you navigate borrowing an ebook.

To get reading ebooks, check out VPL's online guide, which includes video tutorials and an e-resources help line, or ask your local librarian.

Yet while the story of publishers reeling over the digital surge has been told, how are libraries affected by the shift? As VPL's director of planning and development Daphne Wood points out, there are a number of issues the library faces with the takeover. Issues like how ebooks are licensed to libraries, concerns about access to e-readers (and a potential new "digital divide"), and how to build modern collections that appease everyone, are top of mind for many librarians.

Such questions are causing the Vancouver Public Library to ponder its future. It has launched a public input campaign called Free-For-All: Reimagining Your Library that invites ideas falling into four categories: public places and learning spaces; circulation, or changing ways to read, watch and listen; youth and families; and programs and training. The feedback gathered will help set the terms for a long-term plan to make over the city's 21 physical library branches, in addition to its virtual library.

The story of licensing

The surge in electronic content affects libraries in a number of ways, Wood says. For one, borrowing an ebook doesn't work the same way as borrowing a print book does. Libraries must license the electronic version from a vendor or publisher, and each one has a different digital rights management policy. Often, more restrictions are imposed on electronic items than physical items, as a VPL report points out.

One example is that even if titles are licensed to libraries, not every new title is formatted for the gamut of e-readers, like the Kobo, the Kindle, the Sony ebook reader and the iPad, which means some readers can't access certain items.

Another is that some ebooks can only be "checked out" from the library a certain number of times before the license expires.

"The bottom line is that a lot of publishers feel that the financial terms that existed between publishers and libraries in the print world don't make sense in the digital world," explains D&M Publishing's digital director Jesse Finkelstein. "Publishers don't necessarily feel that they shouldn't or don't want to make their (electronic) content available to library patrons, but that they would want to make that content available under financial terms that they feel can still be beneficial to them."

While D&M licenses its electronic content to libraries, other publishers are still experimenting with different models, she adds. She points to HarperCollins, which last March struck a deal with OverDrive, the book borrowing platform most public libraries use to make their electronic content available to readers, to limit the number of times an ebook can be lent to 26. After that, the library's license would effectively expire.

"They were making the argument that in the print world, a library has to continue to purchase a book as it wears down," says Finkelstein. "In the digital world, that's not the case."

The idea outraged many librarians, she adds.

"They were making very legitimate arguments too, to the effect that well, this is the digital landscape, it should be looked at on its own terms. You can't just take print models and replicate them. And from the publishers' point of view, well, what else have we got to work with? We have to keep our businesses running. If it is the case, and I think everyone's agreed now, that the ebook market is cannibalizing the print market, how can a business sustain itself if it's not trying to replicate the financial terms?"

Many publishers are still struggling to create a satisfactory arrangement. In February, Penguin Group pulled all of its ebooks from OverDrive. Other publishers have opted to withhold their ebook titles from library circulation altogether.

"There's no uniformity in the eBook realm," VPL's Wood says.

While the kinks aren't yet worked out, Wood wants readers to know that if they can't find an ebook through VPL's website, it's not necessarily because the library isn't hip to their demands. Because of these complex and ongoing licensing issues, libraries can't carry everything readers want to borrow. But, she says, the library can help readers sort out what ebooks are compatible with their e-reader devices. (See sidebar.)

The rise of ebook borrowing in libraries is also affecting existing collections. Take the large print book format. Books with enhanced text size once met the needs of the far-sighted crowd. But since the proliferation of ebooks and e-readers, the large print format has steadily declined, Wood says.

"I anticipate that in the near future, it won't even be available. The reason is that with tablets, the ebook readers, the issue of accessibility has been addressed. You can make the font size as big or as small as you want," she says.

But that raises a different question, she adds. Currently, the library doesn't loan ebook readers, so what will happen when the digital divide takes the form of those who have tablets and those who don't?

"We need to go pretty deep into that type of a discussion," Wood says, adding that the library is still waiting for some indication of how ebook readers will develop -- whether devices will remain single purpose or become multipurpose, running different ebook formats -- and whether they'll become more affordable.

"To invest right now in a piece of technology, to pick for example one of the leading four, it's too soon, quite frankly. The price point is too high, we don't have enough information on what will become the standard, and all those licensing issues [with publishers] have not been reconciled. We could pick a device that could ultimately not be compatible with many of our collections," Wood says.

As a VPL report points out, large urban libraries like VPL are constantly negotiating between the need to preserve print, serials and archival collections developed over the years, and the demand for current, popular content.

The process of deselection, or weeding out older content, keeps circulation chock full of new items. But according to the report, maintaining the balance between new and old creates an "ever-present tension," and some librarians are concerned that prioritizing the new risks the loss of older archival content, such as locally-significant collections.

With the Free-For-All campaign, VPL hopes to inspire new ideas on how to boost library collections in various formats. One idea that's come up a number of times, says Wood, is whether readers can begin to donate and purchase ebooks as they do print books.

As for the future role of libraries, Wood says we could see a "radical departure" from what we see now. That's why the Free-For-All campaign is also looking at the big picture: whether libraries will continue functioning primarily as book depots, or if they'll become increasingly more of a "virtual" public space.

But, Wood adds, one thing about libraries will always stay the same.

"The library is one of the few remaining places where you belong," she says. "You don't need to pay to come, you don't need a reason to come here. It's your space."

[Editor's note: Stay tuned to VPL's Free For All website for details on the next event on the library's future, with the theme of "the role of the library supporting children and families."]