The carbon footprint of oil sands mining projects caused by land disturbance is greater than that of highly destructive bio-fuel projects in Indonesia, says a new study by U.S. and Canadian researchers. 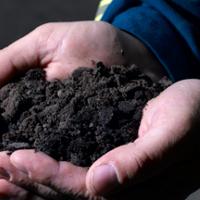 While the clearing of tropical rainforest in Indonesia to grow palm oil for diesel production puts 3,452 tonnes of greenhouse gas emissions into the atmosphere per disturbed hectare, the destruction of boreal peatlands by oil sands mining industry creates nearly 3,600 tonnes of CO2 emissions per hectare.

However, in terms of energy output per disturbed hectare of forest, a bitumen mine still produces 530 times more energy than a palm plantation.

The novel study, published in the journal Environment Science and Technology in October, springs from a growing controversy about the volume of greenhouse gas emissions created by destruction of tropical forests and soils to grow energy crops such as palm oil or ethanol.

A 2008 Science study, for example, found that biofuels made from U.S. corn, Brazilian soy and Indonesian palm oil were more destructive to land than gasoline.

Biofuel lobbies such as New Fuels Alliance countered that land disturbance caused by fossil fuel production is also significant "but that no one had looked at," says Sonia Yeh, a researcher at the Institute of Transportation Studies at the University of California.

So a group of researchers including Yeh as well as David Keith and Sarah Jordaan at the University of Calgary and Adam Brandt at Stanford University, compared land use emissions from the biofuel industry with conventional and unconventional oil production in California and Alberta.

In fact the average CO2 emissions from Syncrude's Mildred Lake Settling Basin, the scene of recent duck deaths and one of the world's largest dams in terms of construction material volume, amounts to approximately 1,100 tonnes per hectare a year (as well as 43 tonnes of methane) due to explosive biological activity in the ponds. (The tailing ponds now cover an area larger than downtown Vancouver, 170 square kilometres.)

"What surprised us were the tailing emissions and the peatland emissions," says Yeh. "We didn't know they would be that big." As a consequence emissions fostered by the uprooting of boreal soils and trees by oil sands mining and mining waste disposal "can be comparable or higher than biofuels" from palm oil plantations in Indonesia.

The study assumed that nearly one quarter of oil sands open pit mines take place on peatlands. "Peatlands are really special formations and they store 10 times more carbon than found in soil." Once dug up these valuable ecosystems, which also sequester vast amounts of mercury, oxidize and release CO2 into the air. "Something is being lost from the peatlands that can't be recovered," adds Yeh.

Although the study assumes that industry will fully reclaim mining pits and tailing ponds, great uncertainty exists about the cost and scientific feasibility of most reclamation projects let alone the recreation of wetlands.

The study also found that carbon emissions from land use disturbance from California's oil patch (73 tonnes per hectare) was much less than Alberta's oil fields (157 tonnes per hectare). While California oil wells disturbed between .33 to 1.8 hectares of grassland per well, Alberta production ripped up anywhere between 1.6 to 7.1 hectares of forest or grasslands with well pads, roads and seismic lines. In Alberta the GHG land use intensity of normal oil production was 5-10 times greater than that of California's conventional oil wells.

The findings illustrate the complexity of energy policy decisions now facing consumers and politicians around the world given rising oil prices. Although the paper focuses solely on carbon emissions, Yeh emphasized the environmental and ecological issues associated with land disturbance caused by energy production are just as important. "It's up to society to determine how they want to make the trade-offs."

According to research by Yeh and her colleagues land disturbance now accounts for 11 per cent of total GHG emissions caused by fossil fuels. Its contribution is rarely included in calculations of GHG emissions from bitumen upstream production, which typically creates as many as three times more climate destabilizing gases than conventional oil due to its energy intensity. However, there is no public transparency on production emissions. Neither industry nor government GHG studies use real bitumen production data or submit their studies for peer review.

Nearly 80 per cent of all emissions for fossil fuels from well to car come from the burning of hydrocarbons in grossly inefficient combustion engines. (Less than 20 per cent of the energy in the gasoline moves the wheels of a relatively efficient vehicle: the rest is wasted.)