The irony is hard to miss: While most B.C. school districts have lost funding because of declining enrolments, a few are growing -- none more than Surrey. Yet Surrey's growing student numbers are only compounding its funding problems. 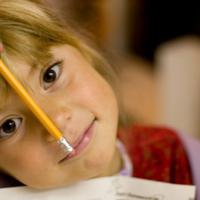 After decades as a semi-rural suburb, Surrey has become the biggest school district in the province, with 67,293 students this year. (Vancouver has about 56,000.)

Surrey has 99 elementary schools, 19 secondaries, five student learning centres and four adult education centres. The district is Surrey's biggest single employer, with about 5,000 teachers and 3,700 other employees. Its estimated operating budget this year is about $545 million dollars. But that's not quite enough.

Education Minister Margaret MacDiarmid, visiting Surrey on May 10, spared 45 minutes to listen to parents, teachers, and staff, but she didn't offer much. Her ministry issued a news release about the visit, but it dealt entirely with money for seismic upgrading of Hall's Prairie Elementary School. Two of those who spoke with her also spoke with The Tyee.

Denise Moffatt, president of the Surrey Teachers' Association, told The Tyee that the district endured a $9 million cut this year and faces cuts to cover a $12 million deficit in 2010-11.

Given such an increase, Moffatt said, Surrey should hire 30 to 40 new teachers; instead it will hire three. "Non-enrolling" teachers, including 10 elementary counselors and eight teacher-librarians, will be reassigned to classroom duties. With all-day kindergarten coming in, more teachers will work at that level. Secondary schools will also need more teachers. But some middle-school teachers may be reassigned. "We are also losing approximately 13 learner support teachers."

Indirectly, Surrey's growth is actually removing teachers from the budget. Moffatt says that when portable classrooms must be purchased to keep up with enrolments, the cost comes out of the district's operating budget. "One portable is roughly equal to one and a half teachers," she said.

School board chair Laurae McNally says the portable problem is even worse: "In 2007 we had to buy 20 portables at $100,000 apiece," she told The Tyee. "That was $2 million out of our operating budget." She said Surrey will have to buy another 20 portables for next year.

McNally said portables have another drawback: They're inefficient to heat and light, and costly to maintain. So Surrey will have to pay Victoria a projected $550,000 next year for failing to meet the district's carbon-offsets goal -- as well as spending $2 million on inefficient portables.

"Except for seismic upgrades, we haven't had any capital approvals since 2005-06," McNally said. "We opened a new school this year, but it was part of that approval."

What do parents think about this? "Parents are really miffed that our board is being singled out," McNally said. "Two and a half million dollars would go a long way toward providing support and services."

Denise Moffatt said the minister hinted at some capital support. "We don't have enough kindergarten classrooms, but reading between the lines it appears that some capital funding is on the way." More money may also come for special community needs, but Moffatt doesn't expect such "community links" funding in time for next year.

"Our deficit is more than Vancouver's, given our growth," Moffatt said. "We need $12 million more just to replicate this year's services."

In an operational budget of $545 million, a $12 million shortfall is only 2.2 per cent. That reflects how tightly the budget is stretched. And the consequences also reflect the catch-22 faced by the Surrey schools: The more students they get, the more portables they have to buy, and the fewer teachers they can afford to put in them.

McNally argues that the problem stems from long-term neglect of the needs of growing districts. She said that even if Dr. McDiarmid returned to Surrey today with plenty of capital funding, it would be two and a half to three years before new facilities would be available. In the meantime, Surrey would have to buy still more portables out of its operating budget.

Will enrolments eventually fall even in Surrey? McNally doubts it: "Twenty per cent of all the babies born in B.C. are born in Surrey Memorial Hospital."