When Jonathan Drance registered as a delegate to last fall's seventh annual conference of the Independent Power Producers of British Columbia, conference organizers must have been tickled pink. 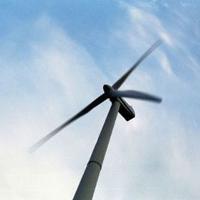 A Vancouver lawyer with the firm of Stikeman Elliott, Drance is one of Canada's leading experts on corporate finance and securities. And in recent years, he and other partners at the firm have worked on some of B.C.'s biggest mergers and acquisitions, reorganizations and public financings.

More importantly for the IPP proponents who gathered at Vancouver's Hyatt Hotel last November 1-3, Drance also is a government-appointee to the board of directors of BC Hydro and Power Authority, the province's largest Crown corporation.

And it's BC Hydro that decides to which IPP projects it will award long-term electricity purchase agreements. BC Hydro, simply stated, has the power to make certain independent power producers -- companies and individuals -- very wealthy.

Drance did not register for the IPPBC conference as a BC Hydro representative. Rather, he registered on behalf of Stikeman Elliott.

His firm -- which has 500 lawyers across Canada, of whom 40 or so work out of its Vancouver office -- features an Energy Group that provides specialized services for clients with interests in oil and gas, electricity and power generation, and renewable energy.

The Stikeman Elliott website avers that the firm's Energy Group lawyers are "among Canada's leading advisors to the renewable energy industry." Those lawyers, moreover, have "worked on development projects in the renewable (solar, wind, hydro, biomass and waste) and conventional energy sectors, including co-generation projects.

"In Ontario, Stikeman Elliott partners have worked on both sides of the procurement fence, acting as counsel to both the Ontario Power Authority (OPA) on the Renewable Energy Supply RFP... and to a variety of potential proponents, developers and independent power producers..."

Scott Perrin, a 1985 graduate of the University of Victoria's law school, heads the firm's Vancouver Energy Group. He attended the November 2009 IPPBC conference along with Drance.

Raising half a billion dollars for run-of-river

Also among those attending the seventh annual IPPBC conference were six representatives of Cloudworks Energy Inc., a Vancouver company that in 2004 opened a run-of-river, hydro-electric generating plant on Rutherford Creek, outside Pemberton. (It was sold in 2005 to the Innergex Power Income Fund.)

Cloudworks currently has ambitious plans for eight new run-of-river projects in the Harrison Lake-Lillooet Lake region. The company also intends to build a substation at the north end of Harrison Lake, which will be connected to BC Hydro's grid.

In need of financing, Cloudworks turned to Stikeman Elliott. The law firm's website boasts that in 2007, it helped to arrange a $518 million monoline-insured bond deal -- "the first... of its kind in Canada" -- for Cloudworks' Harrison Lake hydro project.

Drance and Perrin are not the only partners at Stikeman Elliott's Vancouver office with more than a passing interest in the province's nascent IPP industry and BC Hydro's clean energy call.

Hein Poulus graduated from the University of British Columbia's law school in 1972, and obtained a master of laws degree from the London School of Economics the following year. After practising law in Vancouver until 1979, he transferred to Denver to work at a number of Edgar Kaiser Jr.-owned companies, including Kaiser Resources and the Denver Broncos football team.

Poulus returned to Vancouver in the early 1990s and joined Stikeman Elliott. In 2001 received a provincial appointment as a Queen's Counsel.

He owns common stock in numerous publicly-owned companies, and is currently listed as an "insider" at a half-dozen such entities, most of which focus on mining. Among the companies in which Poulus has an equity position are Waratah Coal Inc., Pacific Coast Nickel Corp., Mega Moly Inc., Buffalo Gold Ltd., and Teslin River Resources Corp.

Poulus also has an avid interest in BC Hydro's clean energy call and the province's IPP industry through directorships and equity positions in Resinco Capital Partners Inc. and Finavera Renewables Inc.

Those two companies can be traced back to 2004, when Brownstar Ventures Inc. was incorporated as a "capital pool" company and began trading on the TSX Venture Exchange.

(A capital pool company obtains a stock-exchange listing so as to raise capital through the sale of shares to the investing public. At the time of the listing, the company does not have to have an actual commercial business in operation, but it must acquire one -- in a "Qualifying Transaction" -- within 18 months or suffer de-listing from the exchange. The capital-pool concept originated in Alberta and is unique to Canada.)

Brownstar's first annual general meeting was held on June 28, 2005 at Stikeman Elliott's Vancouver office. Shareholders approved a qualifying transaction whereby the company purchased certain assets from a group of businessmen, one of whom was Hein Poulus, and voted to change Brownstar's name to Longview Strategies Inc.

Near the end of the following year, 2006, Finavera Energy Canada Inc. (a subsidiary of Finavera Renewables Ltd. of Ireland), was amalgamated with another capital pool company, Cascade Minerals Inc., and began trading on the TSX Venture Exchange as Finavera Renewables Inc.

In December 2007, Poulus won election as a director of Finavera Renewables Inc., and in October 2008 became chair of the company.

Specialists in the mega-deal

Jonathan Drance and Hein Poulus have worked together on some of British Columbia's biggest -- indeed, most historic -- corporate deals. In 2004, for example, they were part of a nine-lawyer Stikeman Elliott team representing Slocan Forest Products when that company was acquired by Canfor Corp. for $900 million.

And at the beginning of the decade, the pair toiled on one of the province's largest-ever corporate acquisitions as Duke Energy of Charlotte, North Carolina bought Vancouver's Westcoast Energy.

That November 2001 deal, valued at a whopping $13.3 billion, required the services of a dozen Stikeman Elliott lawyers -- including Drance and Poulus -- working on Duke's behalf.

Drance is a BC Hydro director

He was named to BC Hydro's board of directors by Gordon Campbell's BC Liberal government on May 8, 2008, and serves as chair of the utility's Corporate Governance Committee. He also sits on committees overseeing Capital Projects and Human Resources.

A new era of green gold

On March 11, 2010, BC Hydro announced that 19 projects proposed by ten different companies had been picked for Energy Purchase Agreements.

Six of the successful companies won approval for a single clean-energy project, but the other four had multiple projects selected.

And among the latter were two companies -- Cloudworks Energy Inc. and Finavera Renewables Inc. -- with a long-standing association with Stikeman Elliott.

Finavera, chaired by Hein Poulus, was selected to develop four wind-farms in B.C.'s Peace River country -- three outside Tumbler Ridge, and the other near Dawson Creek.