MakerCulture: Taking Things into Our Own Hands

[Editor's note: The Tyee is proud to co-publish with Rabble.ca a multi-part investigation of Maker Culture -- the do-it-yourself movement fast evolving in North America and beyond. This is episode six of 11, running Fridays.]

What do you get when you cross 19th century English literature with 21st century biological monstrosities and ultraviolent sea serpents? You get something like Sense and Sensibility and Sea Monsters -- the latest in literary mash-ups. 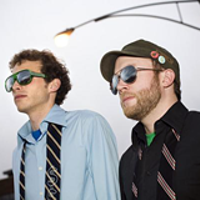 Mash-ups are older than Jane Austen herself. Although the formats vary -- music, film, literature, and art -- the process is mainly the same. Elements of different source materials, whether a classic novel or a widely recognized play, are mixed together to create a new composition.

Quirk Books, a small Philadelphia-based publisher, popularized the genre when they published the New York Times best-selling literary mash-up Pride and Prejudice and Zombies in April 2009 – now planned to be made into a film. In September of the same year they enlisted Ben H. Winters, a journalist and playwright from Brooklyn, New York, to co-author the follow-up novel, Sense and Sensibility and Sea Monsters. Winters said his book features 60 per cent of Austen and 40 per cent additional monster tales. "There really is nothing like this," said Winters. "It's such a fresh and silly idea to take a classic novel and turn it into an action adventure like this."

Rather than leaving cultural artifacts in the past, mash-ups can offer audiences a new way to comment upon traditional works. They provide a platform for discussion about how important and enduring works can be interpreted and appreciated in new ways. Best of all, mash-ups give audiences the chance to sample cultural works that may otherwise be intimidating. If you love monsters and scary movies, but could never wrap your head around British literature, this could be your chance to enjoy something you never thought you'd be interested in. "What I've done is taken something, a found object, and made something new out of it," said Winters. "It's embracing something old and turning it into something new. I love being part of that."

The changing landscape of copyright

The global film festival circuit has been buzzing about RiP! A Remix Manifesto -- a documentary that resists the traditional definition of copyright by chronicling the success of Girl Talk (Gregg Gillis), a mash-up artist who rearranges a myriad of pop, indie, and hip-hop tracks to create infectious and dance-worthy remixes.

"Remix culture is a return to folk culture, where everyday people are involved in creative practice," said the film's director, Brett Gaylor, by email. "Having a generation that knows how the media sells them things, attracts their votes, changes their minds is going to be a vital part of 21st century democracy."

Gaylor says the fact that Girl Talk wasn't sued for the use of his mash-ups in RiP! demonstrates the changing attitudes of the "copyRIGHT"-- corporations like the Recording Industry Association of America, Time Warner, and Viacom that strictly enforce limits on patents, trademarks, and copyright. On the other end of the spectrum, the "copyLEFT" movement consists of people and organizations which are open to sharing their works in the public domain using Creative Commons licensing.

Creative Commons was founded by Lawrence Lessig, a law professor and political activist from Harvard University in 2001. A milestone for the copyleft, the Commons established the "some rights reserved" copyright, providing tools for musicians and authors to share their work publicly in a free and legal manner.

Gaylor says public domain should encourage more artistic creativity and sharing, rather than the creation of lawsuits that target users at random. "We no longer have a public domain. The only work that we have access to as remixers is from the beginning of the last century," he said.

It is the "never-ending process" of copyright term extension, however, that concerns Gaylor the most. The Copyright Term Extension Act, also known by critics as The Mickey Mouse Act, ensured that Mickey Mouse and other famous Disney characters did not become public domain upon their copyright expiration date in 2003. Under this act, corporate authors were given copyright for the life of the author plus an additional 70 years, and corporations were granted 95 years.

"If copyright lasted as long today as it did when the concept was invented, I'd be remixing The Beatles right now," Gaynor said. "I'm sure that there will be a lobby to extend copyright as soon as Mickey Mouse is about to enter the public domain again."

Sometimes, to be an independent musician means learning to live with an empty pocket. Indie artists have the benefit of writing and recording what they want and the freedom to focus on their own musical agenda. But the do-it-yourself (DIY) work -- music recording, distribution, and touring -- means scrounging every last penny and putting it all into the band's piggy bank.

Trying to enter the music industry often means enduring the nine-to-five by day to pay-for-practices by night. Most up-and-coming musicians tend to play music as a side project. Justin Myler, the singer and bassist for Black Hat Brigade, has learned to balance his time between work and music.

"I'm able to jump back and forth between my job and playing with the band," said the 26-year-old indie artist from Toronto. "I want music to be a big part of my life. I'm not making money but I just feel driven to do it."

He works at his brother-in-law's catering company, which gives him time to write and jam with guitarist and keyboardist Bryan Ward. Myler will settle with any job in order to make a living and create music simultaneously.

"The only real way to make [the band] work is if you do both at the same time." Myler and his band put their hard-earned money into their first EP, entitled Fathers. They also wanted to incorporate a visual aspect to their music by making a video for their song "Zombie City Shake."

In order to save money, Myler asked his filmmaking cousin to produce their music video. The DIY project cost about $500 to cover props and the people in the video were all zombie-acting volunteers.

"I think you get a very original feel out of it, especially with a tight budget," said Ryan Myler, who's attending Fanshawe College for film production. The 23-year-old student said the music industry is great for allowing musicians and filmmakers to collaborate and expand both their works. "People that listen to music will see the videos and people who pay attention to videos will hear the music."

Working independently has allowed Black Hat Brigade to get a feel for the music industry. But Justin Myler's focus isn't on making it big. "It'd be nice to make money from our music, but we're just looking to write the best songs we can. We'll just keep doing what we do."

The rise of crowdsourcing

What happens when you take the ideas of open source and Creative Commons and mash them up with the millions of folks online? You get crowdsourcing. From collaborative educational resources like the Galaxy Zoo and the Open Dinosaur project to political forums like the Obama administration's "Open for Questions" project, the practice has become a powerful tool for sparking social change.

Projects like the experimental video orchestra project "In B Flat," the endlessly looping Michael Jackson tribute "Eternal Moonwalk,"  and "The Star Wars Uncut Project" -- a crowd-sourced remake of the entire original Star Wars film -- are all evidence of people coming together online to creatively make things happen. And none of them could have happened if the participants hadn't been willing to share what they'd created and open it up to remixing.

Crowdsourcing isn't relegated exclusively to online. Activists from the Broken City Lab in Windsor, Ontario use motivational messages from the community in public art installations to inspire social change. The creative research group, comprised of like-minded young artists, aims to shift the negative attitudes many Windsorites hold about their city.

"Everyone knows it's bad here -- I mean, highest unemployment rate in Canada," says senior research fellow Michelle Souilliere. "There's a shift that has to occur. Windsor is still always going to be here. Instead of leaving it or just speaking negatively about it, I think people need to be reminded that it can get better."

One of their efforts to improve the broken city was their "Text-in-Transit" project. The group collected inspirational messages from the community through an online form on their website. Then, they took out advertising space on the interior of busses and displayed the messages for all to see.

"We were thinking about a way that the community could all contribute," said Soulliere. "Working collaboratively is the best part of what we do. Sometimes, it just takes somebody who thinks a bit differently than you to put the last piece of the puzzle together."

Zine-making in the digital age

It's a love-hate relationship between DIY media makers and technology -- particularly when it comes to the self-published, hand-made booklets called zines.

Lindsay Gibb of Broken Pencil Magazine -- Canada's magazine of zine culture and the independent arts -- says that while unrestricted self-expression remains the chief reason behind why people make zines, technology has revolutionized the how.

Computer-based design programs have transformed what used to be a painstakingly laborious project into a much simpler one, with zinesters exchanging their scissors and glue for the latest publishing software, said Gibb.

Beyond changing appearances, technology has "absorbed some of the energy that used to go into zines," said Jonathan Culp of Satan MacNuggit -- a group that embraces "radically independent media."

For punk-rock zinester Chris Landry, technology has had an even greater impact. "I think the Internet has eliminated certain types of zines," he said.

Sarah Evans, co-founder of the Anchor Archive Zine library in Halifax, disagrees. She said technology hasn't killed zine-making, but has made accessibility and distribution easier. Through sites like Facebook, Ning, and other social networking tools, the Internet connects pockets of DIY media makers to fans. It builds community and helps collaboration, she said.

For 24-year-old Amber Forrester, author of the zines Culture Slut and Fight Boredom, the Internet is vital to her craft. She sells her work on etsy.com, belongs to the "We Make Zines" Ning network, and writes a blog called 'hello-amber.' If it weren't for Internet access, she wouldn't have started making zines eight years ago. "I didn't know how to find zines without the Internet," she said. Yet, despite her online presence, Forrester still makes cut-and-paste print copies of her zines.

"It's the complete lack of personal connection with e-zines and blogs," said Amy Leigh of zine distro twelveohtwo. "With a zine that's in your hand, it's tangible. You can see how much time and effort and heart has been put into that."