Organizers and government partners of the 2010 Winter Games like to talk big. Three billion TV viewers for the duration of the Olympics, they say. Or was that three billion for the opening ceremonies alone? 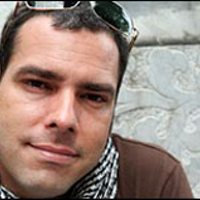 Both scenarios are misleading at the very least, an expert in television viewership told The Tyee Wednesday.

And the notion that half the world will tune in for day-one of the Olympics is plain hyperbole, said Robert Thompson, founding director of the Bleier Center for Television and Popular Culture at Syracuse University. "Those numbers strike me as awfully high," he said.

This Friday, the Olympics will open to global fanfare. Organizers have promised a spectacular ceremony and a huge viewing audience. A 2007 VANOC press release called the opening day spectacle "an event of historic importance" that will unfold in front of a "world audience of three billion."

International Olympic Committee president Jacques Rogge gave the same projections in a Tuesday speech, repeating the "record number" that has been cited in news stories.

Under the first scenario, half the world watches the opening day festivities at B.C. place.

To put that in context, Thompson said, about one third of Americans tuned in for the last Superbowl. It was a television ratings record.

It's extremely unlikely Vancouver's opening ceremonies would trump those numbers in the U.S., Thompson said. And if half the States isn't watching, he said, how likely that half the world will?

"My guess is that marketing of the Olympics is like the marketing of anything else, and the idiom of the day is hyperbole," Thompson said.

He found the second scenario -- three billion viewers over the course of the Games -- more plausible, if a little disingenuous. Given our globalized, media-saturated world, he said it's possible half the planetary population will be exposed to the 2010 Olympics in some way. But that could mean walking by a public TV set, or hearing mention of it on the radio.

"There's a big difference between that and the people who will be actively consuming broadcasts on a regular basis during the course of the Games," Thompson said.

Last December, an anonymous B.C. Winter Games Secretariat official said the three billion figure comes from the IOC. It applies for the duration of the Games, not the opening ceremonies.

That hasn't been entirely clear in recent media reports which still claim the huge number for day one of the Games.

A 2006 study from the European Tour Operators Association concluded that TV viewership projections for the Olympics are based on potential total audiences, not actual viewers.

"It is like judging an individual book's popularity by counting how many people live near book shops or who have access to public libraries," it read.

"These figures get tossed around until they become conventional wisdom and then nobody actually thinks about it," he said.