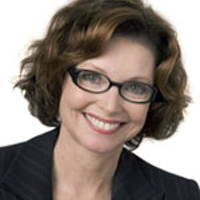 The sweet talk appeared to pay off during the May election campaign. Prominent environmentalists from ForestEthics, the Pembina Institute and the David Suzuki Foundation came out hard against the New Democratic Party leader Carole James' stance against the carbon tax, a move many read as blanket support for Premier Gordon Campbell's government.

The September 1 budget update had many of the representatives of environmental groups attending the briefing in Victoria wondering why Campbell now seemed to be ignoring them.

"The carbon tax is intact," observed Jeffery Young from the Suzuki Foundation. That was good news, he said, but that's where it stopped.

Beyond that, he said, the update had "Reductions across the board for the environment."

Asked what he thought of how the election had played out, he said, "We didn't intend to support any government." He added, "It's all water under the bridge. I do feel the David Suzuki Foundation was misrepresented to a certain extent too."

Environment Minister Barry Penner, speaking shortly after Finance Minister Colin Hansen presented the budget to the Legislative Assembly, was unapologetic about the cut his ministry had taken. "That's because we had to put more money into healthcare and education," he said.

The Environment Ministry appears to have taken a 19 per cent hit from what was presented in February, and a decrease of 14.2 per cent from last year. A ministry official said that its fair to say the ministry's core funding has been cut by 11.4 per cent.

The ministry had been paring back its budget since February, Penner said. "We're continuing on with that plan and looking for more savings where we can." It is working to minimize layoffs, he said, but some programs have had to go.

Despite the drop in funding, Penner said, the government's commitment continues. "We're still leading on the environment," he said, citing the clean energy fund, promised endangered species laws and a committee that will consider pesticide reduction legislation.

The province has protected 14 per cent of the land in parks and conservancies, he said. It continues to work on a cap and trade system to reduce greenhouse gas emissions and will give the B.C. Utilities Commission clearer instructions on the green energy policy.

And of course there's the carbon tax, which increased on July 1 to $15 per tonne of carbon dioxide equivalent emission.

The carbon tax may be intact, but it's not enough, said Christianne Wilhelmson, managing director for the Georgia Strait Alliance.

"We have seen our hopes dashed, there's absolutely no doubt about it," she said. "You can't build a climate change plan around the carbon tax. It is a really important tool, but it can't be built around it."

Cuts to the Environment Ministry will hurt, she said. "Considering that two and a half years ago we were seeing a government that was seemingly seeing the connection between a healthy environment and a vibrant economy, to see the fact they've fallen back on their old ways and are just cutting environmental protection, environmental stewardship, even the climate action secretariat [is disappointing]," she said. "They're still basing their decisions on very old principles."

Subsidies to the oil and gas industry which will hurt the environment were maintained, she said. But things that help were cut. "Things like the LiveSmart program which was actually helping people to green their homes, lower their greenhouse gas emissions, it's gone."

On balance, she said, "We're going to see environmental degredation as a cost."

The budget update is a reinvestment in the old economy, said Dogwood Initiative Executive Director Will Horter. "Reducing climate friendly programs and investing in climate unfriendly programs is not really building a foundation for B.C.'s future," he said.

He pointed to reduced royalty rates for oil and gas exploitation that amount to a six per cent subsidy for an industry that makes a major contribution to greenhouse gasses. "They're attempting to out-compete Alberta by selling our resources cheap and selling our future cheap," he said. "The gas is worth more in the ground than it is pulled out."

Environmentalists knew there would be hard choices, he said. "We have serious concerns about some of the choices that they're making that re-emphasize investment in climate unfriendly industries like mining and oil and gas while getting rid of incentives like LiveSmart, etc."

Most environmentalists limited their comments during the election to the policies the different parties presented, Horter said. While some were seen as endorsing Campbell's Liberals, he said, it wasn't an endorsement he made.

"It's a challenging question for me because I get lumped into that group," he said. "If you said anything positive about the government then you were in their camp, in some quarters. Politics is about eternal vigilance, what have you done for me lately. This budget shows they haven't done much for future generations and the environment lately."

He added, "We need radical changes in how our economy is structured, financed and incentivized and this budget is a step in the wrong direction."

Tom Hackney from the B.C. Sustainable Energy Association said his party supports appropriate policies but is non-partisan. "The green economy of the future is going to demand some serious support from the government," he said.

By that measure though, Tuesday's budget update was a failure.

"It shows the government is falling back on old spending habits," he said. The budget funds highways and subsides for oil and gas. It also introduced the Harmonized Sales Tax which will exempt fuels but not on sources of green energy like solar panels.

Or as Green Party Leader Jane Sterk put it, "Clearly climate change isn't on the agenda of this government anymore, except in rhetoric."

The budget had little to say about the environment, he said. "It shows they turned their back on it. It has gone from a priority for them in terms of a giant PR exercise to one of the ministries that's facing one of the deepest cuts in this budget."

The ScrapIt program has been cut back, LiveSmart is gone and new taxes will add to the cost of heat pumps and any other climate-fighting equipment homeowners might want to buy. "Almost every project that was announced as a program as part of the so-called 'green budget' has been unceremoniously dumped post-election," Fleming said.

"They scaled back virtually every program they had," he said. There are no big systematic steps being taken to build a new green economy, he said, and "The small symbolic steps have since been reversed."

Green rhetoric is worth little if there's no money to protect the environment, said University of Victoria political scientist Dennis Pilon. "The government can pass any number of laws, but if they don't enforce them it's pretty difficult."

Environmentalists have worked hard in recent years to phrase their needs in ways that make sense to market capitalists, he said. While that may have helped them seem relevant to a neo-Liberal government, it's not enough, he said. "They still need a co-operative government that's prepared to enforce various aspects of it."