Right now, Europeans are likely suffering because of the climate crisis. Sweltering heat waves have broken records across the continent, pushing temperatures into the 40s. Those temperatures have caused deaths, much disruption and misery.

So I was disappointed when that misery coincided with the Vancouver Sun’s publication of an op-ed column by University of Guelph economics professor Ross McKitrick claiming we only have a “vague inkling” that we “might” be in a climate emergency a “decade from now.”

That comment may surprise some readers of the Sun, which has a storied past and was the most-read newspaper in Western Canada according to the most recent report from News Media Canada. After all, many of them have already experienced that emergency as a result of the climate change-fuelled wildfires which devastated British Columbia in 2017 and 2018, cloaking the Lower Mainland in smoke. It may also surprise readers who have seen this summer’s satellite images of the Arctic on fire.

And it would almost certainly surprise the scientists who authored three major peer-reviewed studies on climate change that were published a day after McKitrick’s column. Commenting on those studies for the CBC, climatologist Gavin Schmidt said they underline the fact the global heating we are seeing is “unusual in a multi-centennial context” and that we are to blame for it.

In fact, we have much more than a “vague inkling” that there is a climate emergency given the voluminous scientific research and observable evidence supporting that conclusion.

For example, in October 2018, the Intergovernmental Panel on Climate Change warned our carbon emissions must be about 45 per cent of what they were in 2010 by 2030 to avoid increasing the risk of extreme heat and drought in the future. Seven months later, another United Nations group warned a million species are threatened with extinction due to human activity, including climate change.

And according to a 429-page report that the British Columbia government quietly released last week, climate change could have catastrophic consequences for the province.

Yet McKitrick seems to ignore this kind of research and evidence in his 655-word commentary, which was published online on July 23 beneath a headline that included the words “Reality check” and made it into print the following day.

Instead, the Fraser Institute senior fellow alleges those alarmed about the climate emergency make their case by rattling off “unsubstantiated slogans about the weather getting worse and more extreme.” Moreover, he appears to believe that because a handful of local conditions don’t indicate a climate emergency, the effects of global heating won’t be felt by all of us. This is the same as saying there isn’t an epidemic because your household hasn’t been infected yet.

McKitrick’s arguments benefit the corporate and political interests who have frustrated and continue to forestall attempts to take climate action.

And by publishing this op-ed and others like it, newspapers such as the Sun are creating a journalistic crisis.

Our principal responsibility is to find and tell the truth. Indeed, democracy hinges on us doing that because without the truth it’s impossible for the public to make the informed, rational and empathetic decisions expected of us in a democracy. And, in the coming months and years, no decision will be more important than how we decide to respond to climate change, both individually and collectively.

I believe the editors of the Sun, where I briefly worked, take that responsibility seriously. I believe its journalists share that commitment, and that many are trying to diligently report on the environment.

However, by publishing op-eds such as this, their newspaper isn’t serving the truth. It is polluting the public square by propagating what the best science tells us are untruths about the most pressing problem of our age. In doing so, it is sewering the credibility of the news media with the portion of the public that still prizes facts over beliefs.

I appreciate this is a difficult time for those of us in the media. In our lifetimes, we have never had to contend with so many groups and individuals who are strangers to the truth. Some consciously disregard the facts for their personal or political gain. But most do so unconsciously, frightened by the changes the climate crisis may necessitate and living in pseudo-realities constructed by self-perpetuating propaganda machines.

The result is we are now practising journalism at a time when the very act of telling the truth makes one seem biased to many in our society, an appearance we have always tried to avoid.

But we must tell the truth. It is our societal mandate. And I would rather have the words truth-teller as my epitaph than be remembered for failing to defend it when it was under assault.

So, in the interests of journalism, democracy and our own survival, I’m reiterating the request I made last week asking the Sun’s editor-in-chief Harold Munro to publish a letter to readers refuting McKitrick’s op-ed and sharing with them the evidence that we are in a climate crisis.

I am further requesting the Sun and the rest of the Postmedia group of newspapers take immediate steps to ensure readers can trust that they are reading the truth about the climate crisis in the columns, editorials, op-eds and letters to the editor they publish.

Such steps are not without precedent. For example, in 2013, the Los Angeles Times announced it wouldn’t be publishing letters to the editor that deny human-caused climate change because such a statement isn’t “an opinion, it’s asserting a factual inaccuracy.” 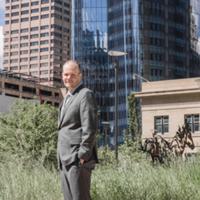 And last year, the BBC advised its staff that while there may be “occasions where contrarians and sceptics should be included within climate change and sustainability debates,” interviewers “need to be aware of the guest’s viewpoint and how to challenge it effectively” so they can let their audience know “whether they are speaking with authority from a scientific perspective.”

If we fail to take such actions, journalists will be contributing to continued inaction on the climate crisis and, by extension, the ruination of the world we share with millions of other species.

The Vancouver Sun and journalists as a whole must do better. And I am counting on the members of its newsroom to be leaders in this effort.