“The Canadian cannot get along without his newspaper any more than an American could without his tobacco,” Susanna Moodie wrote in 1853.

Our addiction to news continues, though our newspapers are in sad decline as we mainline our news through other media. Robert Lewis, himself a veteran journalist, offers us an intertwined history of Canada and his profession as they saw each other.

A striking fact emerges early in Lewis’s chronicle: for the first 90 years of Canada’s history, our newspapers were the propaganda outlets of the Conservatives and Liberals.

The idea of “objective” political reporting never occurred to those working for The Globe (funded and run by Liberals) or The Mail (funded personally by Sir John A. MacDonald and other Conservatives). Liberal papers reported Liberals’ speeches in detail, while ignoring Conservatives’, and vice versa. 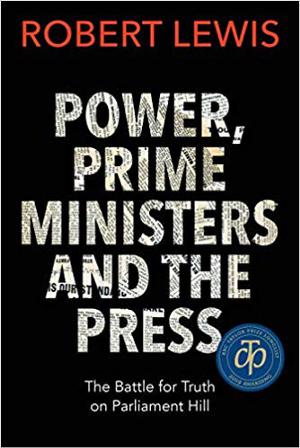 This state of affairs began long before Confederation and shaped our journalism and politics for decades thereafter. The grandfathers of Canadian media like John S. Willison, editor of the Globe from 1890 to 1902, didn’t just promote their party’s line; they were the first spin doctors.

For example, “Willison tutored [future Liberal prime minister Sir Wilfrid] Laurier on the ways in which he, a Catholic French Canadian, could become presentable to Orange Anglo-Ontarians.”

Lewis makes an important observation: journalism was a ladder to the top for a lad with the right politics. Willison and John Dafoe, a Manitoba newspaper editor, political advisor and eventually Senator, were farm boys, high school dropouts who rose to power and influence by promoting the Liberals.

Grattan O’Leary, a poor Irish boy from the Gaspé, launched his journalism career at 21 by admitting his lack of experience to a New Brunswick editor — “But I’m a good Conservative.” He too ended up in the Senate.

While Willison, Dafoe, O’Leary and others found eager backers in the two main parties; journalists with similar ties to insurgent parties like the Co-operative Commonwealth Federation, or its successor the New Democrats, are notable for their absence from Lewis’s book.

But a promising young journo of the right persuasion could enjoy remarkable access. Lewis tells the story of Victor Mackie, who was on such good terms with Mackenzie King that he could stop the PM in the corridor for a chat. He carried on the practice with Louis St. Laurent, and eventually other reporters followed him to grab bits of news. Thus, the modern scrum was born.

Still, reporters like Mackie — Liberal or Conservative — took pains to develop good contacts with the opposition and to keep secrets shared with their confidants. It was a time, Lewis writes, “when reporters were more chroniclers than antagonists,” and politicians and reporters respected one another.

Not until the great Pipeline Debate of 1956 did Canadian journalists (and publishers) begin to escape the thrall of the two main parties and try to find the truth (if any) hidden in the parties’ rhetoric.

Despite that souring of relations, some journalists still make their profession a stairway to heaven — or at least, like Mike Duffy and Pamela Wallin, to the Senate.

Others become celebrities within their profession; in 1968 the 20-year-old Peter Mansbridge was recruited on the strength of his voice when a CBC station manager in Churchill heard him announcing the departure of a flight to Winnipeg. The next night, Mansbridge was on the air as a disc jockey.

Journalists say they don’t like it when they become the story, but Lewis’s book is a compendium of such stories. It’s also an anthropological study of a macho culture now in decline. Women in the parliamentary press gallery were rare to non-existent and patronized at best.

The guys were very much in the great 20th century of self-destructively hard-drinking, chain-smoking newsmen. In the 1950s they were the lords of print, and reluctant to admit new media like radio and TV to the press gallery.

The journalists of the 1950s could become political figures in their own right. The august Bruce Hutchison dominated the media while rarely leaving his beloved Victoria, and Blair Fraser’s death in a canoeing accident shocked the country in the 1960s. Hutchison was notable for extending himself beyond the limits of the column and feature article to full-length books like The Fraser and The Unknown Country: Canada and Her People. 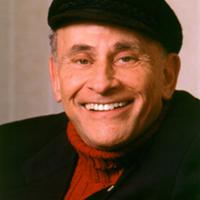 Meanwhile, Peter C. Newman, a refugee from Czechoslovakia, created a new genre of political books with Renegade in Power, a gossipy account of Diefenbaker’s rise and largely self-inflicted fall. That led to a series of such books, usually glorifying some rising star in politics or business, or lamenting that star’s fall, in narratives rich in what Lewis charitably calls “crazy metaphors.”

It was a great life if you didn’t weaken, and some did. Norman DePoe, an early star of CBC TV news, was renowned for his easy mastery of a medium requiring a good story, delivered live, in an arbitrary number of seconds. His skill was all the more impressive, since he was also drinking heavily and coping poorly with his status as a celebrity reporter.

Similarly, Marjorie Nichols was the queen of the Vancouver Sun’s glory days as a writers’ paper, bashing out scathing columns on federal and provincial politics. Columnist Allan Fotheringham and talk-show host Jack Webster picked up her stories and extended their impact. “In the 1970s,” Fotheringham would later write, “the three of us ran Vancouver.” But alcohol and hard living burned her out; she died of lung cancer in 1991.

Lewis’s book ends with an elegy for the dying Canadian print media. Whether you were a Liberal or a Conservative or a New Democrat or a Socred, you got your vision of the country through the eyes of the ink-stained wretches who wrote about politics. For all their sycophancy to power and their misogyny and alcoholism, they often won the battle for truth on Parliament Hill.

The country does look a bit different as seen by ink-free online millennial reporters, and that may explain the alienation some of us elders feel. We still want the inside story, the real deal, so we can feel we’re insiders like Dafoe and Hutchison and Mansbridge. The millennials remind us we’re outsiders and always will be.

Implicit in Robert Lewis’s book is the conclusion that the inside story is not the story at all. It’s just gossip about the limited, complicated men and women who struggle to make policies and enact laws that the rest of us have to live under. Those who report on them are equally limited and equally complicated.

Journalism may be the first draft of history, but like many first drafts it usually has to be junked once we know what the manuscript is really trying to tell us.