One of the most famous letters to the editor ever published was written more than a century ago by eight-year-old New Yorker Virginia O’Hanlon.

In it, she asked New York Sun editor Francis Church about the existence of Santa Claus. It was the foundation for Church’s equally famous editorial reply, “Yes, Virginia, there is a Santa Claus.”

Virginia’s query about whether Father Christmas was real was as innocent as Church’s reply was cordial, reflecting an era when letters formed the main means of communication — albeit one-way — between readers and newspaper editors.

The New York Sun closed its doors in 1950, but letters to the editor remained the primary way in which readers engaged with newspapers for many decades, until Internet media let readers comment online and in some cases anonymously. Comments were unlimited, unedited and unencumbered by the editorial publishing criteria associated with traditional letters to the editor.

Fast-forward to today and online commentary is at risk, with the very media members that originally touted it as an opportunity to deepen citizen engagement now unwilling to defend it against a hijacking by so-called Internet trolls. I’m glad to see that The Tyee still supports online comments because I think they are a laudable function of new media.

Newspapers that occupied exclusive space on suburban doorsteps 30 years ago now have companion websites complete with social media feeds, sharing options and the opportunity to engage with reporters, editors and other readers through online commentary.

However, the latter function remains largely unmediated; commenters are free to express themselves in any way they desire, and short-staffed Canadian newsrooms that have seen one-third of their workforce eliminated do not have the resources to monitor them.

And so some newspapers have killed online comments entirely: the Victoria Times Colonist, one of 13 daily newspapers left in British Columbia from the 36 dailies that existed at the start of the decade, cut their online comments in 2016, following the decision of the Toronto Star in 2015.

The Times Colonist blamed “trolls” for chasing away all the “reasonable people” with truly valuable opinions. And in 2015, the CBC temporarily closed comments on stories about Indigenous people, citing hateful and racist commentary.

But these decisions are a shortsighted and devastating blow to citizen engagement, and particularly to those citizens who are already vulnerable to low levels of participation in the public sphere.

Research into opinion commentary during a specific social conflict found that anonymous commentary on online news sites allowed for a balanced mix of opinions and ideas; in contrast, signed letters in the newspaper collectively touted one dominant opinion, leading the researchers to suggest anonymity is synchronous with freedom from the public scrutiny and judgment that can limit expression.

Moreover, anonymous online commenters may enjoy a deeper sense of equal participation because they are not judged by their race, gender and other personal information that could potentially be deduced from a name.

Yet according to a study by Western Washington University journalism professor Carolyn Nielsen, members of the media themselves loathe online comments. In a survey of 583 journalists at daily newspapers in the United States, journalists’ contempt for online commenters appears widespread, originating in journalism school and reinforced throughout their careers via workplace culture. 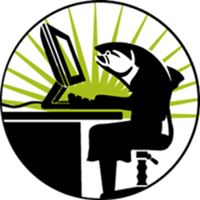 The Tyee Commenter’s Guide to Civility: A Humble Refresher

That’s understandable. After all, trained journalists make their living with accurate portrayals of current events and issues, and their work is commonly bylined for review by thousands of readers, some of whom specifically follow the work of a favourite reporter.

I have my own personal example: for years, my mom was a dedicated reader of everything the Vancouver Sun’s Stephen Hume wrote. If Hume wrote it, it was transformative. No edition of the Sun ever made it to the recycling bin before it was scrutinized front to back for the delicious possibility of a Hume story; and if the Hume story was particularly resonant, it would be pushed on others in the family, including me, a writer of newspaper missives myself, though clearly not as talented as this Hume fellow. (To be clear, my mom was right about Hume, and it was a loss to Sun readers when, like so many other wonderful journalists, he took a voluntary layoff last year.)

In contrast to the skillfully told news stories of a trained journalist like Hume, any reader with an Internet connection and a mobile device produces the user-generated content that fills the online comments sections. The vast majority of journalists who participated in the survey believe online comments “had nothing to offer, were not thoughtful, were not on-topic, and/or were written by a vocal minority of voices that did not reflect the broad readership.”

Perhaps. But the online comment sections of newspapers still comprise one of the most popular and inexpensive ways to engage citizens. They are important in their ability to communicate issues across wide and diverse audiences and they act as a catalyst in the shaping of public opinion. Although in their current state — largely unmediated by newspaper staff and dominated by vulgar voices of incivility — online comments have fallen into disrepute.

I may be in the minority, but I believe readers benefit from and the public sphere would be well served by newspapers and other online media that resist pressure to jettison these sections and instead implement a truly functional model of online commentary that contributes to digital democracy and citizen engagement by fostering the standards of rationality, inclusivity and equality.