Censorship is a word that gets people of all political stripes rightly fired up.

Ezra Levant used it to recruit supporters in his latest online campaign, built on the phrase “They tried to kill The Rebel” and launched after the website was briefly unavailable to some regions of the world.

It earned him some unquestioning media coverage, but is the claim true?

Levant suggested he didn’t know if it was true in the National Post’s very brief Aug. 21 coverage of his claim. “If this was a political censorship decision, it is terrifying,” he said. (Emphasis on “if” added.)

A tweet on the disruption the next day was less ambiguous: “THANKS for your patience. The Rebel is back up on 96% of the Internet. Shame on our old DNS server for censoring us, for being conservative.”

But two weeks later, Levant hasn’t provided any information to support his claim.

Levant’s more detailed explanation, available in the list of wrongs done to The Rebel as part of its online pitch to recruit supporters, was that “a DNS provider (part of the Internet) would no longer allow a partner to host our domain, on 24 hours notice with no explanation.”

Very oddly, however, Levant does not name the DNS provider or the partner. If he were serious about the claim and, more importantly, the issue of censorship, one would assume that he would name both and demand a public explanation. He’s certainly been quick to name and blame companies that pulled their ads from the site, even urging a boycott of Porter Airlines and Whistler Blackcomb.

But The Rebel did not do this. And two weeks later, the vague claim remains on the site, and 14,176 people have handed their email addresses over to the business as they filled out a form to show they “Stand with The Rebel.” (Less than half Levant’s 30,000 goal.)

It’s hard to understand The Rebel’s secrecy, as the issues aren’t complex.

A DNS provider is part of the Internet’s domain name system, providing the linking service that allows us to type in thetyee.ca instead of a numerical IP address like 208.70.246.154.

The best interpretation we can make of Levant’s vague statement is that he’s suggesting the company responsible for redirecting you when you type in therebel.media was saying “no, we will not point you to the server at 52.216.21.218,” where The Rebel website lives. But that could be for any number of reasons other than censorship, from technical errors to lapsed registrations.

Where it appears to live, based on its DNS address, is a server on NationBuilder, a popular organizing and fundraising platform, implemented for The Rebel by federal Conservative leader Andrew Scheer’s campaign manager, Hamish Marshall. Marshall was a Rebel board member until this month, when he said he was cutting his ties to the business. The Rebel domain currently redirects to NationBuilder’s IP addresses.

A NationBuilder spokesperson, who asked not to be identified, confirmed The Rebel is a client but said he could not respond to questions about any problems with DNS providers or access to the business’s website.

It’s troubling if a DNS provider did shut down The Rebel for political reasons, as Levant suggests. When Google and GoDaddy terminated the domain services for the neo-Nazi website Daily Stormer there were, rightly, words of caution from civil rights watchers.

But so far, The Rebel hasn’t done anything to support its claim of victim status.

It’s possible that the facts are still unclear and Levant is wisely being cautious, having been sued twice successfully for libel and forced to apologize on other occasions.

But meanwhile, everyone concerned with the risks in silencing unpopular opinions is awaiting an explanation. Was it a mere technical error — and was it The Rebel’s error or the unnamed DNS provider? Will Levant remove the insinuation from his pitch if it can’t be substantiated?

The Rebel’s fundraising efforts are already under scrutiny. A former staff member claims that crowdfunding campaigns weren’t needed for the purposes claimed and that a reporter was pressured to continue fundraising well past the threshold needed for a proposed trip used as the fundraiser’s justification. (Levant says the former staff member is disgruntled and threatened to smear him.) The Rebel pulled in $1.54 million through crowdfunding in the last fiscal year, Levant says.

The Rebel’s crowdfunding isn’t the only revenue stream under scrutiny. Sleeping Giants, originally a Twitter account highlighting advertisers that unwittingly appeared in the automatic shuffle of Google ads on right-wing news site Breitbart, set up a Canadian version targeting companies advertising on The Rebel. Many companies responded by adding The Rebel to the list of sites where they don’t want Google to place ads, including Porter Airlines, Rona Inc., and Hudson’s Bay Company. 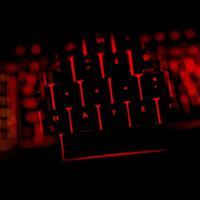 The only one of The Rebel’s revenue streams that’s escaped scrutiny so far is Zype — a “platform that lets you publish and monetize all of your video content using a single interface.” The Rebel uses Zype to deliver “premium content” to paying viewers.

When contacted and asked if Zype has faced any pressure to dump The Rebel or has a policy on hate speech or other questionable content, the company did not offer a comment.

Political divisions and online wars are increasingly intense, and we have yet to agree on rules of engagement. Do we want to allow private tech companies to decide what kinds of opinions will enjoy uninterrupted online availability in Canada, as has occurred in the U.S.? What kind of content — if any — justifies corporate censorship? We need to have that debate.

But first, we need to know if The Rebel was knocked briefly offline because of its politics, or for much more mundane reasons — and whether its pitch to recruit supporters matches reality.