Telling the difference between real and “fake” news can be tricky for even the savviest media critic. But it’s about to get much harder, thanks to new technologies that may be sophisticated enough in manipulating video and audio that you’d be hard-pressed not to believe former U.S. president George W. Bush had a facial tick.

WNYC’s RadioLab podcast takes a dire look at these technologies, including new software that the company Adobe hopes will be the Photoshop of audio editing. But the show’s producers were unable to find a media critic, creator or scientist with an easy answer to detecting this new kind of news fakery.

The only offered “solution” is to rely on the tech savvy teenagers of today to find the answer. But while today’s kids might have the skills to reprogram your computer, those aren’t the same skills required to determine the authenticity of a Twitter account.

British Columbia’s new kindergarten to Grade 12 curriculum has a strong focus on “media literacy.” But it’s a broad term that encompasses everything from creating media to analyzing how media impacts how people view themselves and the world around them.

So how does the new curriculum help prepare our future fake news detectives?

“We’re finding that there are exciting parts of the new B.C. curriculum that are going to help with this,” said Eric M. Meyer, a former teacher-librarian and current assistant professor in the School of Library, Archival and Information Studies at the University of British Columbia.

This includes lessons as early as Grade 4 on understanding, evaluating and critiquing media sources, including text, images and video. However, Meyer fears these lessons are coming too late.

“We need to start focusing on that earlier, because students are using online resources as early as Grade 1,” he said.

While media literacy lessons fall under a number of different subject areas, from computer and design skills to English and social studies, it’s teacher-librarians that have traditionally taught these lessons, says Jessica Bonin, president of the British Columbia Teacher-Librarians’ Association and a teacher-librarian in the Prince George school district.

That changed after the provincial government unconstitutionally stripped teachers’ contracts in 2002, eliminating ratios for the number of teacher-librarians — among other non-enrolling teachers — to be hired based on the student population.

“Over the past 15 years, we’ve lost over 38 per cent of our full-time equivalent positions,” she wrote in an email to The Tyee.

Classroom teachers will find themselves responsible for news media lessons, too. But the new curriculum moves away from prescribed lessons toward broader learning concepts. This gives teachers more autonomy over their lessons, but also relies on them to have or seek out the knowledge required to teach news media literacy.

While there is information available online for teachers, and even non-profit organizations dedicated to bringing media literacy into Canadian schools, there’s not a lot of in-district professional development available.

But while Meyer has dedicated his research to studying how kids from middle school to university conduct online research and assess information credibility, he says other studies show adults don’t fare much better at telling online fact from fiction. And it’s not just a lack of media smarts holding them back.

“You can hear a news article and very often draw an incorrect conclusion from that news. In other words, as much as reporters and journalists do their very best to make a story understandable, we’re going to take away from it what we want to take away from it,” he said.

“It’s about digital literacy as a whole, and trying to look at what’s the best approach when it comes to integrating digital literacy into the classroom,” he said. “The other component is I talk about fake news, and what does that mean for us teachers to be able to make students aware of how they have to be more vigilant in terms of what’s out there.”

This includes providing educators a set of tools to impart to kids about detecting fakes, as well as developing their own media. The skills learned in high school digital design courses, for example, could help students determine whether videos were altered after the fact, Darvin said.

BC Teachers’ Federation president Glen Hansman acknowledges a dearth of pro-D for all subjects, and blames the previous government for forcing districts to cut down their pro-D capacity to save money and balance budgets.

“That makes it very hard for school districts to make things available,” said Hansman, who used to lead pro-D workshops for the Vancouver district until his role was cut.

But even if there were pro-D opportunities, news or media literacy is hardly the only area of interest for teachers who have to adapt to a new curriculum, he added. Learning more about including Indigenous content into their lessons, for example, might seem more pressing given the new curriculum’s focus on increasing Indigenous ways of knowing.

Teachers are of course free to pursue this knowledge on their own, and some start even before they get into the classroom, says Özlem Sensoy, an associate education professor at Simon Fraser University who teaches a course on what she calls “critical media literacy”: taking into account political and historical context when critiquing and analyzing media.

The course falls outside of the education faculty’s required courses for budding teachers, so the majority of her students aren’t future teachers. However, Sensoy notes the teachers she does teach are the most likely to impart critical media literacy skills, because they are already interested in news media.

“I would be very nervous to send someone in to work with young people who themselves haven’t really developed the skills to do media literacy, or any topic,” she said.

That being said, Sensoy questions whether we should be putting yet another learning objective on top of teachers’ already full plates.

“That’s the nature of what the school system has become, which is a catchall for all these social issues that need to be addressed,” she said.

Darvin suggests schoolteachers and administration create their own digital media literacy lesson plans for their students. Having more pro-D workshops like his own, where teachers from different schools can compare notes, would be helpful too, he says.

Hansman notes a lot of the skills helpful to being media literate are taught in the earlier grades under different headings.

For example, part of the Grade 4 English language arts curriculum, “is considering different purposes, audiences and perspectives in texts — and those are all a skillset of media literacy,” he said. 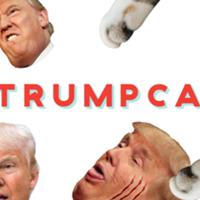 Don’t Panic! Fake News Is Easy to Spot If You Know What to Look For

But so far much of the high school curriculum on media literacy is found in elective courses.

The teachers’ union has recommended the number of credits required for a Dogwood diploma be increased as part of the ongoing government review of graduation requirements.

If government agrees, Hansman said, students may have to take more electives. Or courses that are elective, like the ones that include media literacy lessons, could become mandatory.

Everyone The Tyee spoke to agreed critical news and digital media literacy skills are necessary when we all have access to more information than previous generations thought possible. Not just for the sake of having literate students, but for the health of our democratic institutions.

“This type of technology that allows us to propagate misinformation is something that is a direct threat to the democratic way of life. I think it’s essential that we work on this and make this a priority for our school systems.”